Review: The Church Of Legs Akimbo 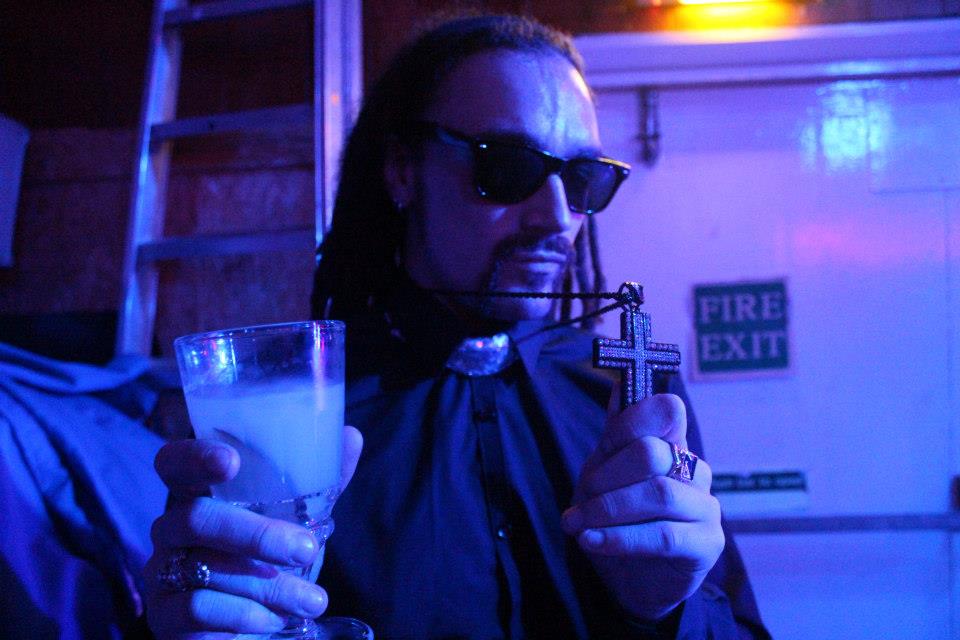 Those of a religious or sensitive nature should look away now. 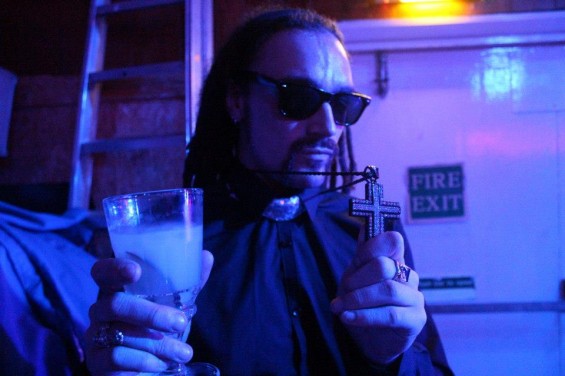 “Hallelujah motherfuckers and welcome to The Church, a place where you can sin and sin and sin again and there will always be redemption for you in the morning if you ask for it.” And so begins the evening’s service in a place where guilt is outlawed and baby Jesus himself is eager for you to get on down and have a damned good time.

The evening sees Bethnal Green Working Man’s club appropriately enough bedecked with chintz and luminous crucifixes. First impressions would suggest that this might be a bit goth, if it wasn’t all so glittery. Host Arse-Angel Gabriel arrives on stage adorned by leggings, short chaps and a set of white wings that have seen better days or maybe decades. Who knew heaven was quite so gay?

The fallen feathered friend of God introduces an eclectic bill of physical comedy and character acts including the silly Carlo Jacucci, the mystical Stefan Gaphausen and the frankly bizarre We Are Goose.

The latter works a ten-minute act of lengthy historical explanation of the birth of the 19th century body snatching movement up to a climax of a man dressed as an Irish giant waving his arms around and singing “No, No, John Hunter, don’t take my body, don’t take my soul.” They have an “evil-o-meter” which elicits more laughs than you’d expect. At one of its extremes, Bill Murray smokes a pipe as the symbol of absolute joy in the world while at the other Jimmy Savile as He Who Must Not Be Named is the symbol of absolute evil, showing that you can’t go wrong with shameless bad taste.

The evening is, however, all about The Church of Legs Akimbo, an hour long show that is at once blasphemous, joyful and filled with energy. For decades now, rock and roll has taken from soul and gospel and is now giving something back to JEEESUS. The main instigator in this show is the Reverend Alabama Jackson who evinces a mixture of mock religious ecstasy, southern down-home charm and full stage swagger. Backing up the good rev are his disciples featuring three backing singers/dancers in sparkling choral robes, an organist and even a DJ.

The Church lead the congregation in a rousing set of songs that gets Bethnal Green Working Men’s Club singing along and swaying with them. Of course it is only a matter of time before the weddings, absinthe absolutions and other ceremonies get underway and the crowd here are happy to get involved, no doubt helped by the fact it is past midnight on a Friday and everyone seems quite pissed. Sermons like this would drive many back to religion. Jackson is a man to follow on a crusade, such is his conviction.

It’s a strange show. A bit like when Spinal Tap started playing actual gigs and you weren’t sure whether it was still character acting or if they’d somehow become an actual band. Here too at some points the satire fades away as the enthusiasm behind it feels so genuine. The people behind this show have gone to great lengths to have a good time and they damn well want you to have a good time with them.

We have no idea what evangelical Christians who are being spoofed here would make of this but there is nothing malicious in this show and the humour stems from a good place. If you feel like being saved from the mundanity of modern life, book a pew down at the Church of Legs Akimbo