Review: A Spoonful Of Sherman, Live At Zedel 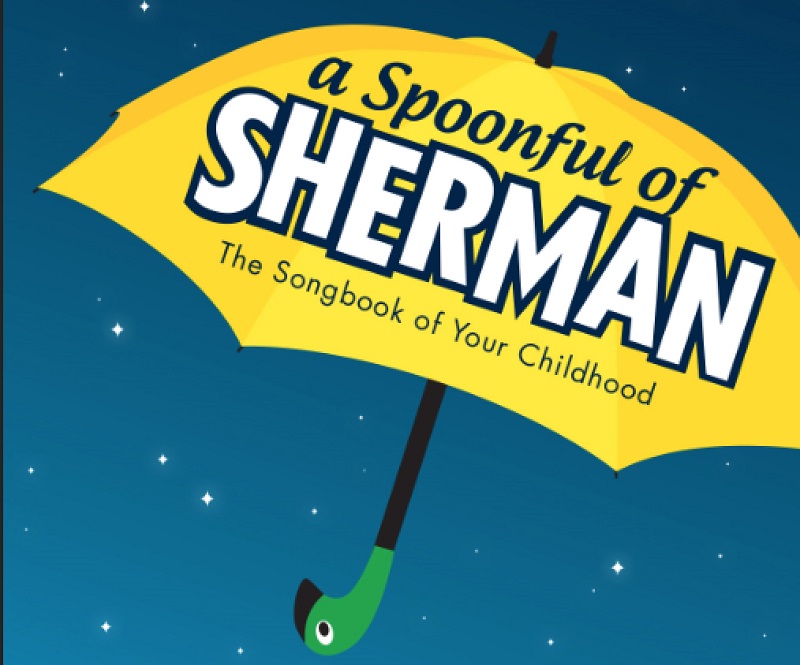 A Spoonful Of Sherman, Live At Zedel

Here’s a recipe for you: take two reality TV singing competition contestants, the son/nephew of a famous song-writing duo and add in a pianist with a grin that you need sunglasses to look at. Add A Spoonful of Sherman and, depending on your viewpoint, you’ve either got a smorgasbord of delights or a nauseating bucket of saccharine.

Even if you don’t know who the Sherman brothers were, then you almost definitely know their songs. Family musical composers extraordinaire, they were the toast of Disney and composed the music for Mary Poppins, The Jungle Book and Chitty Chitty Bang Bang to name a brief selection. They also churned out some jingle-style hits and wholesome pop ballads as well as winning Grammy Awards and Oscars. If you’ve seen 2013’s Saving Mr Banks then you’ll recall them as the all-American brothers who Emma Thompson’s P.L. Travers (author of the Mary Poppins books) wanted to perpetrate acts of violence upon.

Robert J Sherman created the show as a tribute to his father and uncle.  He also chooses to honour his grandfather Al Sherman, who wrote hits for Frank Sinatra and Ella Fitzgerald, as well as honouring himself by throwing in a few of his own compositions. Sherman sits on the side of the stage, periodically fluffing lines, coughing into his microphone and introducing the songs whilst Daniel Boys and Helena Blackman belt them out on the tiny Zedel stage.

It’s an oddly chosen set list with a puzzling format.

It’s an oddly chosen set list with a puzzling format. We have to wade through the Tin Pan Alley hits of his grandfather and a few cheesy 50’s hits before we get to the meat and potatoes with a bit of Baloo and Bert the Chimney Sweep. Then we’re dragged along with a few of Robert J Sherman’s fringe hits (one of them is a song about a cracker addicted parrot and a singing penguin, apparently) before we get back to anything “Truly Scrumptious”.

It all feels strangely sterile with disappointingly little information of interest imparted about the fantastic songwriters who were also his father and uncle. Boys and Blackman make as good as job of it as they can of it, jigging about and flashing teeth along with painfully winsome looks of longing. The stage is so cramped and the club so intimate that it actually comes off as more cruise ship bar than musical extravaganza.

There are moments that might send you soaring but overall it might just make you want to head for the exit “toot sweet”.

A Spoonful Of Sherman continues at Live At Zedel until 20 August.