Review: Between The Sheets, Underbelly Festival 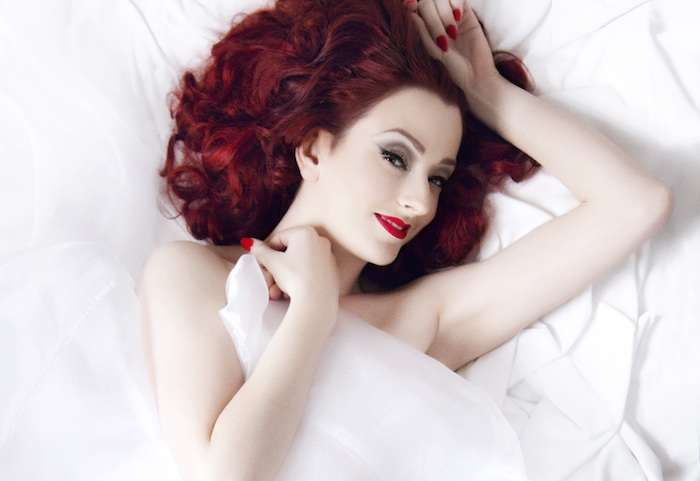 Between The Sheets, Underbelly Festival

Deep inside the newly-renamed Underbelly Festival, burlesque extravaganza Between The Sheets invites us to dim the lights and slip into bed for their fourth run at the Paradiso Spiegeltent.

Producer and MC Polly Rae has kept the show largely as it was last year but with a couple of alterations; the cast has been changed up to add a few new faces and one of the highlights from 2016 has a brand new role.

Making her Sheets bow, Beau Rocks adds more than a frisson of sexual intimacy to the night. With some trickery of the light, she appears silhouette black, except for her pornographic neon pink lips and bikini. Her chair routine would make Sally Bowles blush as Beau throws shapes before the audience and plays with boundaries. Nice touches show this elegant dancer as if splashing about in a puddle of mud, covering hands and face in pink mud like an insane Glastonbury raver.

Fellow debutants Duo Visage perform a graceful acrobatic act which sees them tumble in utter sync on a hoop suspended from the ceiling; they achieve that rarity of making it look both muscular and effortless.

Polly tells us that it is her sheets we’re in between to witness her wildest dreams and staking out the show as fantasy means there is a certain amount to live up to. We want to go to extraordinary places. But what this lively and big-hearted show confirmed for us is that fantasy is subjective.

In a scene entitled “Pony Play”, Tom Cunningham and Myles Brown stomp like gladiators, their manes like crowns. Excuse the pun, but horses are for courses and this was too predictable a fantasy for us. The act lacked the wit seen elsewhere in the show and, while the tumbling moves shows skilful doses of counterbalance, trust and sheer muscle, there is semblance of no vulnerability or intimacy. It has been over-rehearsed and shows it.

In this show what worked best were the more creative, bolder and funnier acts. Take, for example, the fire-breathing, whiskey drinking, whip-cracking burlesque sensation that is Kitty Bang Bang. She makes her entrance by putting two fingers up to the millennial Instagram generation – puffing sassily on her cigarette she then stubs it out on her tongue. If follows with some incredible fire-breathing as she appears to use her mouth as a lighter to ignite fire tracks up her arms. She doesn’t care what we think of her and you have to admire this spirit – it’s this which sees her through even such hiccups as losing her flaming pastie in the martini dance scene. She laughs that one off, rightly revelling in the rich tapestry that is life.

Then there’s Lilly Snatchdragon, the stunningly gorgeous and hilarious Thai goddess in search of a passport; this year, she has been promoted from stage kitten to chanteuse and what a voice she has. Her wonderful version of I’ll Do Anything For Love is delivered with all the saccharine sweetness of musical theatre but with far, far filthier lyrics.

There are also laughs onboard Sleazyjet flight 69 to Lesbos. This classic BTS scene is as brilliant as ever and sees Rae and her crew jerky pulling off oxygen masks in safety talks by way of taking off their bikinis before executing Saturday Night Fever-style signals to evacuation exits located God knows where. If all genuine safety talks were this magnificent, we may even pay attention once in a while.

Between The Sheets does well in giving us a feast of fantasies, a spectrum of saucy. Director Laura Corcoran (Frisky & Mannish) and art director Klare “Yaya” Wilkinson (The Hurly Burly Show, Boom & Bang) have superbly realised these themes but what we appreciated most was Sheets’ warmth and celebration of vulnerability – which is really down to Rae. She could have been Tinkerbell in her tiny white-shirt clad figure and we were more than happy to come under her spell for the night.

Between the Sheets is on at the Underbelly until 29 September. Tickets from £17.50.