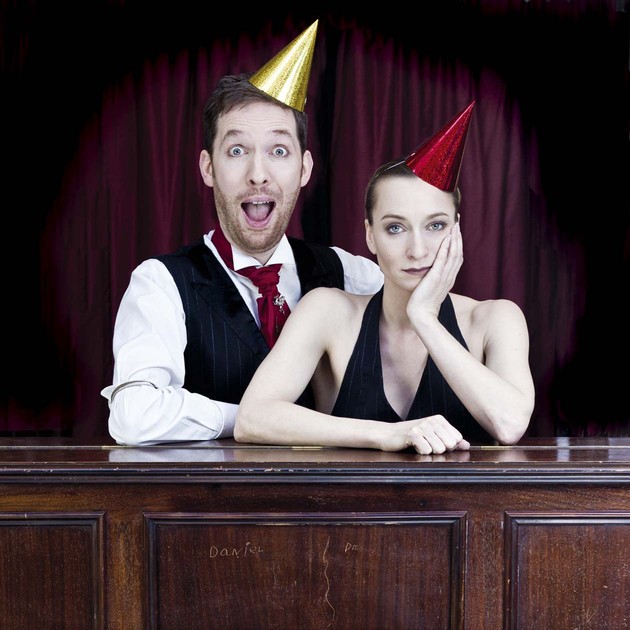 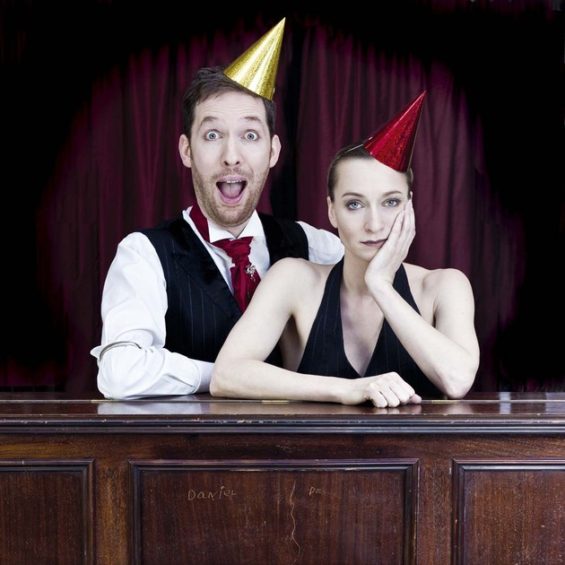 “Roulston & Young have created the bread and butter pudding of cabaret.”

Having performed their well-received Julie Andrews tribute Julie Madly Deeply no less than 144 times to date, Roulston & Young have revived their 2012 show, Songs for Cynics, presumably to get some respite from the supercalifraglisticexpialidociousness of The Sound Of Music star.  Well received when it was originally performed, Songs for Cynics appeals to those of us jaded by torturous love lives and forced to rictus-smile our way through even the most casual of affairs.

Michael Roulston is undoubtedly a vertebra in the backbone of the London cabaret scene. “An over-exposed piano playing whore” according to his own lyrics, he pops up in all venues on all pianos. From providing impeccable accompaniments to headline singers such as Christine Bovill, to teaming up with other cabaret stars such as Dusty Limits to create an entertaining musical duo, it feels like Roulston is never more than a showtune away.  Sarah-Louise Young, the self-styled Cabaret Whore, is a singer of almost unparalleled versatility.  From the classic style of Fascinating Aida to the Piaf-esque crooning of her French character, Le Poule Plombée, one feels there is no musical caricature she can’t turn her larynx to.  Together, as Roulston & Young, they are a classic brand of cabaret: pianist, singer and entertaining songs.  The collaboration has produced four distinct shows over eight years of which Julie Madly Deeply is their most successful.

Songs For Cynics’ understated performance opens simply with Roulston introducing Young to the stage as she hikes her dress and clambers up the steps in silver stilettos.  They open with Cabaret Whore, a cheeky number bemoaning the stereotypical egoists that lurk in this scene.  From here they move to the comedic highs of I Fancy Your Father and Please Don’t Hand Me Your Baby via the less successfully humorous numbers Let’s Not Fall In Love and I Play Around.  In between songs Roulston and Young have a semi-scripted patter that can feel somewhat strained.  This can be endearing and add to the poignancy of the following song but sometimes the segue sits awkwardly between two otherwise funny songs.  They bravely single out a gentleman in the front row and ask him to declare his sexuality by way of choosing one of the duo to sleep with after the show.  This potentially uncomfortable ploy pays off but lands a little short of the wit of the other material.

Roulston & Young have created the bread and butter pudding of cabaret: a familiar, somewhat traditional and comforting treat.  When the alternative scene has left you perplexed and unsure if you’ve been entertained, Songs for Cynics is your way back to cabaret homeland.

The London Wonderground continues until September. Get the lowdown on all the remaining shows in our exclusive guide

The Ultimate Guide To London Wonderground 2014