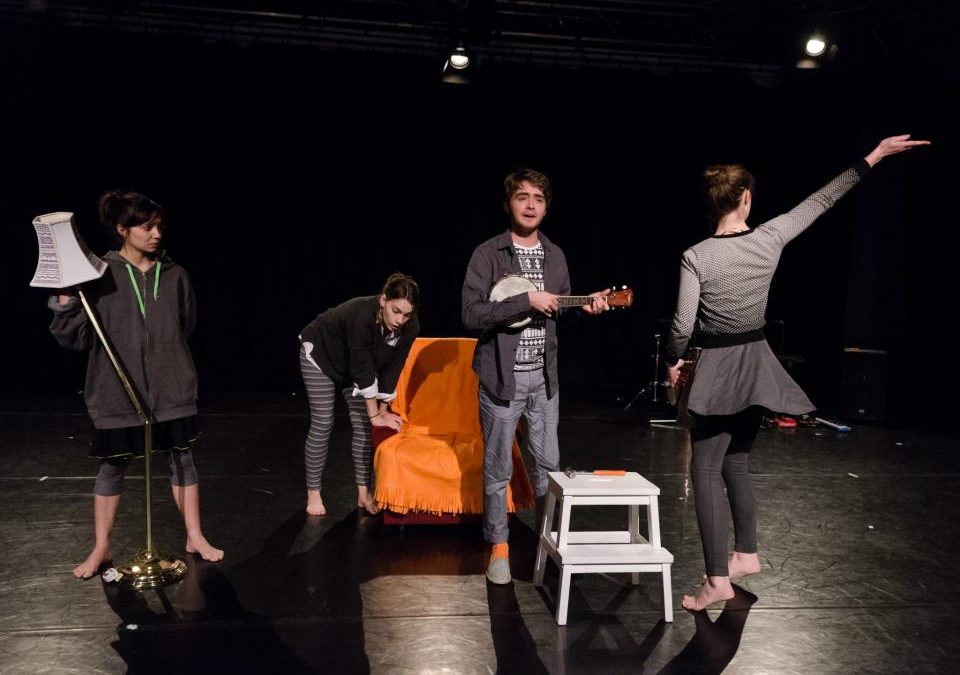 Grab the lab coat and don those heavy-duty specs: the latest evolution of The Mostly Everything People’s My Way/Your Way brings together seemingly everything but the kitchen sink to explore a very urban issue. 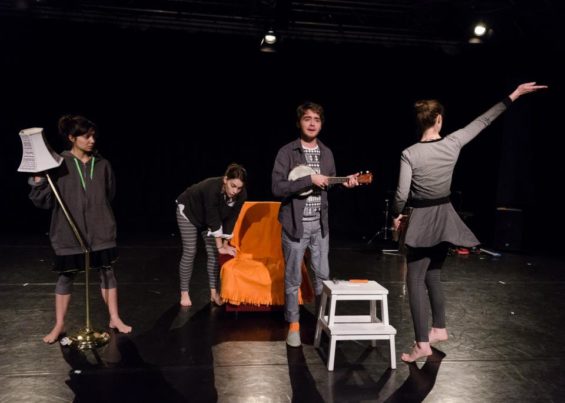 The Mostly Everything People’s My Way/Your Way brings together seemingly everything but the kitchen sink.

If the question on your lips is “who or what are The Mostly Everything People?”, one answer would be that they are a troupe that incorporate elements of contemporary dance, acting, physical theatre, comedy, live music, multimedia music and percussion into a loose narrative of character exploration.Their latest show My Way/This Way is a surreal mixture of ideas deftly showing the difficulties in tolerating each other’s social and conversational habits and the physical manifestations of boundaries between people trying to live together in close proximity.

The piece starts with three housemates, played by Megan Armishaw, Virginia Scudeletti and Laura Williamson, sitting on stage with a lamp, an armchair and a stool. The fourth housemate (co-director and musician Christopher Preece) enters the stage playing the ukulele and singing My Way and together the quartet move the available objects to make percussive sounds. Eventually, in a finale familiar to anyone who has to share a home with strangers, the housemates begin to fight and compete for the spotlight.

The choreography cleverly establishes tension from the off and builds to a point of breaking before falling away in ebbs and flows like waves. The available space and props are used well to create setting and context and Preece’s comic timing has the whole audience laughing throughout, as narration is mixed with layers of vocals and snippets of conversation.

It’s rare to see something so experimental be so enjoyable. Although the narrative of My Way/This Way is fraught with awkwardness and miscommunication, the partnership of Preece and Jennifer Fletcher (co-director and choreographer) is clearly harmonious. The interplay of music all performed live onstage and then looped and sampled with the movement of the dancers is ambitious and successful in achieving its aims.

At twenty-two minutes, this is a short piece and while some of the audience will have been left wanting more, there are doubts that this degree of nervous energy would be sustainable if it was developed into something longer. Further, one of the characters seems less explored than the others and, as the focus of the piece is a lack of cohesion, it does mean the loss aesthetically of fluidity in dancers moving together.

Having said that, My Way/This Way is undoubtedly a success. The drive to blend all these different forms into one show and then balance them so that they are working together means that this piece is a confident display of skill. It manages to be instantly engaging, creating uncertainty and humanity in equal measure. This is now the fourth time it has been performed and I understand that with each showing there has been a significant evolution. No doubt the experimentation will continue with further shows.

There are tentative talks of a mixed bill production with physical performance from The Mostly Everything People, improvisation artist Seke Chimutengwende, contemporary clown Carlo Jacucci and a short film from award winning filmmaker Joseph Pierce. This will be taken to a variety of venues late in 2014.

My Way/This Way appeared at the annual Resolution festival at The Place. The festival runs until 15 February and features 81 new dance pieces over 27 days.

My Way/Your Way. Performed by The Mostly Everything People. The Place, London WC1H 9PY. www.themostlyeverythingpeople.com

Fans of Dalston’s Passing Cloud may be interested in the weird and wonderful Artful Badger on the 8th February with choreography from Zoë Cobb.

Photograph credit: The Mostly Everything People.