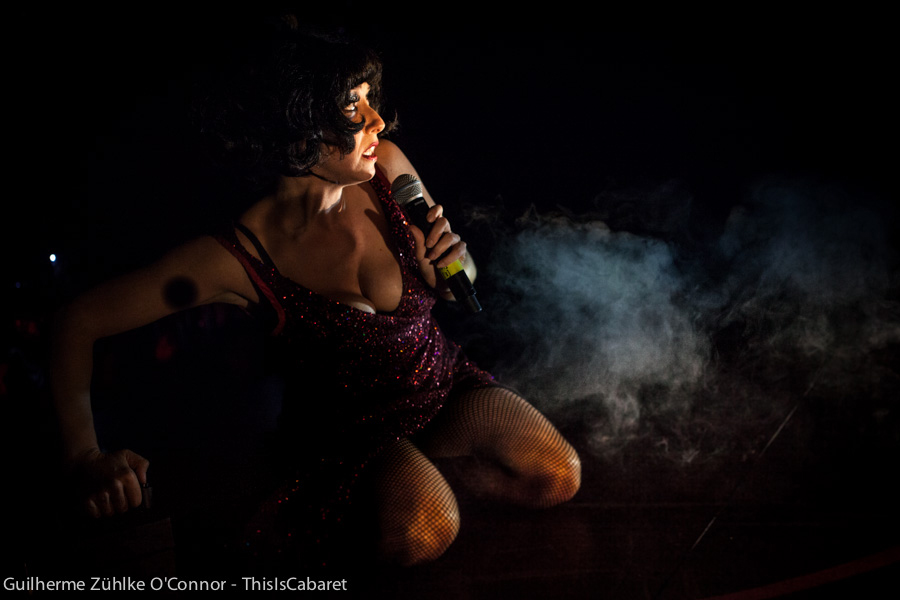 The droll theatricality of her live sets and her boisterous stage persona have made Meow Meow the leading artist in the international cabaret circuit. After an acting stint at Kneehigh Theatre’s West End production of The Umbrellas of Cherbourg last year, the Australian singer returns to London with Meow Meow’s Little Match Girl, a sophisticated metafictional reading of Hans Christian Andersen’s eponymous fairy tale. The story brings an underlying theme of child poverty to much of the performance, but the comic exaggerations of its leading lady are what sets the tone for the preposterous pageant that follows. 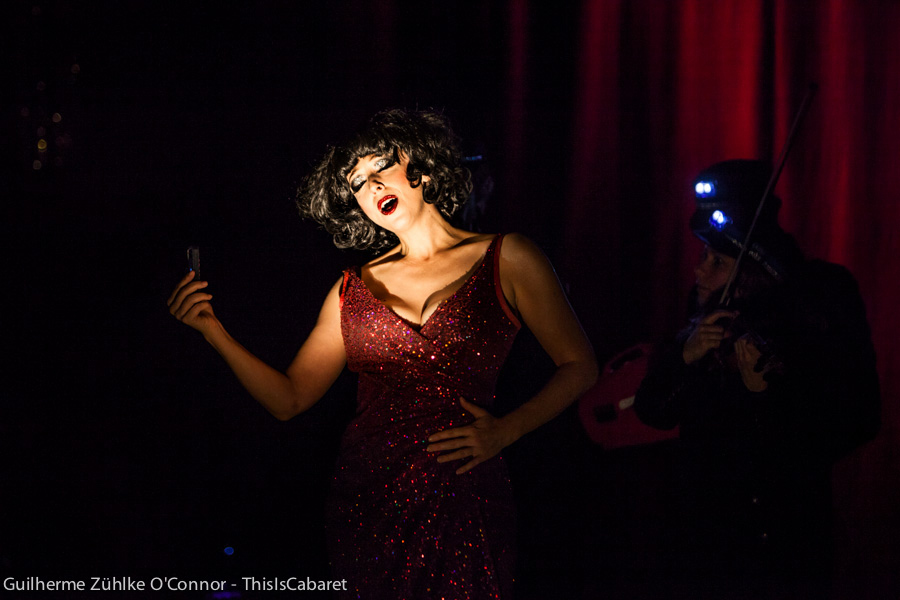 An early gag in the show sees Meow Meow causing a blackout in the venue. She then launches into a series of ludicrous attempts to carry on, weaving them into the flow of the songs. The same matches she strikes to find her way in the dark warm up the little match girl during brief monologues later on. At other times, she roams the aisles after mobile phones to replace the spotlights, as well as volunteers for a human wind farm or a bicycle-operated power generator.

The humorous shtick of improvising haphazard solutions for awkward mishaps is not new in Meow Meow’s work. Two years ago, in solo show Feline Intimate, it was lack of funds that deprived the struggling chanteuse of her technical gear, her musicians and even her costume. As before, she plays the part of overbearing diva with delightful imperiousness, requesting patrons to hoist her up, carry stuff around and other short-notice supporting roles. Audience abuse may be the most recurring staple of cabaret, but it seldom reaches the frantic hilarity that Ms. Meow commands onstage.

Backed by live piano, guitar, violin and percussion, the repertoire of Meow Meow’s Little Match Girl juxtaposes a heterogeneous array of covers and originals in a surprisingly smooth set. While the structure of the show essentially revolves around the blackout narrative, it is in the songs that Meow Meow gives substance to the fairy tale. Somber and harrowing, The Moon Has Never Sunk So Low paints the picture of a dysfunctional modern world with no hope for destitute children, who make up a catalogue of ruined young lives in Megan Washington’s moving lullaby One for Sorrow. Stripping away the last vestiges of fantasy is Laurie Anderson’s The Dream Before, in which a cynical Gretel hears Hansel’s regrets about a life wasted in a legend.

A more lively selection of tunes emerges in a collage of miraculous visions by the girl, when the lights come back in full force for sparkling song-and-dance numbers opposite Australian actor Chris Ryan (Hayloft’s Baal and Platonov). After a literally Wagnerian entrance, Ryan manipulates Meow Meow like a doll (to France Gall’s Eurovision classic Poupée de Cire, Poupée de Son), joins her for a Broadway-style double act and gets a solo shot at The Book of Love by The Magnetic Fields, the most poignant song in the show. His presence endows his companion with an ebullient dramatic counterpart, contributing a crisp voice and lingering charm to the colourful sketch.

Densely multifaceted, Meow Meow’s Little Match Girl ambitiously inhabits the glittering buffer zone between cabaret and musical theatre. The glitz of the latter is unmistakable, but the intimacy of the former is all the more powerful as the diva brings the spacious concert room together with her irresistible allure. Even in the dark, you can’t take your eyes off her. Meow Meow is that rare artist who can create contagious spectacle out of anything she touches.

Can cabaret change the world? Hear it straight from the kitten’s mouth in C.J. Lazaretti’s interview with Meow Meow.