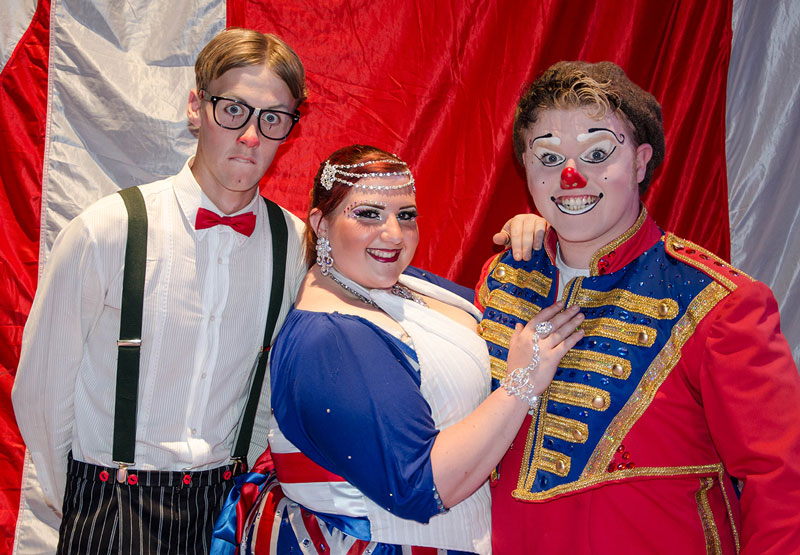 It’s been 50 years since Gerry Cottle ran away with the circus. Since then he has enjoyed huge success with his own travelling big top, which has been bringing good old fashioned extravagant circus action to towns across the UK. 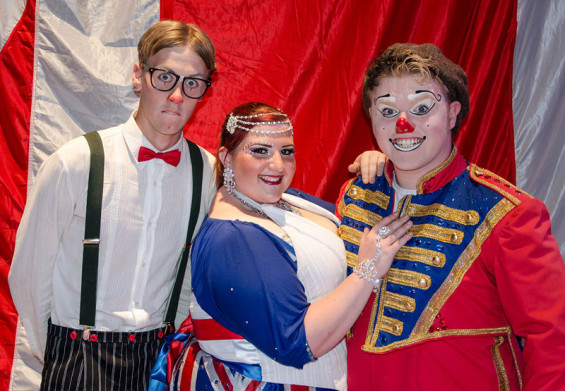 WOW! brings together a surprisingly young cast of long standing professionals, including some ex-pupils from Gerry Cottle’s own circus school, to perform a fast paced, explosion of movement and colour. The big top made a stop in Rochester, Kent in October before heading on to the capital for a stint on Clapham Common.  We caught up with the show in Rochester, where the big top was ready and waiting, candy floss and popcorn in hand, to entertain the masses.

At it’s heart, Gerry Cottle’s circus is what you would expect from the standard old fashioned circus. None of the confusion or hidden meaning or contemporary circus, just pure entertainment and displaying of skill and discipline. Although it isn’t always clear when one act ends and another one begins, they still cram an impressive amount of material into the 100 minute performance. The show is guided by the hilarious Bippo, occasionally joined by a skinny fellow clown and a live singer. Bippo obviously has a natural talent and is a great asset to the company, with his bad jokes and sometimes euphemistic humour tickling even the most stubborn parents in the audience. His skinny counterpart takes part in a range of comedy acts and at points has everyone crying with laughter (especially when dressed as a carnival girl parading the interval sign, sporting some impressive legs). With hardly any dialogue, this mostly silent clown expresses a gift for his craft and is definitely one to watch.

Marketing the show as 50 acts in 100 minutes leaves us expecting roughly one act every two minutes, however the act counter that remains on stage throughout seems to jump unsteadily during some acts, sometimes counting as many as five acts in a short amount of time. In some cases, the material feels reused, for example there are many magical disappearing acts. This comes across as the same concept of a female cast member being cut up in a different shaped box, or disappearing from a differently shaped container. This reuse of material, although still impressive, leaves a slight disappointment that the acts are not all individually countable as unique. 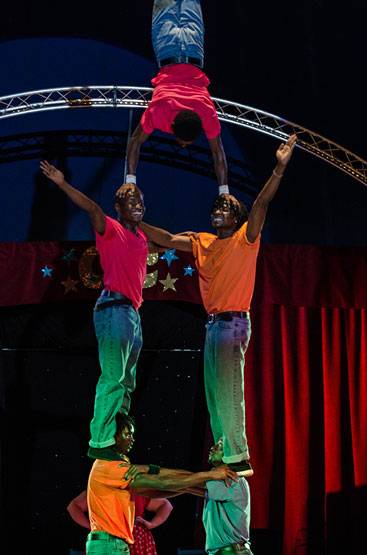 Another element that fails the show slightly is it’s tidiness. Every show has a few loose ends, however on this particular night there seemed to be a lack of consistency and communication between the performers. Disappointingly, the hula hoop troupe were completely out of sync with each other. Advertising as “the largest hula hoop troupe in the world” conjures up images of scores of artists, but in reality it was approximately a dozen. There seemed to be a big emphasis on getting as much seen as possible all at once, no really giving any one particular individual the limelight until the end of the show, when the wheel of death was constructed. This fast turnover of material had the children in the audience captivated, and there was no danger of anyone in the crowd becoming bored. The quality of the majority of performances were generally good, it’s simply a shame the audience was not given the opportunity to appreciate a few select acts one at a time.

There were some stand-out performances throughout the show, with the small cast showing wonderful flexibility. The Zulu Warriors performed several impressive acts, including some quick acro balance that was both expertly executed and extremely impressive. The bicycle and unicycle routine was also a hit, with the riders showing great control and skill in such a restricted performance space.

Despite it’s drawbacks, Gerry Cottle’s circus is extremely entertaining and does exactly what it says on the tin: it brings entertaining circus to the masses. There is however a slight feeling that we miss elements of the show due to the constant stream of activity. It’s by no means a reason not to experience it, just be prepared to be bombarded with colour, sound and movement at an ecstatic rate.

For more information on when Gerry Cottle’s Circus is coming to a fairground near you, please visit their website.