Review: Fake It ‘Til You Make It, Soho Theatre 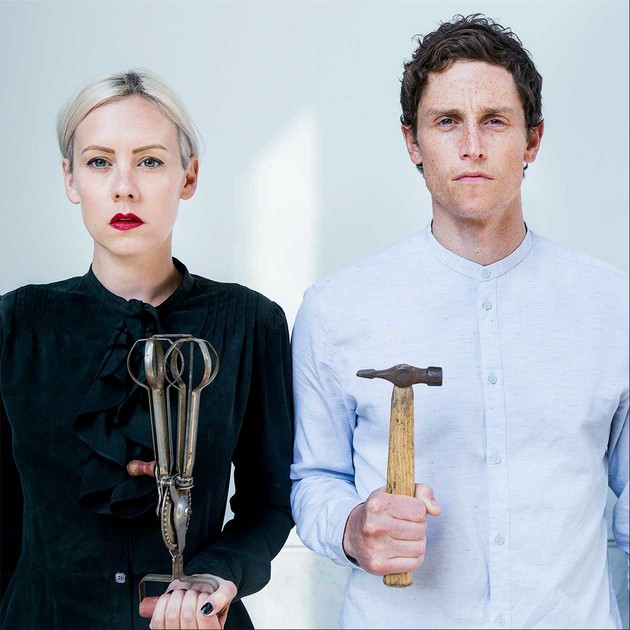 Bryony Kimmings and Tim Grayburn decided to make a show about the taboo of male depression just after Robin Williams died. Well, that’s a half truth: Kimmings had the idea much earlier, after accidentally discovering that her partner of six months had chronic depression. A secret he had kept for eight years, buried under shame and fear in a black gym bag at the back of the wardrobe. Living with a performance artist, perhaps it was inevitable that his life would end up on stage in some way – but after a decade of hiding, it takes something more to expose yourself.

For Grayburn, the exposure is gradual. He doesn’t speak much throughout, and covers his eyes with a variety of masks and headwear so he doesn’t have to look the audience in the eye. The pair address his illness using interpretive dance, a wide array of props, original songs, and a series of heartbreaking recordings made at home in which they discuss his depression: his perceived emasculation, his recurring suicidal thoughts, what she would do if she “found him”. It’s only in the closing scenes that Grayburn reveals himself, describing his battle with depression and suicide – the biggest killer of young men in Britain – with painful honesty. They’ve been performing the show for several months now, but he still seems in a state of disbelief at having gone from being an account executive to dancing around on stage “with that mental one”.

Even for Kimmings, known for her autobiographical work, Fake It ‘Til You Make It is an incredibly personal show. Grayburn doesn’t have the assured stage presence of his partner, and his soft-spoken, vulnerable performance speaks to the truth at the heart of the piece. That Kimmings is currently heavily pregnant with their son sharpens the focus, a tangible and potent call to action, and many times I thought of those I wish could have seen it, about people I love who lost men they loved.

Despite its DIY feel there is real skill in the execution, and the triumph of Fake It ‘Til You Make It is its perfect blend of pathos and humour. This is a show that tugs at your heartstrings in all the right ways: their love story is charming and funny, the affection they have for each other is obvious, they are frequently silly and often hilarious. But the dark shadow of mental illness hangs over them. This is an important piece of theatre, full of wit and warmth, written to start a dialogue and maybe even save lives. I hope it does.