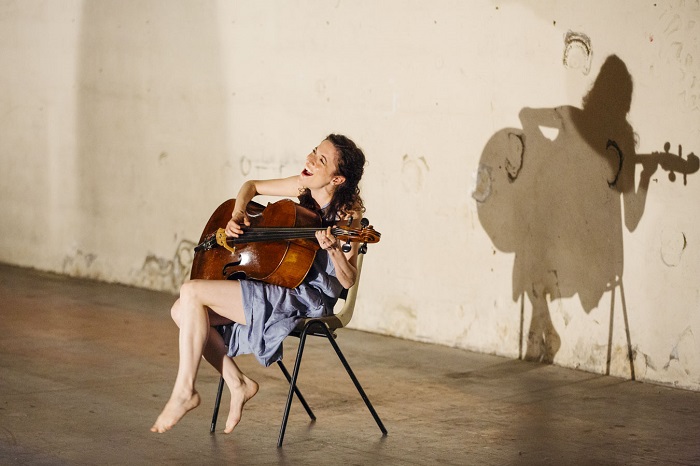 The five-strong crew features a couple of familiar faces. Alt-cellist Laura Moody is a stalwart of East End cabaret institution The Double R Club; she has appeared in their spectacular London Wonderground shows and won the Miss Twin Peaks award last year. Alongside her, veteran Shakespearean actor Colin Hurley has appeared in a number of recent TV shows, not least Flowers with Olivia Colman.

The cast is rounded out with three younger members in Michelle Luther, Jade Oguga and Jack Wilkinson. Between them, the quintet explore a series of dramatic sketches which are deliberately disturbing, discomfiting and discombobulating by turn. A newly-married couple bitterly argue with the only interruptions coming from a near-naked messenger. A woman in hi-viz gear sits on the loo screaming over and over for her mother. A strange classroom lesson takes places without much in the way of light or enlightenment. 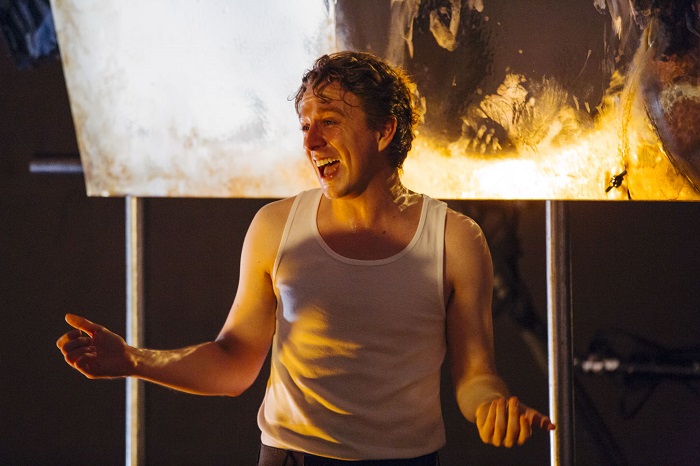 Jack Wilkinson in Dream Play (The Vaults, until 1 October 2016).

This play is described as “after Strindberg”, referring to the iconoclastic playwright and his 1901 opus A Dream Play.  With its nods to the then-nascent movements of Expressionism and Surrealism, the Swede’s work follows the journey of Agnes, the daughter of Vedic goddess Indra.  She has come down to check out the state of humanity and slowly comes to experience the pain and suffering inherent in mortal existence. True, some scenes in Sarah Bedi’s Dream Play‘s come with a patina of naturalism but all at one point take an unexpected dive into the dark – some more literally than others. Bright lights and sharp noises are not uncommon as are the occasional lyrical insights into what it means to be alive and to be human.

The addition of Moody gives this production a welcome twist. One episode sees her cello playing pulling and twisting another character this way and that; in others, she adds discordant chords which play on and with the mind. Within the cavernous Vaults, her music takes on a life of its own. 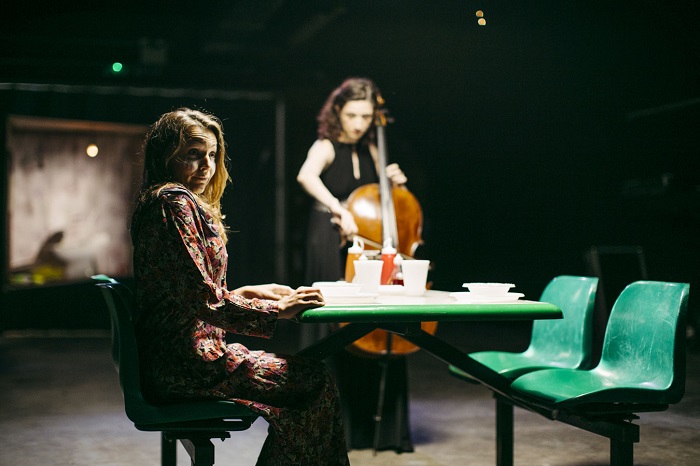 Dream Play is not short on ideas but neither is it long on detail. Much is left to the audience to imagine and, where the acting is strongest, any number of nightmare scenarios could fit the interactions we witness.

Clowning is used but only to inexpertly signal abstract concepts – at no point is there a strong or direct sense of emotions being compelled through the mute physical action on display. This feels like a missed opportunity in a richly-scripted play which has ample room to explore storytelling in all its forms.

Like many of its scenes, Dream Play feels like a decent concept executed poorly. Where they are employed, the extreme use of noise and lights at best do little to engage and, at worst, flip the middle finger at those earnestly trying to find sense among the metaphors and metaphysics. The staging attempts to immerse the audience in the story but, where the execution is patchy or slapdash, this exposes the faults even more. Perhaps there is a more focussed play within or perhaps this is as good as it gets. Either way, this production’s tantalising premise is not one to lose sleep over.

Dream Play continues at the Vaults until 1 October 2016. Tickets are £15 (£10 concessions). More information can be found on the official Vaults website.