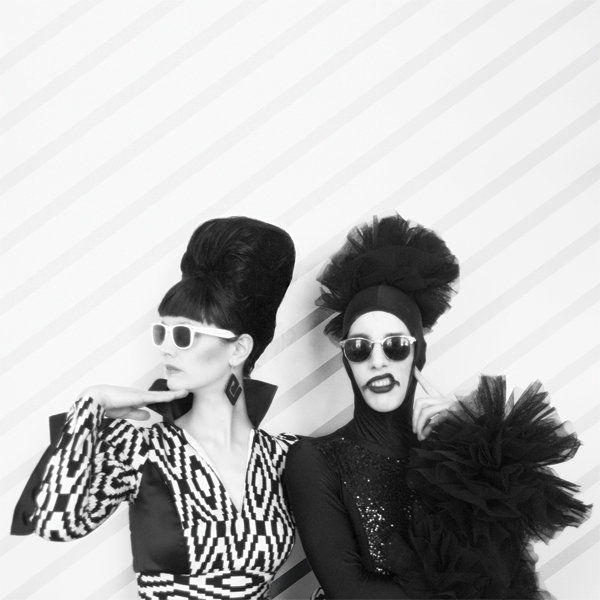 Photogenic fops Bourgeois & Maurice appeared both in 2D and 3D.

When hip-hop poet Gil Scott Heron sang that the revolution would not be televised, he may as well have been talking about cabaret which, unlike many other stage-based arts, stubbornly continues to resist general efforts to be reduced to two dimensions. The occasional talent show and documentary aside, very little of the current panorama of genres like drag, circus and musical comedy are seen outside their traditional venues.

Ben Walters, cabaret editor of Time Out, has been curating BURN: Moving Images By Cabaret Artists for some time but its still as fresh as it ever was. A concept which attempts to be both fish and fowl, it combines a changing panoply of short movies in a wide range of styles – parodies, short skits, music videos and so forth – with video-interactive live performances from the UK’s finest cabaret artistes.

Snucked away in the “Attic” room of the East End’s Picturehouse cinema, the latest outing for BURN attracts a range of punters including young trendy arty types, groups of mid-thirties friends and some couples. There’s a boisterous atmosphere and a sense of anticipation and excitement in the air. And so there should be: one of the most beautiful facets of the cabaret artform is that there is the constant potential for anything to happen, usually intentionally.

As compere, the self-effacing Walters is no Limits or Louche but he’s not here to sit on prettyboy laps and sing hymns to Weimarian decadence or delve into the dank darkness of the human soul. Instead, he takes a backseat to his material and introduces his latest diverse array of flicks with the minimum of fuss.

A prime example of BURN’s offerings is Transmission Woo, a short experimental portrayal of the drag scene in East London filmed earlier this year. Presented by tranny superstar Jonny Woo alongside Princess Julia, NYC’s DJ Larry T and trans performer Jacqui Potato, each surmises the eccentric underground party scene as they see it. This nostalgic and crude examination of the drag lifestyle is an effective piece which raises rapturous laughter from the audience.

Other videos showcase the works of performance artist Bryony Kimmings, comic preacher Reverend Billy and multi-faceted singer Sarah-Louise Young. Although relying heavily on comedy, each of these  successfully managed to convey their thematic premise informatively. In contrast, Tricity Vogue’s melancholy film is extremely touching and served to remind that not all that sparkles in the crazy world of cabaret is glitter.

Sweeping all before it, though, is the contribution featuring Dickie Beau. Although a tad too long, his immaculate lip synching montage is a hallucinogenic experience. Beau transcends his two-dimensional presentation and brings home the extent of his impressive talent.

And now to the live element. Kooky siblings Bourgeois & Maurice certainly know how to make an impact. With their flamboyant fluorescent costumes, eccentric make up, outrageous humour and mischievous stagecraft these two find favour in this unusual performance space both on the screen in one of their many brilliant videos and playing on stage.

As Bourgeois ejaculates his extravagant energy onto the audience, his twisted sister Maurice takes a comparatively sedate stance behind the keyboard.  Their opening song Welcome To The World is witty with outrageous lyrics full to the brim with innuendoes. The duo pop up throughout the evening, on each occasion with different glittering attire and attempting to reaffirm liberal prejudices. Musically satirical, they manage to turn dull, dry subjects such as tax and social networks into clever, funny and sharp material. Their final dazzling outburst of “We want love” almost results in the entire room combusting into orgasmic pleasure as the pair return on stage lapping up the cheers and jumping like two over-charged Duracell bunnies. Not even James Cameron’s tech savvy or Pixar’s imagination could truly translate such a moment to the big screen.

Whether you picture yourself as a cabaret fiend, a film buff or just a casual observer of life, Walters’ BURN will leave you elated and inspired by the power of cabaret.