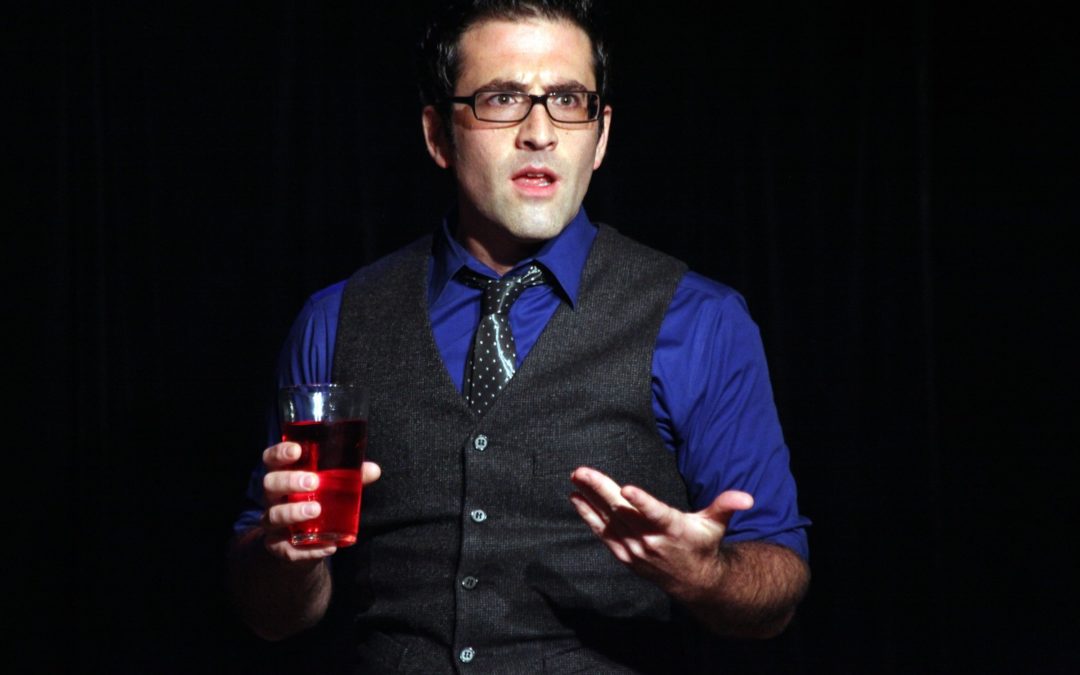 This is a BOGOF worthy of Ben Rimalower’s beloved discount store Target: his two one-hour monologues Patti Issues and Bad With Money ran separately off Broadway – the paean of love to Ms LuPone for over a year – but in London come bolted together for the one cover charge.

His delivery is extrovert Jewish – nerdy, nebbish and steering an exact midway course between the genial self-deprecations of David Sedaris and the dangerous obsessions with all things musical theatre of Seth Rudetsky who recently platformed Ms Lupone herself in a show of prostrate adoration at the Leicester Square Theatre.

London may know and love LuPone – she created Fantine in Les Misérables here and I’m sure I’ve heard her drawl that it’s her “second home” on Graham Norton, but not as well as Rimalower. From his first exposure to her Evita, he’s been a slavish fan whose conflation of the talented and driven diva with the powerful and ruthless first lady of Argentina seems to have fuelled both his fantasies and his nightmares.

However warm and encouraging, a London audience is largely unfamiliar with Patti LuPone’s television career – ABC’s Life Goes On never aired here – and equally with Rimalower’s own CV: the 2005 musical Joy he directed off-Broadway also never crossed the pond, so it’s an uphill sell for him to get some of his anecdotes across. “That went down a storm in New York” he told the St James’ studio as it blanked another parochial reference. Maybe he needed a later, loucher and more martini-lubricated crowd, or maybe the extreme fandom of musical theatre actresses is more a New York phenomenon. I can’t imagine anyone crafting a cabaret evening from their scrapbooks of Elaine Paige.

He’s at his very best with the parallel story, riotously told, of his father’s coming out, as a fairly flagrant gay man (“oh sure, my dad was a bottom”), and the precocity he acquired from such early exposure to all shades of romantic involvement as he shuttled between his mother’s home and those of his father’s sequential partners.

The second monologue Bad With Money is more searingly confessional, peopled with some of the same fond family characters for warmth but there’s the honesty you’d find at an AA meeting when Rimalower explains his lifelong commitment to living beyond his means, whether skimming from his mother’s purse, or dabbling with prostitution after blowing his student funding on drugs in the first weeks of term.

At first the audience laughs with him, softening up for a happy ending perhaps, but you can feel a shift towards the judgemental when he embezzles thousands from the kindest of men, producer Lonny Price who gave him his Broadway break.

That Rimalower doesn’t then swerve the story back to a humorous or benign ending is a tribute to the new-found honesty of a long-time liar, but more to his mastery as a writer and raconteur.  Facing your demons is hard, but making an audience face your demons and still go home satisfied is beyond clever.