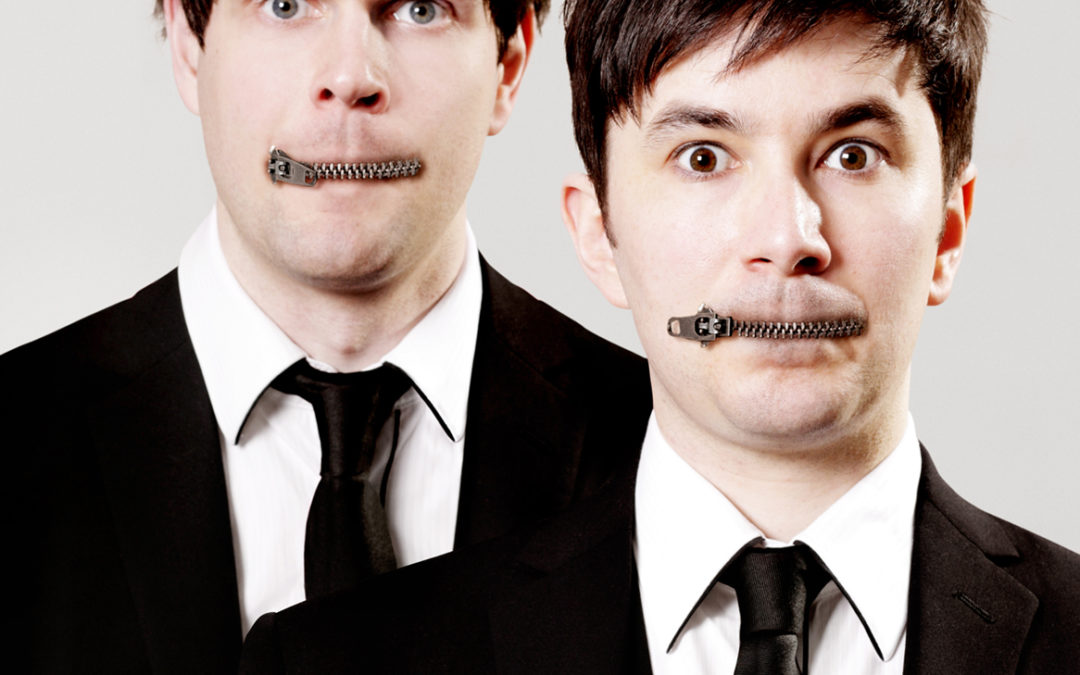 Magical duo Barry and Stuart demonstrate and then bare the inner workings of some of their most audacious tricks. 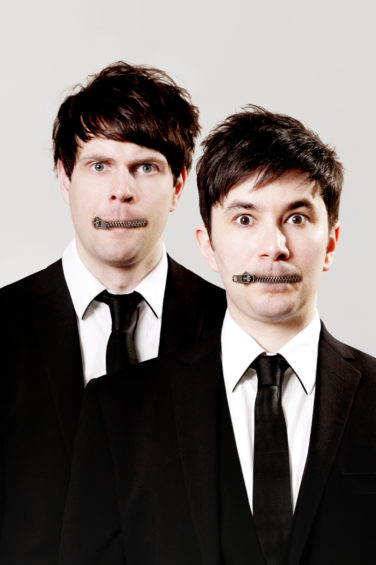 Award-winning comedy magicians Barry and Stuart have been steadily building up attention over the last few years. Cheeky and dark, the duo have worked the circuit as well as the small screen: one TV show famously saw them re-create some of Jesus’s most famous miracles to the ire of some clergy members. Brilliantly, one bishop called for “these fraudsters to try being crucified to see if they can rise three days later” – a wonderful epithet from a man of the cloth.

Show and Tell is a very literal name and an intriguing one being counter-intuitive to the standard magician behaviour. Surely they won’t reveal the secrets behind some of their most famous tricks? Surely, they will and, in this show, do.

Barry and Stuart do make it clear that the show is split into two definite parts. In the first half, the duo dazzle the audience with a set of astounding magic tricks. The audience is then given the option to leave if they don’t want their illusions replaced with reality before a second half in which each trick shown before the break is carefully deconstructed. Unsurprisingly, the theatre is just as full for the second act. The allure of forbidden knowledge is one that stretches back to the Garden Of Eden: we don’t want to know, but we can’t not take a peek.

The show was first given a run during the 2011 Edinburgh Fringe but none of the material has lost its novelty or relevance. There’s the usual cards, ropes and other elements of the run-of-the-mill conjurer’s caboodle but, interestingly enough, Facebook and Twitter are used as part of some tricks making this a elegant mixture of old fashioned British variety and magic for the twenty-first
century.

If anything, the “Tell” is as entertaining as the show. The tricks are so complex and full of clever stages that they seem just as impressive after you know how they were achieved as when they are first performed. Multiple techniques are strung together for each trick. The misdirection and sleight of hand are particularly deft that being able to actually see it for once feels rewarding. Having said that, there’s far more than physical shenanigans at play here as office machinery and chemistry are employed to pull off apparently impossible stunts.

All the while, the pair provide the tricks’ backstories and inspirations, giving us a flavour of how their thought processes. Show and Tell really is a demonstration of two magicians gleefully letting you into their private worlds to see how clever they’ve been but not in a smug know-it-all way.

Barry and Stuart don’t take themselves too seriously as evidenced by self-deprecatingly showing old television clips of themselves as geeky, awkward teenagers doing odd routines. They do however seem pleased with their show and proud of the work that has gone into it; some of the tricks took up to six years in the making so it’s a bold move to let the audience into their secrets. This approach does endear them to us, though, and this kind of honest magic has worked well in the past few years for Derren Brown (though his explanations are often just as much a misdirection as the illusions themselves). Let’s hope Barry and Stuart can keep coming up with enough new material to keep entertaining us. They have promised not to do the Koran’s best bits anytime soon!

Unlike Barry and Stuart, we won’t reveal too much more. The show is at once rude, gross, blasphemous and brilliant and bubbles along with impressive feats nicely broken up with confident back and forth comic timing which is good natured, if a little cheesy at times.

We spoke to Barry and Stuart last week about crucifixion, secret explosives and what the Magic Circle may do about their show. Read all about it.