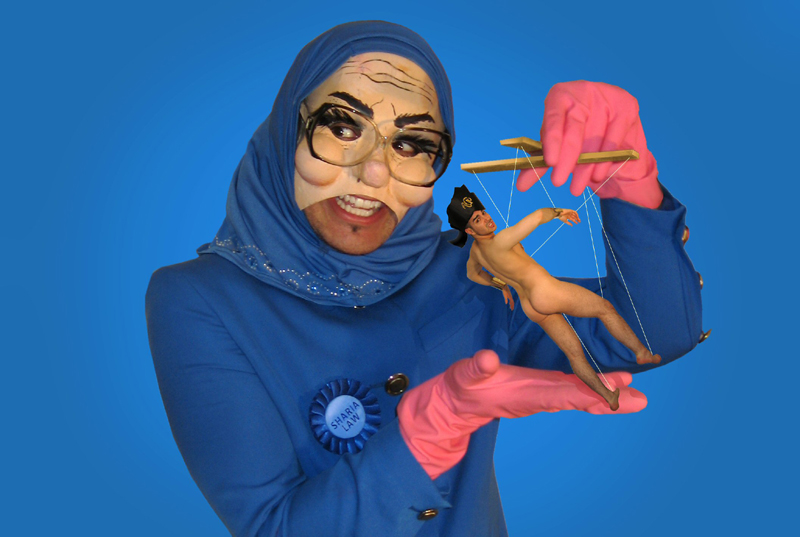 The next time you consider family therapy, say a prayer for Alp Haydar. Not even time travel can help him patch up things with Sharia Law, his Muslim extremist mother and star of the eponymous one-man show. Playing over a dozen characters in a clever mélange of video projections and live character comedy, the cabaret singer performs a relentless tongue-in-cheek epic of queer defiance.

The story takes a newly deceased Haydar out of the gay circle of Hell and into a miraculous journey in time where he meets Sharia as a young girl in Cyprus. Rather than achieving any closure through that chronological intervention, of course, he ends up causing even greater tragedies. Sharia moves into a household of London BNP politicians, becomes increasingly intolerant of Western culture after the discovery that her infant son is a “fudge packer” and turns Britain into a dystopian Islamist regime with a political coup. 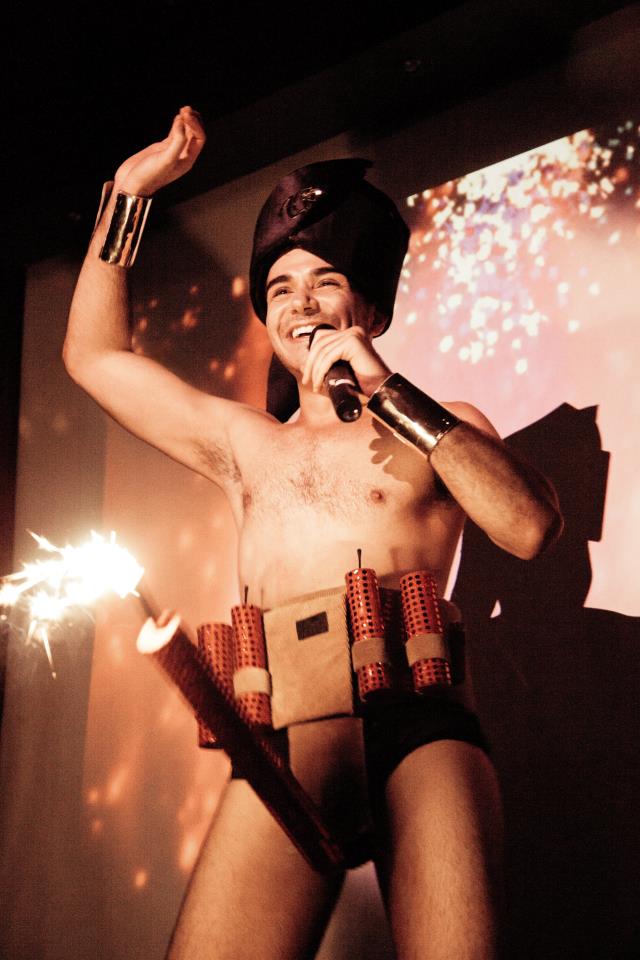 In true South Park fashion, the convoluted and improbable plot is nothing but an excuse to fire outrageous gags and explicit songs in quick succession. Contrary to most LGBT acts in London variety, the show’s humour is far from camp – Haydar wastes no time with torrents of double entendres. Over the top and unapologetically crass, his outspoken parodies are refreshingly direct. The jokes are blunt, but the insights they yield are sharp and uncompromising. If prophet satire, blacking-up ethnic caricatures and graphic simulations of gay sex turn you off, you might want to give Sharia Law a pass and check out the latest Twilight sequel at your local multiplex instead.

Haydar’s cabaret numbers are rife with audience asides, quickly erupting into impromptu sing-alongs. If anything cushions the blows from his mock-homophobic reworkings of Roy Orbison, Edith Piaf and Shirley Bassey, it’s his unshakable charisma. In character as his mother, he sounds fiercely shrill and overbearing. As himself, however, the singer exudes spontaneity, bringing the room together with contagious enthusiasm.

Sharia Law has plagued her boy in different shows by the multi-talented artist, who shoots and edits his own video projections. Come next March, the head-scarfed zealot will drag Haydar from his frequent haunt at the Royal Vauxhall Tavern to the Battersea Barge for Sharia Nights, a monthly residency. That’s plenty of time to brush up your surahs.