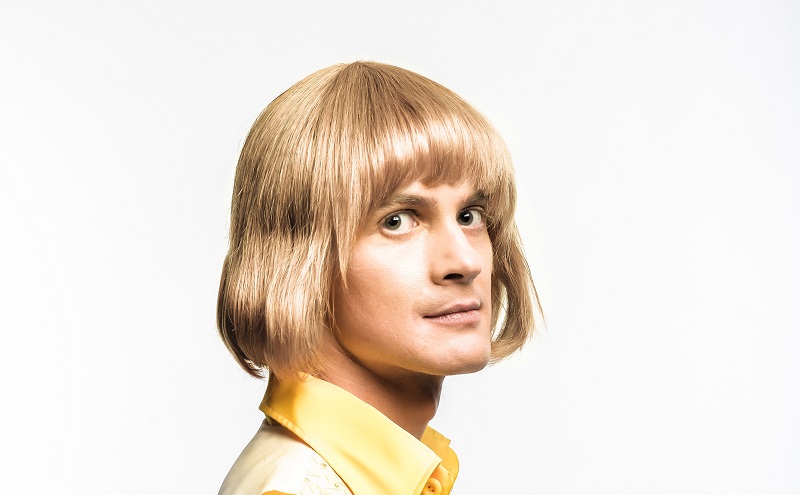 The Seventies were a great era for music and don’t let anyone tell you different. The antics and the music of the Beatles and the Stones were filling the newspapers and the stadiums. Rod Stewart and the Bay City Rollers were rocking the tartan look and no-one cared how history would judge their eye-watering fashion choices. Everyone and their grandmothers were busy getting high to Led Zep, having themselves a Ballroom Blitz, disco dancing all night long or all three.

For the pop kids of all ages, the brother-and-sister duo The Carpenters were manna from heaven, releasing ballad after ballad like bullets straight to the heart. The combination of composer Richard’s musical genius and Karen’s poignant vocals meant that their hits like Close To You were the ones playing when 1970s kids got to first base, second base, third base or, for a few lucky souls, a home run.

As is too often the case in the biz that is show, the Carpenters’ phenomenal success ended tragically. Richard’s drug addiction led him to checking into rehab in 1979 and four years later Karen died of heart failure, no doubt aggravated by her anorexia. RIP special K, the music world still misses you.

Scroll forward to 2017 and we now have a chance to see those seminal siblings through fresh eyes. Matthew Floyd Jones is a familiar face to cabaret crowds as the piano-pounding one in the hilarious Frisky and Mannish as well as his disturbing alter ego Ruth Less, winner of the Double R Club’s Miss Twin Peaks award. Described as “a razor-sharp tragicomedy”, his new show, Richard Carpenter Is Close To You, is touring the UK until the end of July. Here is what he had to say to Gemma Hirst about it all.

Why choose now to do a show about Richard Carpenter?

Because it hasn’t been done yet and, if anyone’s going to do it, it may as well be me! I mean, who else knows as much as I do about being the geeky fair-haired male piano player in a duo with a truly brilliant female singer? That’s right, no one. Except Richard. My kindred. It feels like he’s a totally perfect subject for me to explore.

Your show Richard Carpenter’s Close To You looks like a lot of fun but there was a dark side to Richard, not least his well-documented past with depression and a drug addiction. Will part of the show focus on his troubled side?

It’s not a conventional fact-based biopic, by any means. I know an awful lot about the real Carpenters, and the piece is informed by that knowledge. But it takes off from that reality runway and goes on a flight of fancy through the sky of my own imagination. I think of it like that film The Queen: we don’t know exactly what she thought, said and did, but we’re damn interested in making a good guess!

Which modern songwriters or singers do you think Richard Carpenter has most inspired?

When all these entertainers – from Paul McCartney and Madonna to Stereophonics and Shania Twain – identify Carpenters as an influence, they specifically mean Karen’s voice. It was so distinctive that it came to represent their entire legacy, and Richard’s considerable contributions don’t have a similar iconic quality that makes them an easy reference. But it’s been said that he directly influenced the rise of the power ballad with his inclusion of a fuzz guitar solo on Goodbye to Love, and that’s a pretty sexy epitaph to have stored up.

For audiences who were not born in the 1960s who may have not heard of The Carpenters, will it still be relevant and accessible to all generations?

I’ve written my own pastiches songs inspired by Carpenters, so I think there are extra layers of fun to be had if you are familiar with the originals. But the most incredible thing about their music is that it is both dated, and yet somehow timeless. Corny, but beautiful. And it seems everyone recognises at least one song. Plus, it’s not a music gig – it’s a piece of theatre with a narrative and characters and highs and lows, so the story will carry even the most uninitiated Carpenters novice through to the end!

Were there any aspects of Richard Carpenter’s life or repertoire that you really wanted to include but have been missed out for whatever reason?

No, everything’s pretty much on the table, and nothing’s off limits as far as I’m concerned. But I’m not focusing on the “obvious” dramatic elements of their story – his drug addiction and her anorexia. For me, there’s a subtler but no less harrowing psychological subtext to the whole thing. But it’s a comedy – I promise!

You are one half of a cabaret duo Frisky and Mannish, how much of the Mannish stage persona is informed by Richard Carpenter?

I can’t really say Mannish is in any way directly based on Richard; I can only say that the man who plays him grew up with Richard as his first significant musical influence. My parents had a few Carpenters records in the house, and my best friend at primary school was a big Carpenters fan. I remember this six-year-old girl singing little fragments of their songs at me in the playground, and then me going home and trying to find where they were from. Listening to those lush musical arrangements by myself, without the pressure of having to pretend I thought it was too cheesy, informed my early love of twelve-part double-tracked harmonies and prominent oboe solos.

Speaking of Frisky and Mannish and can we expect anything from them in the future?

You can expect whatever you like, darling, and I won’t ruin it for you with anything as hateful as facts. In all seriousness, though, we’re not actively working together at the time of writing this – we don’t even live in the same country anymore! We’re enjoying being friends, which is a beautiful thing and one that can get easily swamped by the other stuff, and we’re enjoying other creative avenues that will only make it even better if and when we reunite for one of those O2 Arena comeback gigs where Frisky’s in a top from Dorothy Perkins and a feathered mum bob and I’ve got a bit of a beer gut and a greying beard.

Matthew Floyd Jones will be getting Close To Richard Carpenter here:

For full information, get, um, Close To the official website.