Postcard From The US: Sukki Singapora And Aurora Galore Take On New York 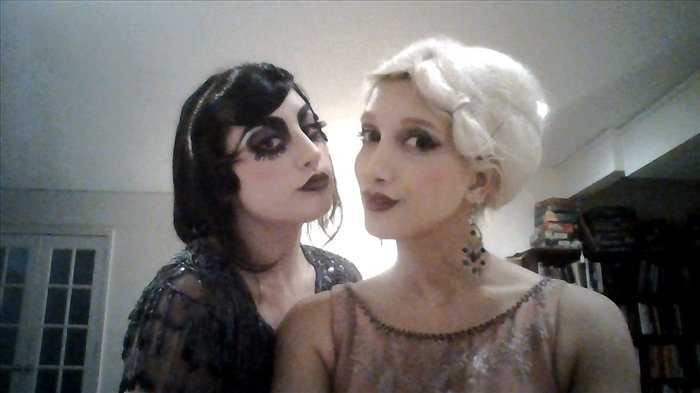 After their hit shows in California, Sukki Singapora and cohort Aurora Galore moved their world tour onto New York. Here is the second of their special reports for This Is Cabaret. 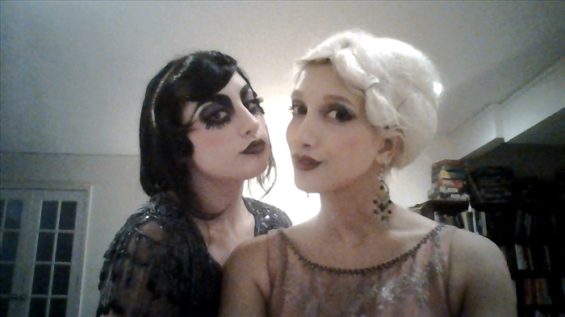 The last we heard of UK-based burlesquers Sukki Singapora and Aurora Galore, they were taking California by storm. Like the best showgirls, they left their audiences begging for more after hotfooting it across to the East Coast and the Big Apple.

How have they fared in one of the cabaret capitals of the world? Let’s find out.

Well, what can we say about New York? It is beautiful, it is expensive and it is steeped in entertainment. From world famous shows, to backstreet comedy clubs; New York is a wealth of variety.

We did a number of shows whilst we were out there, trying to get as much New York burlesque that we could poke our pasties into! One show that stood out that we did was Sharkbite Sideshow, produced by long-time producer Joe the Shark. It is one of the few shows here that currently still has sideshow performers, and the family atmosphere in the show was really something. We performed alongside some of the best such as Tigger, Little Brooklyn, Harvest Moon and Matt Knife.

We also performed at RAWR in the East Village, a show that was hosted by none other than the legendary burlesquer and Doctor Who fan Nasty Canasta. It was such a great night and we even managed to run into the wonder that is UK magician Paul Dabek who happened to be at the same bar in New York! Alongside us that night were the hilarious Darlinda Just Darlinda and cosplayer Stella Chuu.

Aurora performed for the Jonny Porkpie aka The Burlesque Mayor of New York City. She joined Mat Fraser in Jonny Porkpie’s Dead Sexy show located at the Times Scare theatrein what turned out to be was an incredible show. The theatre itself was beautiful and it was nice to be able to perform something so gritty right next to Time Square!

Adding to the variety of the city was producer Calamity Chang and her regular events at Nurse Bettie and Hotel Chantelle. Both shows have huge followings which filled these more intimate venues. It was also a delight to find ourselves performing there alongside UK’s Fancy Chance!

Whilst on tour Sukki also had the pleasure of being able to produce her own show alongside Calamity Chang and Thirsty Girl’s Jen Gapay. The All Asian Burlesque Spectacular featured a truly international Asian cast and was an exciting spectrum of traditional Asian dance to more modern neo humour. Voted #1 of best events to go to in Time Out NYC, I can’t wait to do it all again next year!

Last but definitely not least this was one of the highlights of our careers and most certainly one of the most notorious events on our tour calendar. The internationally renowned Slipper Room has undergone some recently refurbishment including a huge revamped theatre-styled stage which now features mezzanine audience seating. Wednesdays there see a relaxed pace of variety, stand-up and burlesque hosted by the wonderful character that is the venue’s proprietor James Habacker. In comparison, Saturdays there are jam-packed non-stop eye-boggling entertainment. We left not only feeling utterly exhilarated, but also with a great sense that we’d really been part of the history of New York Burlesque.

Here’s a taster of Sukki performing at the All-Asian Burlesque Spectacular in New York:

The tour next stops in Tokyo. Look out for our next postcard from there!