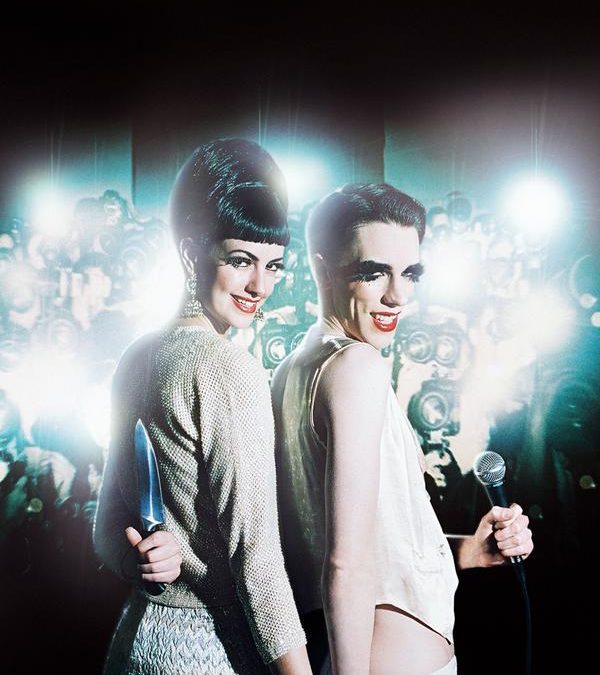 Let’s get down to business. Speaking frankly, I’ve been around the block. London may be in the midst of a Cabaret (with a C) boom right now, and I love Kander and Ebb as much as the next person, but I can pre-date that. I’ve been in show-business for years. I paid my dues in the cut-throat world of Amateur Dramatics and I’ve glass collected in Working Men’s Clubs where a Neil Diamond tribute band could kick-start a riot (true story). I’ve learnt a thing or two along the way, and it’s only fair I pass this wisdom on to my fellow performers. So that’s what I’m going to do here. A cavalcade of entertainers have submitted their showbiz problems for me to solve right here in this column. This is both for the benefit of their careers, and to give you something to read on the bus on your smart phone.

Bourgeois and Maurice are an award-winning musical cabaret duo with a penchant for the darkside. All songs are their own, all their opinions are stolen. In other news, this week’s letter arrived anonymously. Join the dots. 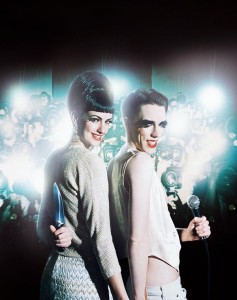 Dear Myra,
A lot of people have trouble spelling, remembering and pronouncing the name of our act. We’re starting to wonder if “Middle Class and Morris” would have been easier.

Is it too late to change? Do you have any advice on how to go through that difficult artist ‘rebranding’ process? Is a symbol better? It didn’t work so well for Prince but maybe that’s because he does not work in the highly visual field of cabaret?

I can empathise with this. A lot of people will pronounce my surname ‘DuBOYS’ when infact I use the French pronunciation with a silent ‘S’. I’m not sure why or what this means because it’s a stage name and I nicked it from a play I was taken to see at school once. But I thought it’d look much nicer on a marquee than the family name ‘Prescott’. Of course, I’ve yet to see it on a marquee. I once saw it chalked up outside a gay bar in Cardiff, but I digress…

Liza Minelli once had a problem like this. Have you spoken to her about it? Her response, rather than re-brand (‘Judy Garland 2’ was considered), was to get a song out setting everyone straight.

As a musical duo that pens their own songs (I assume, Anon) why don’t you do that? You avoid any problems ‘re-branding’ might raise and you’ll kill 5 minutes of stage time. Marvellous.

Best of luck with this, let me know how you get on,

Myra DuBois can be seen in her evening of musical theatre Sing Out Louise at the Royal Vauxhall Tavern on 25 April.