Meet Jesse Scott: A Man Who Stands On His Head, On A Trapeze 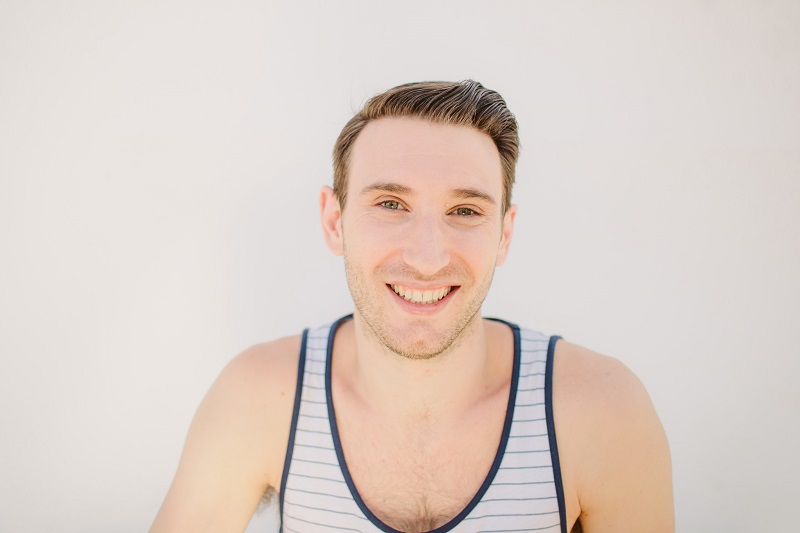 Having thrown off the old school trappings of ringmasters, animals and slapstick clowns, modern circus has grown in all kinds of thrilling directions. Driftwood, the latest production by Australian company Casus is a fine example of this, relying as it does on a small number of acrobats to portray an intriguing take on possibly the greatest riddle of all – human relationships.

The troupe’s first show Knee Deep was a worldwide hit and, with their current one appearing as part of the Underbelly Festival on the South Bank, we had a word with co-founder Jesse Scott. He has grown up living and breathing circus for as long as he can remember: he trained and toured with Flying Fruit company for 11 years and performed with Circa for three. His speciality involves doing an aerial feat which looks amazing and more than slightly crazy but we’ll let him describe how that came about.

The themes of both Knee Deep and Driftwood are quite abstract. Where did the ideas come from?

When we were creating the show, we looked at driftwood as a metaphor for human relationships: a piece of driftwood floats down a stream bumping into other pieces tangling itself then splitting apart again to continue on its journey. This is a lot like the people we encounter on our own journey through life; they shape who we are and the person we became. We wanted to explore this through our signature style of acrobatics. But like our other show Knee Deep, the theme is not the driving force and this means the audience can and does take away their own stories from the show.

Australia has given birth to a number of the finest modern circus troupes around. What makes Casus stand out from the crowd?

Joy, humility and honesty on stage and off. The most common thing I hear from the audience after they see one of our show is they saw the true joy of what we do and the real bond between performers. We are a human circus. 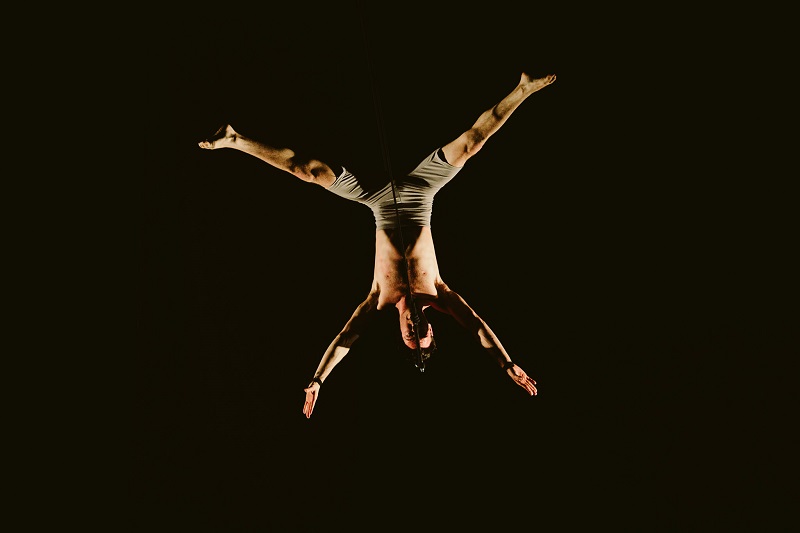 How did you get into circus?

I’ve been around circus since I was a baby growing up in a youth circus called The Flying Fruit Fly Circus. It’s the only thing I have ever done and to this day it is still my passion. Circus is constantly evolving and you need as a artist to keep up with the changing demand, pushing the limits of what your body can do and what the audience wants keeps me on my toes. It’s an exciting life.

“My head trainer chose me out of 70 kids, took me aside and made me stand on my head.
.”

Who are your circus inspirations?

The two creators of a wonderful Australian circus called Company 2 David Carberry and Chelsea McGuffin they have both been a massive influence and inspiration to me. They create amazing work and are amazing people.

How long did it take you to work out what you wanted to specialise in?

When I was 15, my head trainer chose me out of 70 kids and took me aside and made me stand on my head. At first, it was only for a minute at a time; over the next 5 months, that time increased to 30 minutes on my head. I didn’t know why he was making me do this until one day he pulled out a trapeze and told me to head stand on it. This became one of my speciality. To this day, I’m still unsure as to why he chose me but I’m very thankful he did.

“As corny as it may sound, we love each other.”

How did the core Casus crew come together?

Through a desire to make work that we had complete control over. We have always and will always create together. This is our strength and I believe you can see this on stage.

Why do you think you work so well as a troupe?

We are a family. We trust each other with our lives, lean on each other in crisis and everyday make each other laugh until our tummies hurt. As corny as it may sound, we love each other.

Driftwood will be appearing as part of the Underbelly Festival until 4 June. Read our review here.