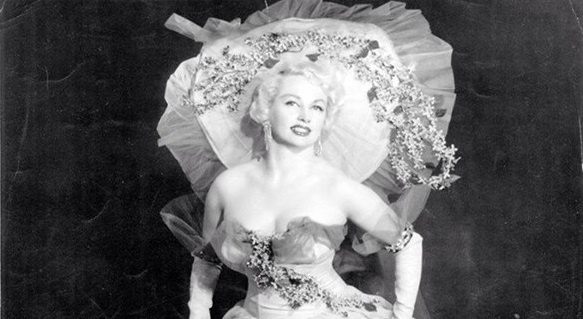 This week sees as a series of fundraising events in honour of “the Marilyn Monroe of burlesque”, one of the founding legends of modern burlesque who passed away earlier this month. 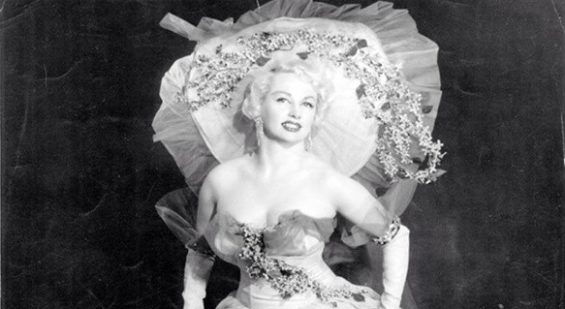 Dixie Evans, founder of the Burlesque Hall of Fame, passed away earlier this month aged 86.

Modern burlesque would be a very different beast but for the likes of legendary figure Dixie Evans. Known in her heyday as “the Marilyn Monroe of burlesque”,  her later years saw her become the godmother of the current burlesque revival. She created the Exotic World Burlesque Museum, based on the collection of memorabilia put together by her deceased friend Jennie Lee, assisted by Lee’s husband. As a way to draw people to the museum, she initiated the Miss Exotic World pageant in the same year. That pageant crowned Miss Exotic World, which in more recent times has been re-titled the “Reigning Queen Of Burlesque” and is seen by many as the highest acclaim possible on the scene.

Earlier this year, Evans suffered a stroke. The community rallied and came together to propose a Dixie Evans Week, running from 26 August-2 September), to raise money to cover the costs of her recovery. Sadly, Evans passed away earlier this month but her dedicated week will go ahead with proceeds going towards outstanding medical bills. The events so far scheduled are:

And that’s not all. After the official Dixie Evans Week events, Mat Fraser will be hosting his own tribute to the legendary burlesquer on Wednesday 4 September, namely a summer special edition of the infamous Sleaze dedicated to the burlesque legend. Fraser met her earlier this year along with his wife Julie Atlas Muz, an ex-Miss Exotic World. Evans recalled a past phrase which stuck with them: when an act was asked to perform more risque material than usual, this was called “playing strong”.

With this in mind, the couple are calling the show Playing Strong: A Tribute to Dixie Evans. Joining Muz and Fraser at the Lockside Lounge are Venezuelan burlesquer* Chiqui Love, rock and roller Rasp Thorne, “Mommy Sleaze”  Trixie Malicious, fast-rising trannie about town Miss Cairo and the stage kitty with claws Lilly Snatchdragon. Best of all, the show is free. More information on the show can be found here.

Dixie Evans Week is being celebrated internationally so, if you’re not in London, there may still be events near you. Check the official Dixie Evans Week website for details.

Want to see more of the great lady in the flesh? A playlist of Dixie Evans videos put together by the Burlesque Hall of Fame can be found here.

* try saying that after a few