Lady Alex Gets Crazy About The Eighties 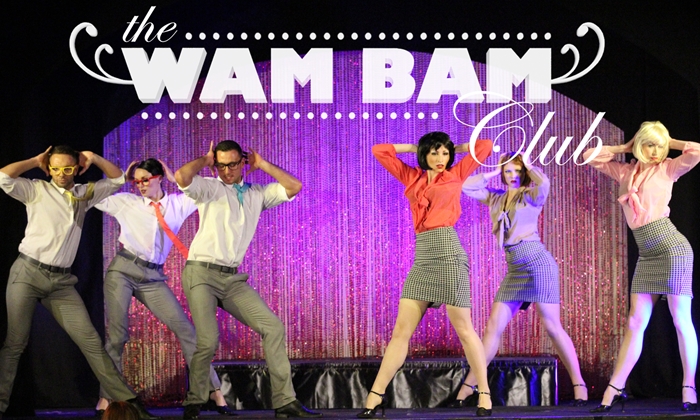 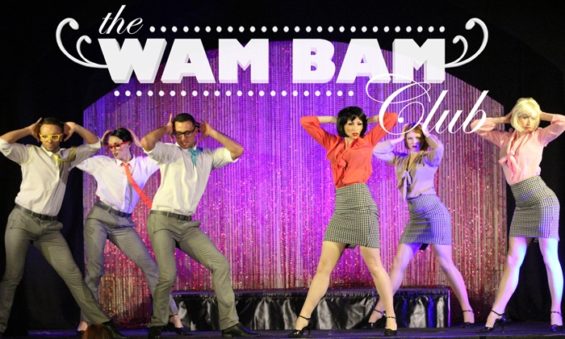 This year, the Wam Bam Club is living up to its name with a spurt of explosive growth. Not content with its longstanding Saturday night show at the Cafe de Paris, they expanded in April to take over the Bloomsbury Ballroom on one Friday every month. Just four months later, they unveiled a new venture: an 1980s themed night at Rise Superclub in Leicester Square called Electric. The retrotastic evening will take its audience back the days of mammoth mobile phones, Conservative Party dominance and some awful TV. Those reading this on a Galaxy Note while Channel 5 News burbles in the background may be experiencing déjà vu right around now.

We spoke to Wam Bam supremo Lady Alex about the genesis of her journey into the past and what in particular inspired her love of the Eighties. Please note that the following may lead to painful flashbacks for the over-forties and some confusion for the under-thirties. Take it away, Lady A…

When I walked in the Rise Superclub for the first time with its black and chrome interior with lashings of pink neon I was instantly transported back in time. It felt like I was standing on the set of Cocktail waiting for Tom Cruise to shake me up a colourful drink and convince me he’s not gay. Not that I was massively tuned into what being gay meant.  At the time I assumed it was just men “relaxing” as Frankie put it in each other’s company and only doing “it” when they wanted. Whatever “it” was.

My little back to the future moment at Rise Superclub started me off on a journey of reminiscence. I could feel genuine teenage excitement coursing through my veins making my hair react by curling up into the tightest of curly perms.  I was one lacy glove away from a Madonna video.

When I left the venue and was walking home I noticed how much 1980s fashion was back on the shelves with a 2013 twist. So there was my show concept – the aim to provoke this same reaction in the audience I had walking into Rise. A burlesque cabaret show with a large nod to the decade that gave us powerful women, legwarmers and E.T…. but with a modern twist. To wit, the ultimate re-mix tape of your life.

I could sit here and tell you how inspired I was by the Berlin Wall finally coming down, the first woman in space and Live Aid and, yes, all these things were pretty major. However, what people always choose to remember more is the fun stuff of popular culture because that was what influenced us most when we were younger and less socially conscious.

So here, by the power of Greyskull, are seven things I adore about the 1980s.

The 1980s marked the transitions into statement hair for me. No more bowl cuts. I wanted big wild and often crimped hair.  Even the boys were sporting bouffs which were out of this world and we ladies loved them. I thought George Michael was a hair god (like I said, my gaydar was switched to mute).  His floating big hair was what dreams were made of. Perms were back in a big way. For me, it was wild. Expressing yourself through your hair and dying strands unusual colours – who could resist?

That decade’s fashion was fun and seemed split between the power dressers and the wild rebellious youth. I loved the big Dynasty dresses with heavy shoulder padding and shiny fabrics but I also was the proud owner of a RaRa skirt, leg warmers, a reversible (yes, reversible) jumper and more hair bows than Minnie Mouse. Any sensible top my mother brought me got slashed at the shoulders and tied off around my waist.  Homemade modifications were easy to do and oh so cool. Why have tights when you can rip holes in them and made a statement?  Quite what that statement was I had yet to define. Rebellion, I guess. In retrospect, it makes me laugh how I spend so much time ironing costumes now (about half my life). Hand me a pair of scissors: I want to modify something now

There are some great movies from the 1980s from Cocktail to Ferris Bueller to frankly anything Michael J Fox turned up in. Pretty In Pink had me wearing nothing but pink for about a year. I was particularly pleased as, like Molly Ringwald, I too was a natural red head except still at school and sporting NHS specs. Yum!

E.T made me cry though I’d never admit that to anyone at the time. I was too young to watch The Shining and Fatal Attraction but watched them anyway and didn’t sleep for a week. And lets not forget Ghostbusters, The Goonies and Blade Runner – all totally ace films I will still happily watch  today.

The best bit of tech to arrive in the 1980s for me was the Sony Walkman. I could listen to cassette anywhere I wanted. Music on the move to me was amazing to me and dangerous. Rather then looking both ways and listening for traffic when crossing the road. I was busting moves and singing along.

There is so much music that was just out of this world. Pop was fun if slightly manufactured, synth was cool, Soft Cell were ace and I adored Annie Lennox. Her powerful androgynous look was so strong and feminine.

The dawn of the computer game meant there were less and less boys coming out to play. So that doesn’t get onto my top ten. We had a games console and, while the games were fun, the hours waiting for the tape to load were not. Rubix cubes slightly befuddle me to this day. But I did love a My Little Pony. As a city girl, this was my first and only vaguely equestrian experience. Enough said!

Seeing Prince Charles and Lady Diana tie the knot was quite a marked occasion for me. It was the first time that I sat wide-eyed in front of the TV and watched a real live princess getting married. That was it: I was hooked. Big dresses and a Prince Charming were all I wanted. It seemed most people were inspired by the day. I know our Wam Bam resident DJ Earl of Ealing spend that day parading around Buckingham Palace dressed as a new romantic dandy but that, I’m afraid, is a whole other interview…

Electric opens its doors on 20 September. More information on the Wam Bam Club can be found on the official website.