Review: Joe Black’s Meet Me At The Eldorado 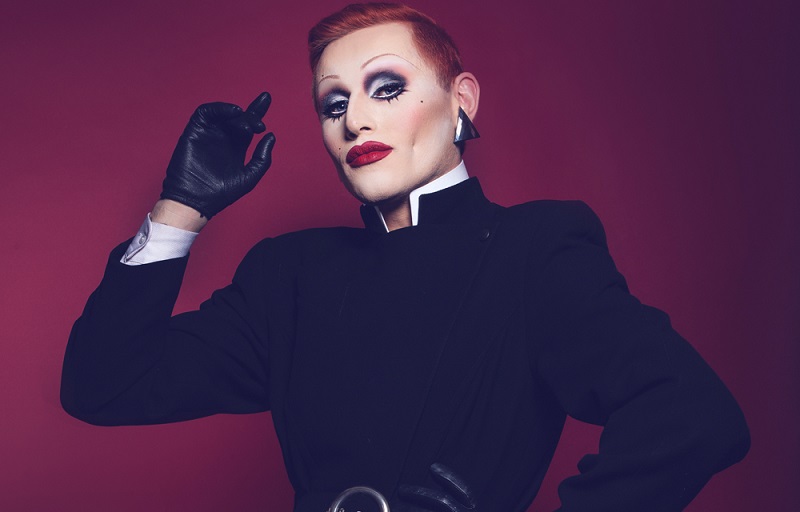 Joe Black's Meet Me At The Eldorado

The wooden Paradiso Speigeltent is back on the Southbank for the summer. Erected in its usual boozy enclave near Waterloo, it is all sparkly-mirrored retro glamour, promising 1920s-style Teutonic debauchery. Joe Black’s Meet Me at The Eldorado is a show that has actually managed to deliver exactly this, capturing a taste of the infamous inter-war Berlin nightclub that feels authentic. Forget Fraulein Sally Bowles and her “sitting backwards on a chair” antics; this is something much less Hollywood and much more seedy. Those nasty Nazi boys may well have died off decades ago but forget that: Joe is going to party like it’s 1929.

Self-proclaimed drag clown, musical comedy misfit and acid-tongued ringmaster, Joe Black defies definition and why would you want to pin him down anyway? As the star of this re-created club, he’s an androgynous beast, thrusting his glorious aquiline nose forward and stalking the stage in art deco layers with an ostrich feather poking out of a turban. Alternatively, he flips to become a top hatted Dietrich-a-like complete with a jaunty pair of heels.

Accompanied by the sinister and terminally bewildered Friedrich Hollandaise on piano, Black twirls, preens and belts out a range of musical numbers. Just when you think you’ve got him pinned down and sussed out the style, it changes again. Starting with a medley of Shirley Bassey and Liza Minnelli numbers, Joe then growls his way through Tom Waits and flips it again by purring a couple of Marlene Dietrich numbers coquettishly. There’s a Brechtian parody, a taste of Kurt Weill and a terrifying rendition of Mary Hopkin’s Those Were the Days. He even mimics Dietrich’s turn on the musical saw. If that doesn’t impress you, I’m not sure what will.

It’s a deliciously anarchic yet cleverly structured show that shows a passion for the theme. There’s an intellectual but never patronising undertone (there’s even a song about inviting nihilists for dinner) and a hint of surreal chaos. Ultimately Joe is a warm and witty presence, even venturing into the crowd to bid the audience farewell and pose for photographs at the entrance. It’s not hard to see the appeal that makes him a regular feature of the London and Brighton cabaret scenes as well as a UK ambassador for RuPaul’s Drag Race.

If you get the chance to see Joe Black perform then grab it with both bejewelled hands, don some rhinestones and slink your way down to this (metaphorically) smoky lair.

Words: Chris Bridges, exclusively for This Is Cabaret.

For future opportunities to see Joe Black, check out his website.