It’s About Time: Eight Candidates For The Next Doctor Who 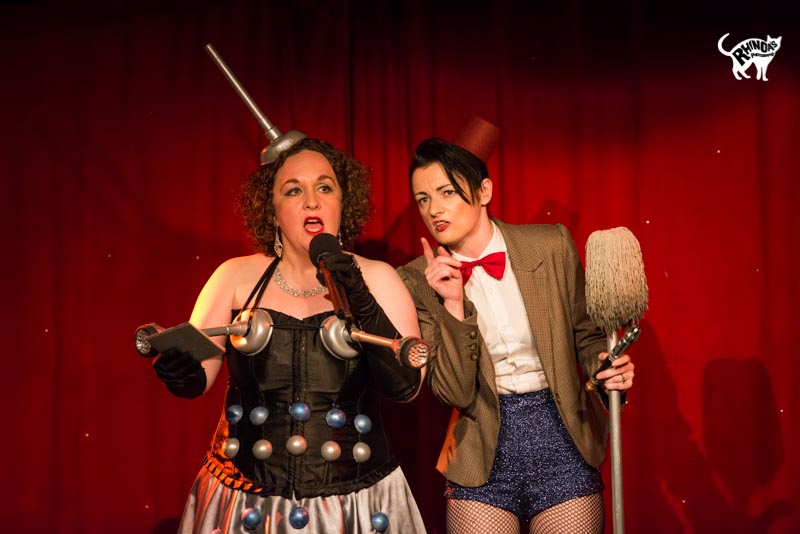 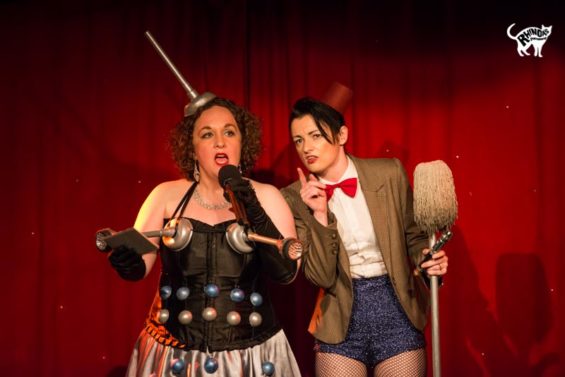 As Matt Smith has announced his departure as the eleventh Doctor Who, there is a gaping hole in the Tardis where the most famous Time Lord of them all should be. When he regenerates at Christmas, whose face will appear where Smith’s once was?

It is not for us to tell the BBC whom to choose as the next Doctor. No. There are, though, many performers in the cabaret scene who would do a fine job wielding a sonic screwdriver and saving the universe (again). We present eight candidates, all of whom would bring something a little different to the table

We’ve already had a Northern-accented Doctor but not one that could halt entire space fleets with a stern glare and a sharp word. DuBois’ legendary tongue could tear strips off Ogrons and send a squadron of Cybermen into meltdown. Over the summer, she can be seen mingling with a variety of strange life-forms at Zoo Lates; even better, she comes with her own non-human assistant Edward and is kiddy-friendly. Kind of.

The Doctor’s sartorial elegance (or lack of) is a constant talking point. The new series has seen leather jackets, Converse trainers and bow ties enjoying some semblance of cool again.

If the producers are looking for someone to carry on that trend, gentleman juggler Mat Ricardo and singer Georgeois Bourgeois would both make excellent candidates. The former comes with his own tailored suit but may eschew the sonic screwdriver in favour of a cane or his mother’s kitchen knives.

The fashion-forward Georgeois Bourgeois, meanwhile, is regularly kitted out by designer Julian J Smith, comes with his own sassy, cute and intelligent female assistant in sibling Maurice Maurice and has already been to the fourth dimension. Which is nice.

We know Time Lords can change their bodies around series end but did you know they can change gender and skin colour too? So why can’t the next Doctor be the indigo queen of ukulele?

Heather Tyrell already has sturdy geek credentials having written the brilliant cabaret folk-packed comedy gamer flick Nemesis Of Doom. Away from the keyboard and with a ukulele in hand, she is better known as Tricity Vogue, purveyor of bawdy ballads who occasionally regenerates into the Blue Lady, an indigo alien-like creature only able to communicate through song or her dancers.

No list of Doctor Who candidates should ignore this queen of Whovian burlesque. New Yorker Nasty Canasta has appropriated a number of ideas from the hit BBC show for her routines, including a Tom Baker-era scarf, life-size TARDIS and angle-grinding Cybermen. The Lady TARDIS costume is particularly inspired, and this flame-haired beauty could very well make for a rather fabulous (not to mention sexy) female Doctor.

According to the boffins, dark energy makes up around 72% of the universe so who better to traverse the space between the stars than Benjamin Louche, the Lynchian archmage of black humour? It is a good thing that the Tardis is bigger on the inside: as host of the award-winning Double R Club, he has built up a cult following to rival the Time Lord’s and he will need space for all the strange and wonderful denizens he oversees each month. The Club’s co-founder Rose Thorne has a warning ready for any alien invaders tempted to take on her and Louche: “Don’t fuck with the Double R.”

Another no-sloucher in the clothing department, Des O’Connor is fearless in the topic department. Recent appearances have seen him sing the (possibly only) love ballad of Fred and Rosemary West, extol the virtues of the Dirty Sanchez while dressed in naught but an acoustic guitar and don a silver tracksuit to brilliantly eulogise Jimmy Savile.

His undoubted bravery aside, O’Connor’s background in the Cambridge Footlights will stand him in good stead when it comes to impressing at the auditions.

This suave, musical strumpet most certainly knows how to cut a dash and could sing his way out of any tricky apocalyptic situation. A dab hand with the mascara wand and a man of many guises, Dusty can change his image quicker than you could say Weeping Angels, which, incidentally, he would have much in common with: he is melancholy personified, the Darkling unafraid to tackle mortality who describes himself as “stand-up misery”. Perhaps Dusty has more of the evil Master about him than the optimistic Doctor…

If this list doesn’t convince the BBC bosses that cabaret holds the next star of Doctor Who then perhaps you have a better idea that we can propose to Steven Moffat?

Unfortunately, the role of the Twelfth Doctor was given to a sweary Italian gentleman. No, not that one, this one.