Is This The End Of Red Bastard? Don’t Say It’s So 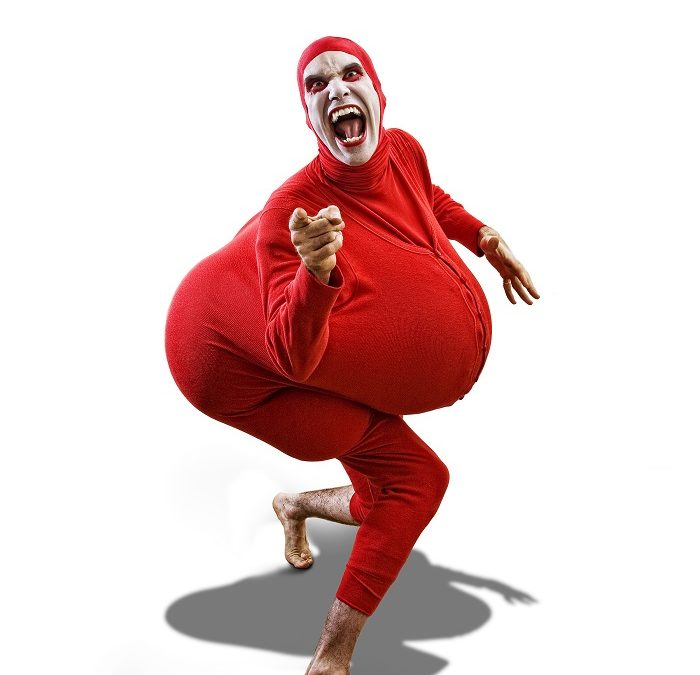 Stop all the clocks, cut off the telephone, prevent the dog from barking with a juicy bone for Red Bastard has announced his final London shows. There won’t be many tears shed at this news: those who have seen him in the flesh are more likely to recall the experience with a slack jaw and a thousand-yard stare than anything resembling a Hallmark emotion. “Where did the bad man touch you?” “Right there, right between the ears.”

Sure, the world will be safer without this terrorist on the loose but where will we now take the dates that we want to shake off and can’t take a hint? Or the work colleagues who think they’ve seen it all? Or the family members who we have no desire to speak to again?

Those who want to relive the experience (or ditch those pesky dates, work colleagues or family members) should get thee to the Arts Theatre where, from 22 February to 5 March, Red Bastard will be playing out his final stage appearances in London.

Having said that, the crimson crusader against sanity and a good night’s sleep may not be completely done with the capital. Word reaches us that his alter ego Eric Davis may start work on a new show after this run is done. It is unlikely, though, that we’ll see the crimson horror back here before 2017; by that time, President Donald Trump could have declared World War III on China, Russia, North Korea, Mexico and outer Uzbekistan so don’t delay and grab this chance now. Freedom is another word for not realising what you’re just about to lose.

Red Bastard will be at the Arts Theatre on 22, 25, 27 and 28 February and 3, 4 and 5 March. All shows start at 10pm except for the 28 February which starts at 5pm. The show lasts 75 minutes and tickets are £20 each. More information can be found on the official Arts Theatre website.