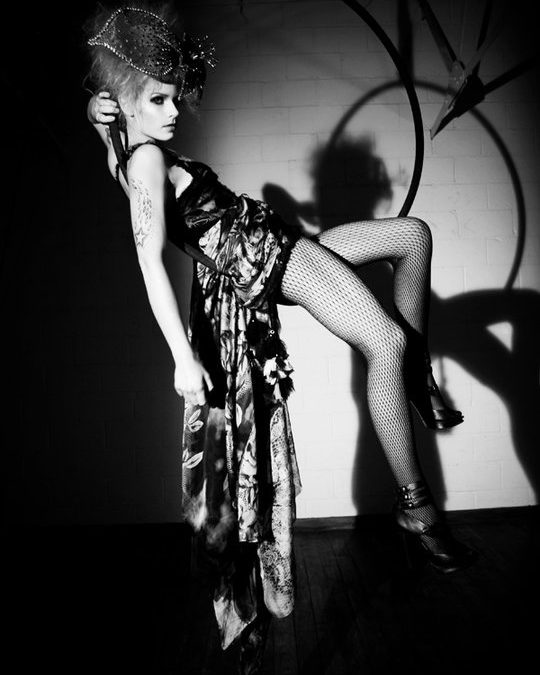 Since discovering circus in her early twenties Lisa Lottie has been travelling and developing her skills through performance and studies all over the world. With hula hoops as her main discipline, she tours the globe as a street performer and corporate entertainer across. 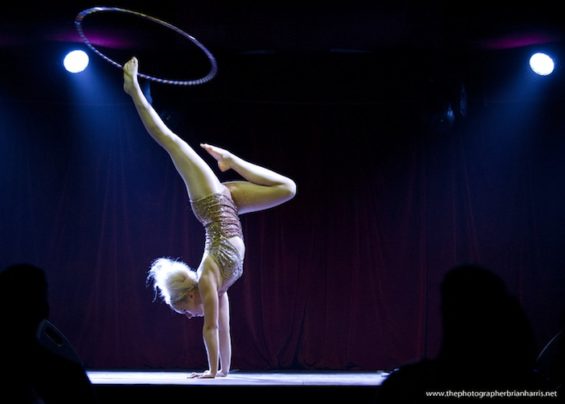 Currently based in London and Melbourne, Australia, hoop performer Lisa Lottie has through dedicated training and sheer hard work created quite a buzz. Her Youtube videos have garmered over 1.5 million views and she has an impressive performance résumé featuring the likes of Boom Boom Club, India’s Empire Circus and Valencia’s Circo Gran Fele.

Her repertoire has expanded over the years to cover a number of set pieces. These include the street act Bend It Like Barbie, hula hoop shows Differente and Slinky Hoops and a comedy contortion routine in which she squeezes through a tiny metal hoop, at one point bottom first.

Lottie spoke to us about how she caught the circus bug and the whirlwind journey she has taken since then.

I literally stumbled upon circus in 2006. I lived in Brighton, I had a life full of good things but I didn’t really have a major passion. I got handed a hula hoop and I enjoyed playing with it but I wasn’t particularly good at it or wild about it. Angie Mack (of Brighton’s Hoop O’Click collective) was the only one I knew who was a circus performer and she was bloody good at hula hooping, it amazed me. She turned down the to join a circus in India but she wasn’t too keen. I loved travelling and I ended up doing it instead.

I had three months to learn how to hoop well enough to be in a traditional Indian show. It was hilarious, Angie taught me some lessons and from doing absolutely nothing I started training three, four, five hours a day to make something of my hoop skills. I ran away and joined the circus, I joked. Before starting on my hoop training, I couldn’t even touch my toes and I had never even tried to do a bridge before. It seriously opened up my eyes. My first ever performance ever was in a sold out 5,000 seater big top in Mumbai’s Churchgate district. I remember being so nervous I almost fainted!  Four other westerners and I were the first white import ever into an Indian circus. It was all over the newspapers, it was complete madness. Not the most common introduction to circus…

After I left the circus I stayed in India and started to work in the corporate entertainment industry throughout India and Asia, working my act in lots of shopping malls, at business events, galas, weddings, dinner events, anything you could think of really. I was quite into the business side too, I think I worked on that just as much as my skills. I continued to train hula hoops and flexibility on a daily basis. I think it took me a year to get into the splits. Eventually I went to two different circus schools: the national Brazilian circus school in Rio de Janeiro and later the Circus Space in London.

What do you think of the world of circus today? Is there anything you would like to see change?

Circus now is so exciting, there are so many more styles than ever before. It’s for nerds, dancers, gymnasts, annoying little overly talented youngsters, old school variety artists, b boys, stunt people, musicians, visual artists… we can all work together for one goal: to create something amazing. With circus being more & more recognised as a ‘proper’ artform in the UK I can see it be more realised year after year. I think it’s going in the right direction! 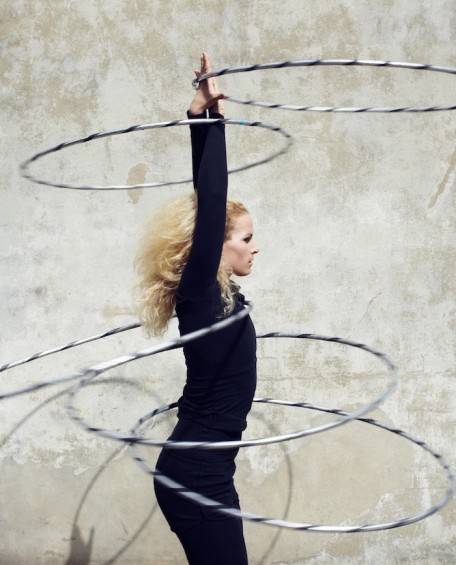 Do you have a favourite venue? If so, why?

I love a good ballroom! I love old venues because they tend to be so romantic. A nice royal theatre or anything with a bit of history always makes me feel very humble. Lately the London Hippodrome has been pretty awesome. They have a nicely sized stage and the Matcham Room is just gorgeous.

What makes a good performance space? What do you like to see when you turn up to perform?

SPACE! Having an actual SPACE to perform, length, width, height mainly! It’s what puts me off so much in so many of the London venues. It BAFFLES me to see that there are some venues that refurbish as a cabaret venue and actually downsize the size of the already minuscule stage. Other than that I like a good set of lights, a competent tech person and some more space, in the changing room so I can warm up. I think it’s also very important that the audience is comfortably seated and that I can hear my music as well as they can.

How different do you find the worlds of private venue performance and street performance? Do the audiences have different wants and needs?

Very different! The biggest difference always being that if an audience is watching my street show and they don’t like what they see they will just walk away; that’s what makes it so special too. You have to be very strong mentally to be able to deal with the constant rejection. At the same time though, when you have an amazing show on Saturday afternoon in Covent Garden and there’s a thousand people who have stopped in their tracks to watch you behave like a total idiot and they are clapping, cheering and going crazy I can really take a step out of that to assess the situation and feel like “yeah, I did that!”  When I do a venue show I perform for five minutes and the audience is already there, they want to be entertained, they have paid for it already, all I have to do is deliver the goods!

What are the challenges of being a street performer?

Where to start? I think the biggest challenge comes in the earliest days. I have spent summers crying on the street with hula hoops in my hands, not knowing what the fuck to do to be entertaining to these people. How to make them stop and watch and then keep them there. How to learn to write material and make it work. It really is the most awful and degrading process, and you make no money whatsoever. But I had this ridiculous urge to make it work because I knew that I wanted to take a stage with me always, no matter where I was in the world. No matter how, I wanted to be able to bust out a show anywhere, anytime. It’s the ultimate freedom as an artist.

I never have to worry about not getting any bookings because I create my own work. If I want to work on a new trick, a new routine, new material I just go out and do it. If I need money to buy something I just go out and make it. Since I made the decision to be a performer I have not had any “ordinary” jobs.  Other challenges? being constantly harassed by bums, junkies and general street life, having some very challenging “competition” with other street artists who are not respectful of street entertainment etiquette, being cold and miserable and  having to stretch way more than you want on those days and having perpetually cold feet! Saying all that I absolutely love being a street performer and I wouldn’t trade it for any other job in the world.

What are you currently working on? What’s happening in your world right now?

I am currently on tour in Canada performing in different cities around the country at “Buskerfest” events. Towns pretty much shut down their roads for the weekend and a whole cast of some of the world’s most amazing street performers come in and do shows for typically three days though up to ten days sometimes. Street performing is huge in Canada and the shows are incredible. The people are so friendly and welcoming and I get to hang out with some of my favourite friends.

Any big plans for the future, or things you aspire to achieve?

I’m always working on making my street show better than the year before, I also hope to have a new hoop act in 2014. I want to make something more classical and put in a whole series of new tricks I have been working on. I still want to make my own solo Fringe show but I always say I won’t do it before I am 32, which is still 4 years away so I’ve got time. I am always working on it in the back of my mind though. I haven’t trained or performed any aerials since 2011 and last year I said I would let loose in it again and I managed exactly one 30 minute session in the entire year. So go me! This year I am going to get my driver’s licence. That is my top priority! 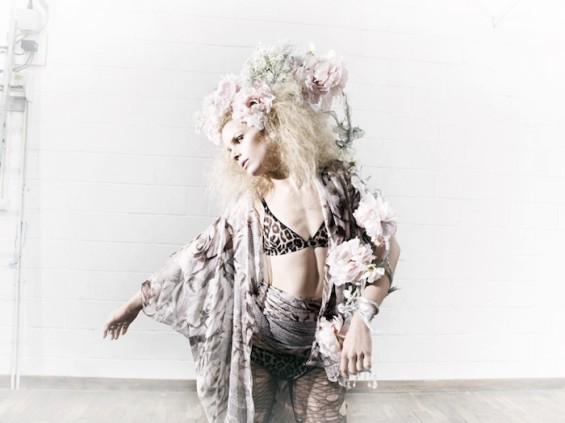