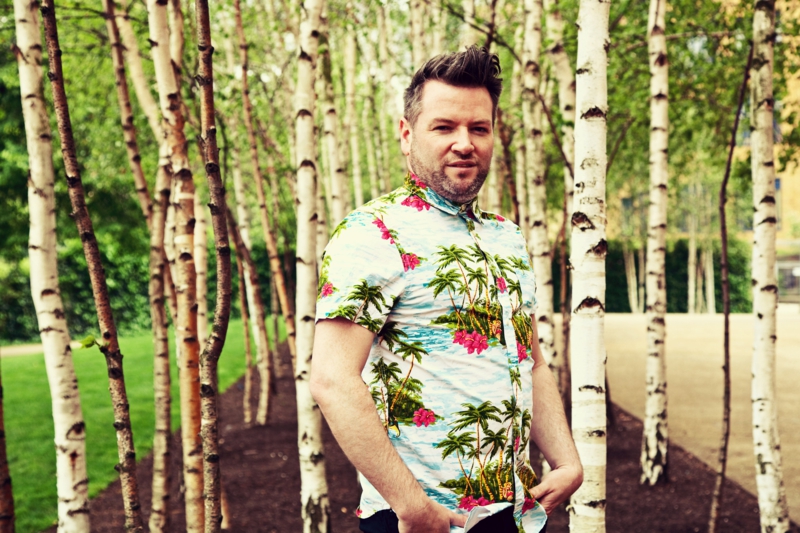 Appearing at this year’s Edinburgh Festival Fringe, Edward Reid became an overnight sensation in April, 2011, storming to the semi-final of Britain’s Got Talent with an arsenal of quirky songs that mashed pop tunes with lyrics from children’s favourites.

His appearance also caused a Twitter storm, with many accusing him of having plagiarised a number of songs by Frisky and Mannish, an act that had considerable success at the Edinburgh Fringe in 2009 and 2010. 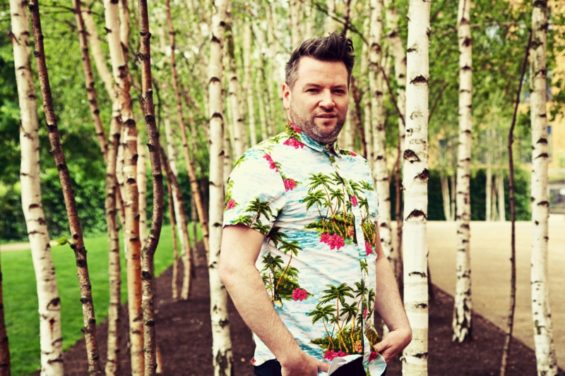 Edward Reid will be at the Assembly Rooms until 15 August.

He told The Sun at the time: “I have heard of them but I haven’t copied their act.” When asked about the songs’ origins, he said the songs came about when working with autistic children.

In response, Frisky and Mannish said that they performed on the same bill as Reid at the Glasgow Cabaret Festival and discussed their act with him before his first appearance on BGT.

Here are Frisky and Mannish appearing on Radio 1 in March 2010.

And Reid on BGT a few months later.

Reid took time out from preparations for his Fringe show to answer some of our questions.

Regardless of how they came to be devised, how similar in concept do you feel your BGT songs were to those you have heard performed by Frisky and Mannish?

If you google Mad-donna on YouTube singing Wheels On The Bus to Ray Of Light, you will hear more of a resemblance to Frisky and Mannish. If you listen to Sister Act 2 and the song Mary Had A Little Lamb, that’s more me! ·

Do you feel that the similarity is entirely coincidental?

I think they are amazing. I was totally inspired by them. But I came to my song via my own journey. I will be explaining that on my tour. ·

Do you still maintain that you devised the songs entirely independently of anything you may have heard or seen of Frisky and Mannish?

Frisky and Mannish said themselves that they don’t own the rights to changing lyrics to songs in The Sun.

If you go see Ali McGregor or Out Of The Blue at the Fringe, you will see many different styles and interpretations of twisting songs around and you can see it is common!

In hindsight, would you have changed what you said to the Sun?

No. I don’t know why I would want to.

Do you still perform to audiences the songs seen on BGT?

Yes. And I’m still not tired of it.

Have you spoken to Frisky and Mannish since your appearances on BGT?

No, but I think they are amazing and wonderful!  And I hope they enjoy the scandal and being in the tabloids as much as I did.

Tell us about the new show. Will the musical elements be pop/rock or can fans look forward to the more humorous numbers they saw on BGT?

It was  a creative decision to go do the road of straightforward songs, new arrangements of old classics and some fun stuff! I think it’s magic!

There are some in the cabaret community who actively reject calls from talent shows like Britain’s Got Talent. Mat Ricardo has said “I’d only go on Britain’s Got Talent if my act could involve a bomb belt.” How would you persuade performers to take part in these shows?

I wouldn’t actively go out to recommend one enters a programme like BGT. However, if someone was going to go on the show and wanted my encouragement then I would definitely support them.

Having said that, it is different to performing at the Edinburgh Fringe where 12 people can see you, judge you and give you 2 stars as you can hide rather than going on TV and risk being humiliated by judges in front of millions. I know plenty of cabaret acts that have auditioned, been humiliated and are so thankful their audition wasn’t shown.

BGT has come in for particular criticism with some saying that it leans heavily towards musical artists to the detriment of circus and other variety acts. Having made it to the semi-final, how true would you say that was?

Well, I am a singer. So when my friend entered me for BGT as I don’t do opera I decided to do something quirky. If people pick up the phone and vote for a singer then it is the public’s choice.

If you had a chance to work with anyone else at the Fringe, who would it be?

The Hoff was very impressed by your act. Given the chance, which song would you like to duet with him on?

You Don’t Bring Me Flowers. Arguably one of the first mashups ever.

Edward Reid: Living the Dream One Song at a Time plays at the Assembly Rooms from August 11th-15th. See his Edinburgh Festival Fringe listing for details and tickets.