In Pictures: Boom & Bang Circus At Lounge On The Farm Festival 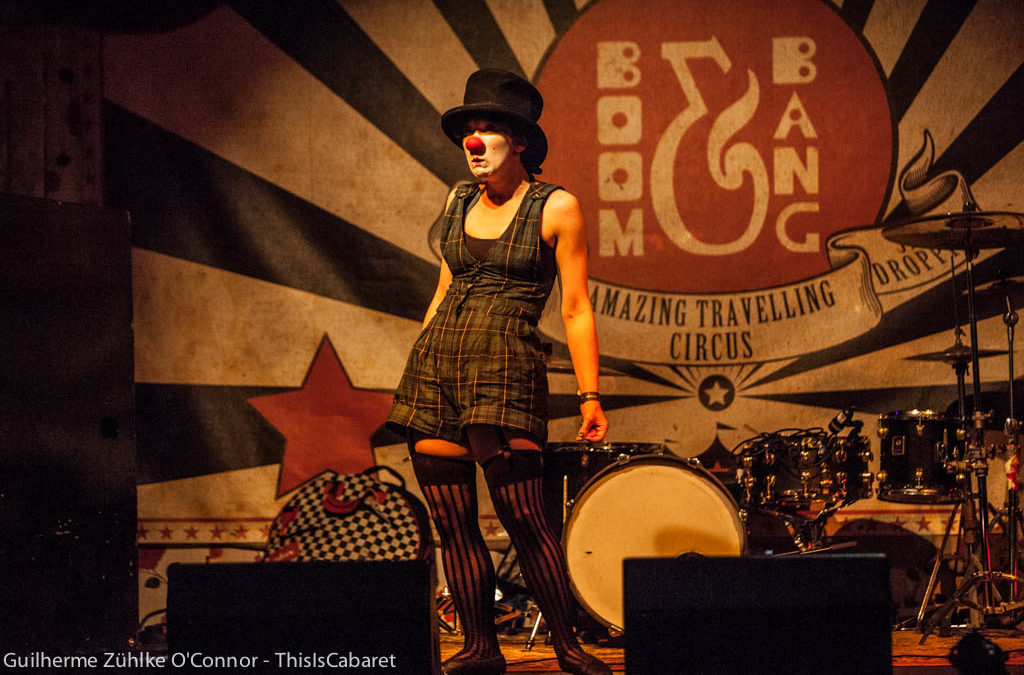 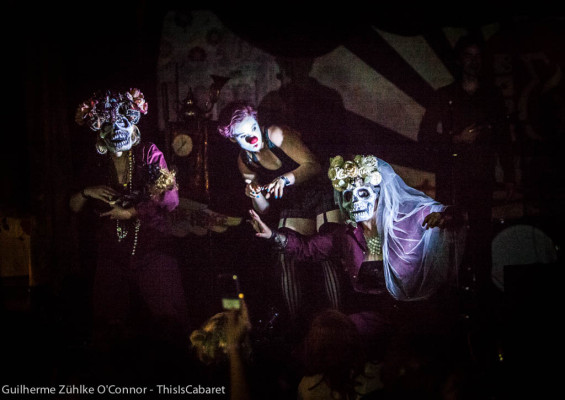 Does cabaret and the great outdoors ever mix? With the notable exception of seeing Holly Penfield take a horsewhip to one of our critics, the audience the cabaret tent at the Apple Cart festival last year would be forgiven for thinking not. So why are we travelling to Canterbury to see Boom & Bang Circus in yet another open air scenario? Surely a waste of time, no? No. Not at all.

Already one of the hottest tickets in town – and, if you’re sitting in the front row when co-producer and burlesquer Kitty Bang Bang goes all pyrotechnic on the audience’s collective ass, probably the hottest – Boom & Bang Circus has arisen from the ashes of the famed Boom Boom Club to outshine its predecessor.

Taking a break from its usual pitch of the Hippodrome Casino’s Matcham Room late on Thursday and Friday nights, the Circus hit the road to entertain those at the Lounge On The Farm festival. It took with it  a pristine line up and a dark and somber atmosphere that shone dark light effortlessly through the use of torches and, when the stage lights failed, improvised lighting. Without even a pause and, in the words of accordion-wielding demon Tom Baker with darkness fully integrated into it, the show went on. From behind the lens, we watched the magic unfurl.

Dott Cotton may be the littlest clown in town but has a stage-filling presence.

Information on Boom & Bang’s London shows can be found on the Hippodrome casino website.