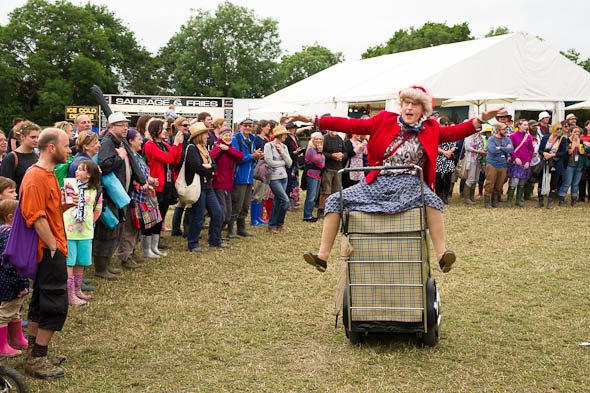 Glastonbury Festival opens its gates this week and the Theatre & Circus Field have a massive amount on offer.  We’re sending our intrepid Circus Editor down to get in on the action and, even though part of the festival fun is stumbling upon surprises, we have a few suggestions to tempt and inspire your wanderings. 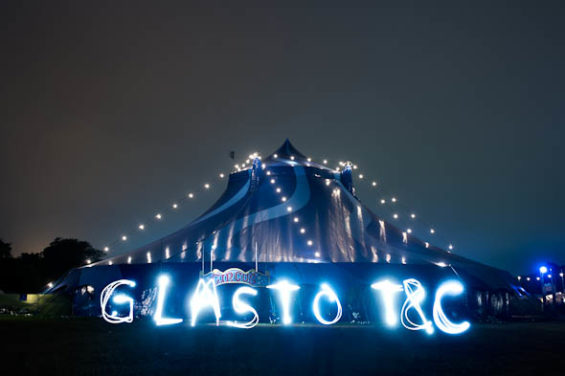 Glastonbury has previously provided a launchpad for shows like Circus of Horrors and recent hit Flown, and this year has awarded large and small scale circus commissions. Circus Geeks will be presenting Arron Sparks’s one-man show Down-Up in the Astrolabe Theatre, which celebrates his illustrious relationship with yo-yo performance while shining a light on the “dedicated community of weirdos” who practice for 8 hours a day to become masters of this retro skill.

The large-scale Big Top commission has been awarded to Leo and Yam for the aerial Alien Forms and Raw Humanity, which sees the duo working in collaboration with Will Davis, Tyrone Herlihy, and recent graduates of the Gravity Circus Centre’s first Professional Training course.  The Pirates of the Carabina will be returning this year with extracts of their internationally touring Flown, and the Big Top is also temporary home to the Australian sexy circus boylesque BRIEFS, and Circus Kathmandu, who will be presenting their hard-won circus skills all the way from Nepal.  The tent will be compered throughout the festival by the likes of Mike Raffone and Miss Behave, and you can catch top jugglers, acrobats, aerialists and more popping up with regular slots.

The Cabaret Marquee is the largest of the T&C venues and boasts around 30 non-stop acts each day.  I’m especially looking forward to Feeding The Fish with their after-dark juggling of lights and colours, but the full line-up can be found here.  As the night draws on, you also have the option of heading over to Mavericks, where tables can be booked for the late-night cabaret that plays from 11pm-3am.

The Outdoor Circus Stage not only has high-flying acts of their own, but also offers daytime workshops in juggling, slack-line and flying trapeze for the adventurous types, and the Sensation Seekers area delights in playful activities and surprise interactions.

On top of all that, there’s a Poetry&Words stage, the family fun filled Summer House, and a full schedule of walkabout acts in the surrounding fields.  (Also worth a sneaky mention: the English National Ballet make their Glastonbury debut this year, opening the Pyramid Stage on Sunday with the WWI themed Dust, choreographed by Akram Khan)

You could almost forget that Glastonbury started life as a festival for bands to come and play music.

If you want to shout about something special, or keep up with the action, official Twitter tags are as follows.  Let us know what we should be watching @thisiscabaret 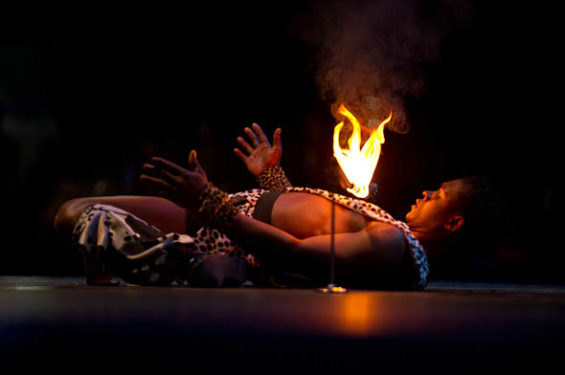 Acrobatic and charismatic, The Black Eagles are returning for this year’s festival IMAGE: Charles Gervais