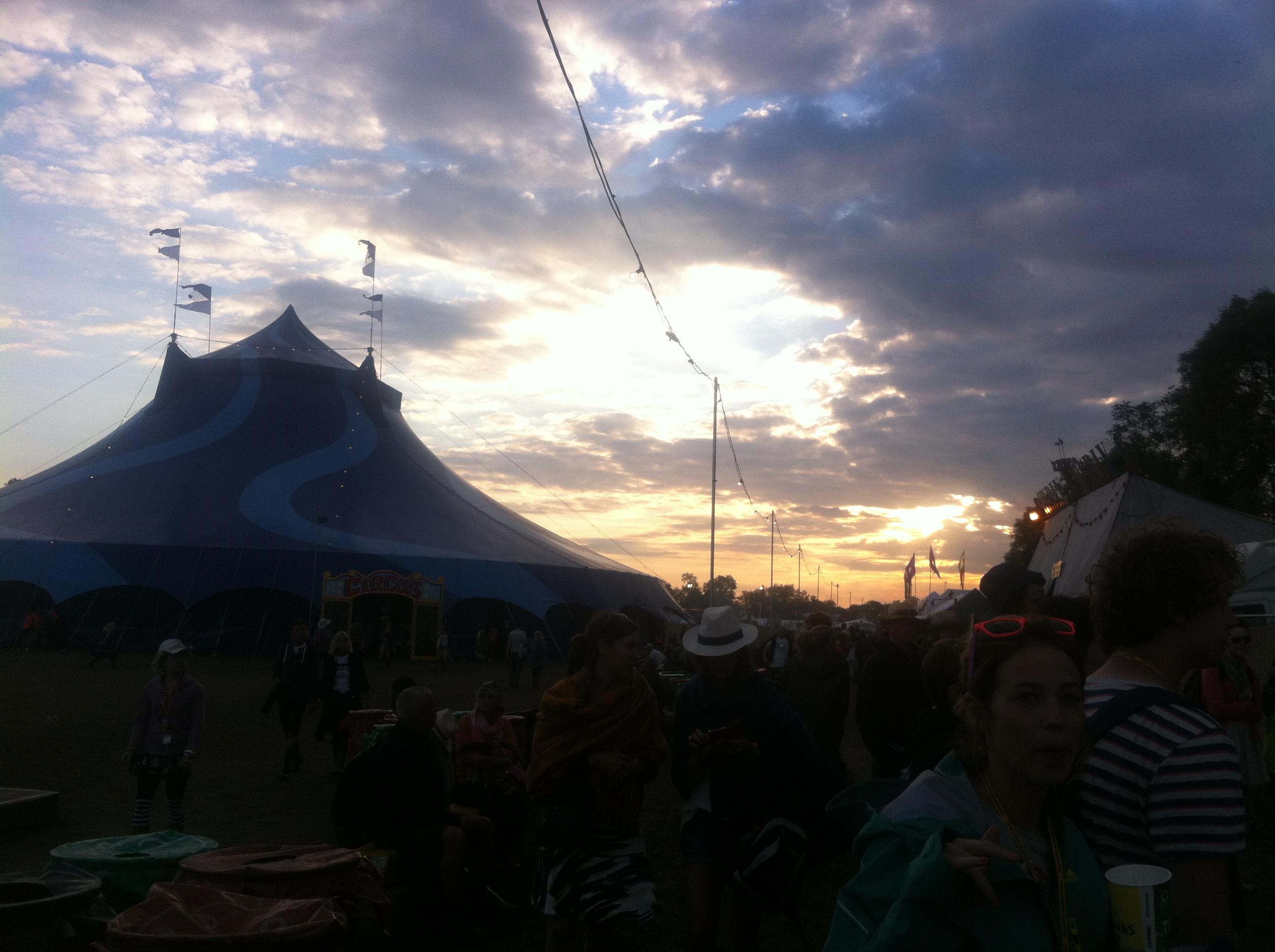 Desperately fighting the urge to sleep for a week, our mud’n’glitter encrusted Circus Editor emerges from her first Glastonbury experience, bringing you a taste of the fields’ fabulous offerings. 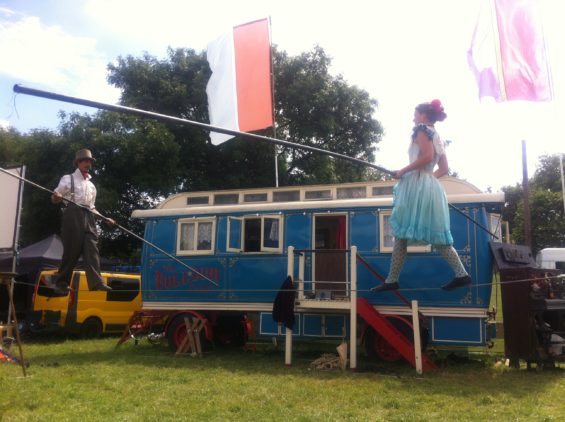 Having publicly bemoaned Britain’s lack of a true circus festival for years, I must take it all back. It’s been here all along, hidden behind the Glastonbury Festival paywall!  Big Tops, street performance, travelling wagons and workshops – all in one place for 3 days and nights – showcasing classical, contemporary, and uncategorisable acts from around the world, and providing a meeting place for circus professionals to hang out and network.

Despite my best intentions, it’s impossible to take in the entire range of performances taking place. With over 8000 artists and staff working on-site at the Theatre & Circus Fields alone, there are also pockets of performance activity popping up all over the 900 acre site.  Wander and ye shall find.

Here are some of my most striking moments:

Being part of a standing ovation for Circus Kathmandu‘s first UK performance in the Circus Big Top, a year and a day late.

Wondering how the six aerialists, suspended from the Arcadia spider’s mechanical claws, deal with the searing heat that belches from the beast during the Glastonbury Landing Show on the top of the hill each night.

Marvelling at the detail and genuine circus history behind the pastiche, in the tiny Insect Circus travelling museum wagon.

Chatting with Mike Wright, (Head of Aerial at Circomedia) about his company Above and Beyond and their outdoor flying trapeze rig, which hosts daily workshops and illuminated nightly performances during the festival.

Being invited to take tea and peruse the beautiful vintage funambulist photo albums of the Bullzini Family before their tight-wire show, and taking a turn at The Slackline School set up next door.

Seeing a new side to Miss Behave as she hosts the Circus Big Top through the storm-enforced power outage on Friday, becoming the children’s new best friend as she kept them – and us – entertained throughout.

Peering in on (possibly) the cosiest cabaret venue on-site, The People’s Front Room.

Getting emotional with the English National Ballet‘s Dust on the Pyramid stage, overcome by the marked contrast between video-projected tales of muddy battlefields from WWI survivors, and our blissful muddy playground of freedom.

Gleefully chanting “We Loathe Michael Gove” along with Professor Elemental at the Sensation Seekers stage.

Spotting Haggis McLeod, organiser of T&C and husband of its late founder Arabella Churchill, juggling three clubs as he rides his segway through the mud.

Bits to fit in next year:

Catching a Hattie Hatstar gig.  Her name appeared on more stage set-lists than anyone else, mostly in and around the Green Fields.

Losing my training wheels and getting behind the scenes a bit more.