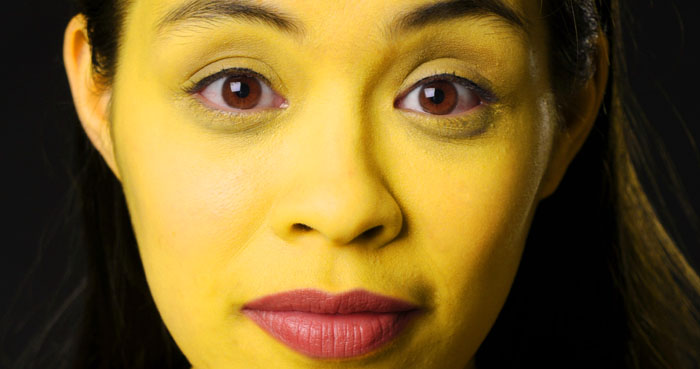 In less than two years making the rounds of British cabaret with her uproarious indecent ditties, musical comic Ria Lina has quickly risen to the pantheon of ukulele royalty. It’s Not Easy Being Yellow, her solo debut at the Edinburgh Festival Fringe, laughs at prejudices surrounding Asian Britons, but finds an uneasy balance between comic relief and, well, comic tension.

Few performers can claim a background that makes for such a convoluted premise. The show consists primarily of satirical anecdotes and rants from the perspective of a Dutch-raised German-Filipino English mother with an American accent, and it’s all true. From pickup lines gone awry to ethnically dubious offspring, Lina’s biography makes for a series of gags to grimace and giggle at simultaneously. It’s shameless controversial humour, but with many candidly serious passages, beginning with her late teenage realisation of belonging to a minority. 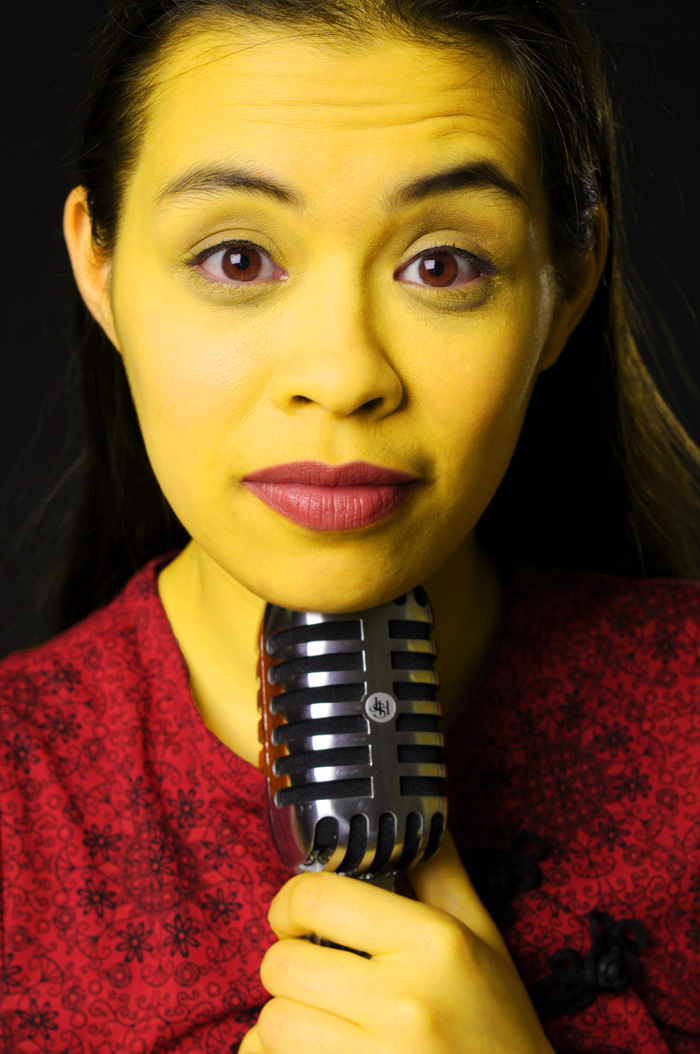 Like a rookie stand-up set, it crams an hour’s worth of performance with enough material for twice that time, and arranges it in cyclical references to recapitulate the causes of her predicaments. When onstage replies to unfavourable published reviews drag that intricate web of discourse into the realm of metalanguage, the last shreds of focus are lost. By the time the PowerPoint projections kick in, most of the experience amounts to distracting noise.

Though obscured by the aimless verbiage, Lina’s songs work as well in a solo hour as in a variety show guest spot. Following fan favourites Mail Order Bride and That’s Not My Baby, new numbers Not Another Fucking Ukulele and the title song are catchy, sharp-witted anthems of political incorrectness that wring side-splitting cheer out of uncomfortable truths. The sensitive, often downright outrageous themes hang on her impeccable delivery – confident, straightforward and a lot more graceful than her handling of bad press.

It’s Not Easy Being Yellow offers a good eight songs in which to savour the adroit simplicity of Ria Lina’s musical comedy, roughly the average for an hour-long cabaret show. They’re hardly worth the trouble of putting up with the rest, though. Whether you’re a fan or a first-timer, it’s not easy being in the audience for this.