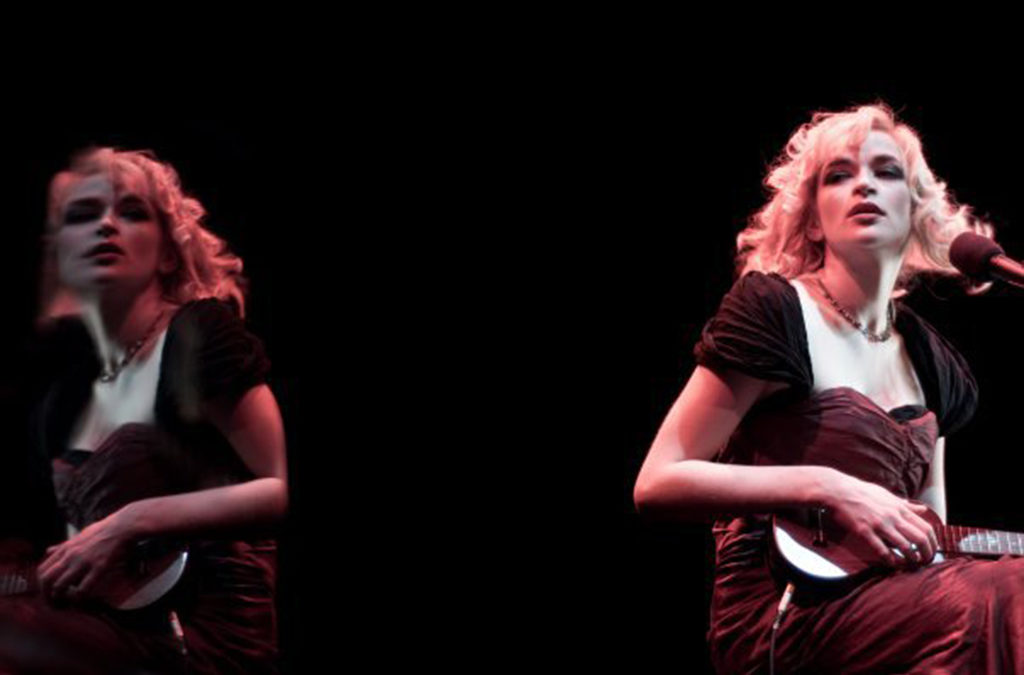 Lady Carol’s new solo venture at the Edinburgh Festival Fringe is misleadingly billed as comedy-cabaret. Lady Carol Must Die is actually more of an outstanding singer interspersing haunting covers with accounts from her abusive childhood in Ireland.

A cheery sing-along to Minnie the Moocher warms the audience, and the jollity is carried through into a lovely cover of Que Sera, Sera. After that, the show descends into a full examination of her troubled relationship with her father for much of the hour, with that initial musical cheer replaced by tunes like The Sound of Silence and Nick Cave’s Weeping Song. 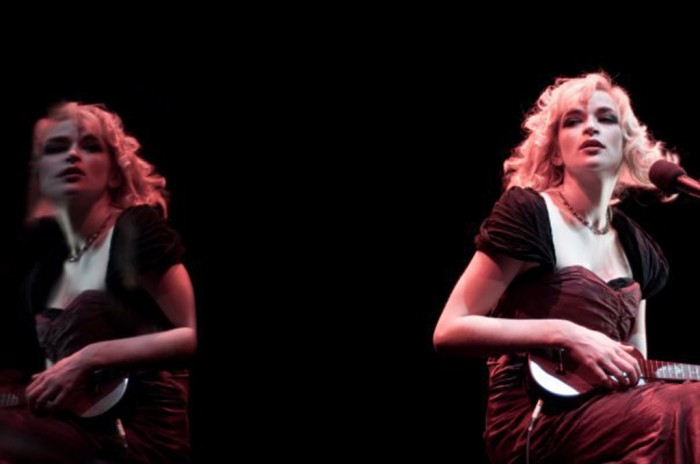 Bullied at school and with a prevailing shadow cast over her family by a dysfunctional household, Carol narrates her story of misfortunes with no resolution or denouement. Likewise, watching the digital slideshow that accompanies her singing feels like stalking a new Facebook friend you know to be beautiful but troubled. The juxtaposition of a latex-clad teenage goth with her current ukulele diva persona is disquieting, to say the least.

Towards the end, she tears off the blonde wig and silk hood she had been wearing, but nothing in her performance makes clear why she had been hiding under them in the first place. It’s just one of other gratuitous affectations, like a brief unjustified mention of adding “Lady” to her name early in her career.

Lady Carol has an undeniably stunning voice, at times dwarfing her ukulele. When paired with such depth, the instrument can sound tinny rather than sweet or charming. She stands out from average musical comedy ukulele player, both for her vocal chords and for her material. Lady Carol Must Die, however, is an unexpectedly uncomfortable hour that leaves the crowd neither uplifted nor entertained beyond the obvious appreciation of her vocal skills.