Four Reasons To Fall In Love With Anna Lou Larkin 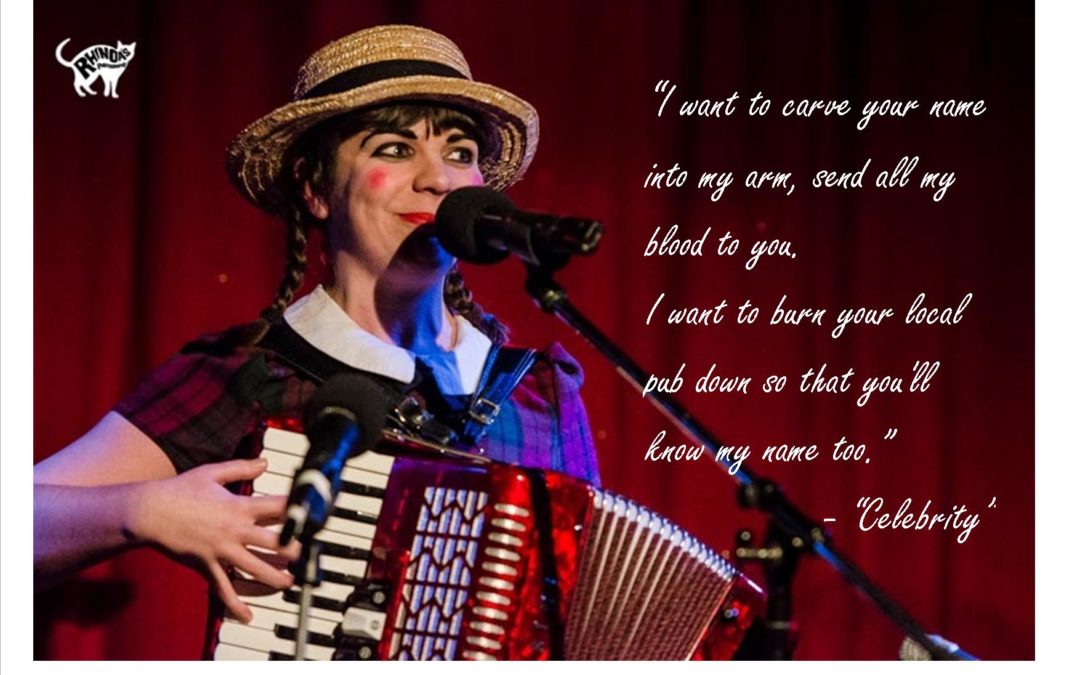 There will always be a place in our hearts for Anna Lou Larkin, the Glaswegian chanteuse who sings of blubber and blood and Trotsky apologists. This may be the twisted lyricist our mother warned us about but we can’t help but be enamoured by someone who rhymes ouzo with Rousseau and plays her accordion with such style and skill.

Her unhinged melodies are a frequent feature of Cabaret Roulette, a monthly variety night which lets the audience decide the theme for the forthcoming show. Those looking for a fuller Larkin experience are in luck as she will be regaling the faithful in her own one-woman show to be held on 30 April at the Royal Vauxhall Tavern. Also appearing on the night will be master of furlesque Kiki Lovechild, spectacular sideshow from Snake Fervour and cheeky ecdysiast Trixi Tassels.

Below we present four examples from the lady herself showing how she tackled past Cabaret Roulette themes Asylum, Science, Fairy Tales and Celebrity. 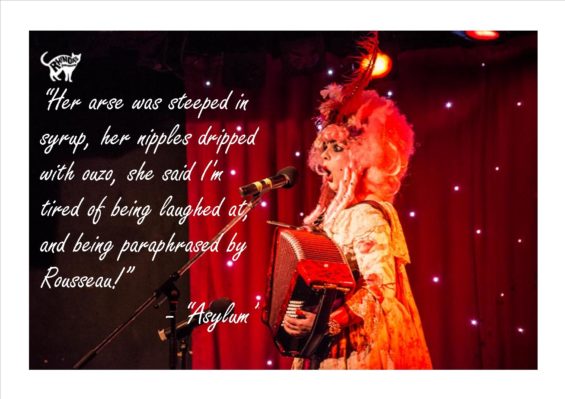 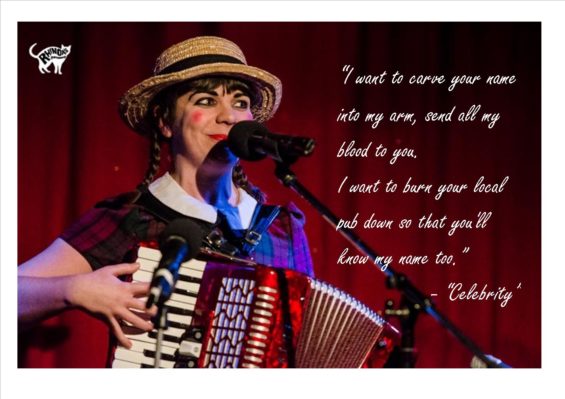 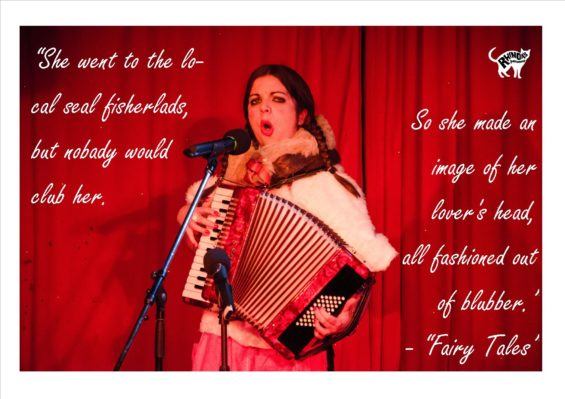 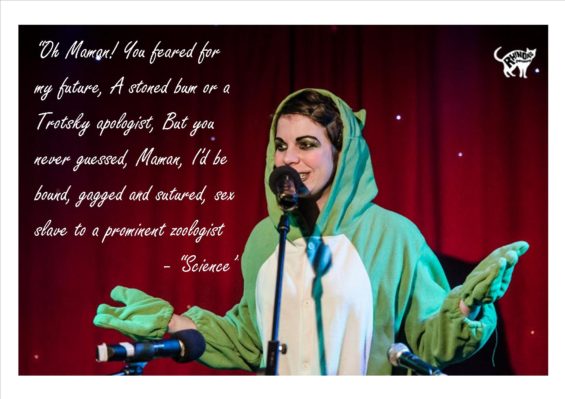 Full information and tickets for Anna Lou Larkin’s show next month can be found on the RVT website.