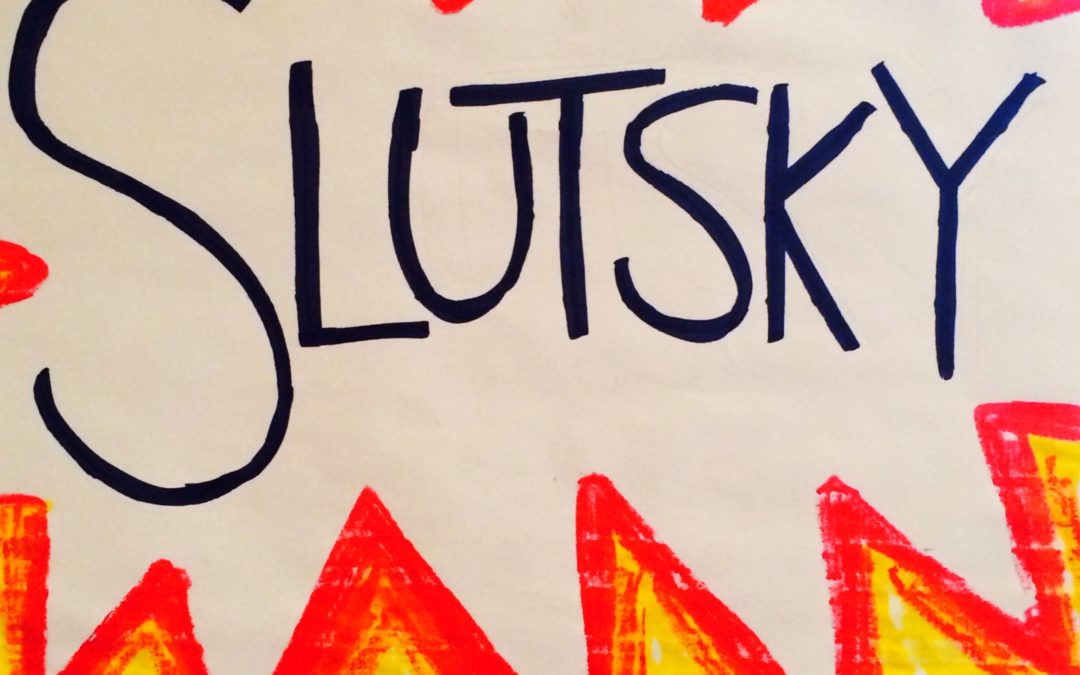 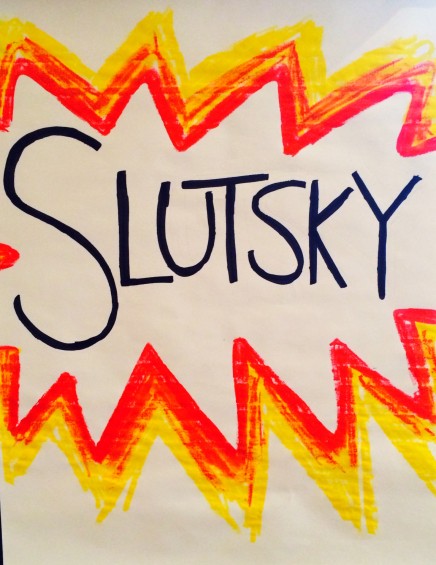 Zoe Charles, better known to some as burlesque dancer and teacher Lady Cheek, reveals her hilarious past in a new show. Memoirs Of A Slutsky.

Tonight, Zoe Charles’ debut comedy show Memoirs Of A Slutsky returns to London at Camden’s Etcetera Theatre. Proving that it is not just the Sunday broadsheets who get to do serialisations., we are presenting three chapters from her autobiographical adventures. Charles is possibly better known as Lady Cheek, the burlesque artiste who turned entrepreneur and set up her own school The Cheek Of It! but for her latest show she has put away the tassels.

As part of the 2013 Mimetic Festival, we caught an early version of Slutsky and saw a very different side to this multi-talented performer. Shorn of the glitz and glamour of her usual stage alter ego, Charles still casts a powerful spell over the audience with her hilarious delivery of a colourful past. She took this show last month to the Brighton Fringe Festival and we have managed to get our hands on exclusive extracts of the show. Here is the second part in which we meet her sisters Bib and Babber. (You can read the first part right over here.)

Obviously I was the black sheep of the family, but what makes this even more obvious is that, for geographical circumstances that I won’t go into now, I have a Home Counties accent. My sisters have West Country accents and say the most amazing things based on totally grammatically incorrect English.

Sayings like “Where’s it to ma?” (Where is it?), “What be up me old but?” ( How are you?), “Alright babber?” (Hello), and “Ooh, shamer, shamed; I know what you done ’round the back of Lidl’s and it’s disgusting, shamer.” (Your actions have brought shame upon yourself and/or your family).

I like to call them the fishwives but they are actually called Bib and Babber. They are larger than life – big eyed, big boobied, and big mouthed – and they are not afraid to tell you what they think. Despite their love of saying the word, these two have absolutely no shame.  Bib and Babber rebelled against their deeply spiritual and alternative background to the extent that they would fit quite nicely into programmes such as Ladette To Lady, Drunk And Dangerous, and What Happened In Magaluf Certainly Didn’t Stay In Magaluf.  Their drink of choice is snakebite and black accompanied by whatever shot happens to be fifty pence or less, and this combined with their natural exuberance and passion for life has earned them many tales to tell the grandkids.

For example, for my birthday last year the siblings descended upon London. We set off for a night out in Angel with my little sisters terrified and delighted by the ride on the tube. They had both just returned from an all-girls holiday to Magaluf.

“Oh my God, Zoe, I’m not being funny, but these poles totally remind me of a club in Magaluf. Oh my God, Babber, do you remember?”

Babber, already doubled over with laughter clearly remembers the incident.

“Right, we was dancing in this club and Babber was on the podium with a right short skirt on; she’s totally got her ass out! And then this tune came on – I love that fuckin’ tune. Babber, what’s it called?”

Babber manages to squeak out through fits of laughter, “I dunno, Bib, but it’s by Sean Paul.”

“Oh yeah that’s it, right. So that song comes on and Babber’s trying to do that move – you know, the one from the video where the woman bangs her batty cheeks together. And I’m dancing below with my hands in the air and jumping up and down, and then I feel something funny on my hand. Babber’s looking down at me and screaming and I don’t know what she’s saying, so I carry on dancing and then – oh my God! I realised that I accidentally fingered my sister! Zoe, I accidentally fingered my sister!”

The whole carriage is wide-eyed with shock, fear or perverse delight; it is hard to tell. I, however, am bright red and frozen with humiliation; my birthday is ruined and we might as well go home. Despite being a burlesque dancer, I am actually a massive prude. A public confession of incestuous violation is my worst nightmare.