EXCLUSIVE: Be The First To Listen To Laurence Owen’s Lullabies Of Pervland 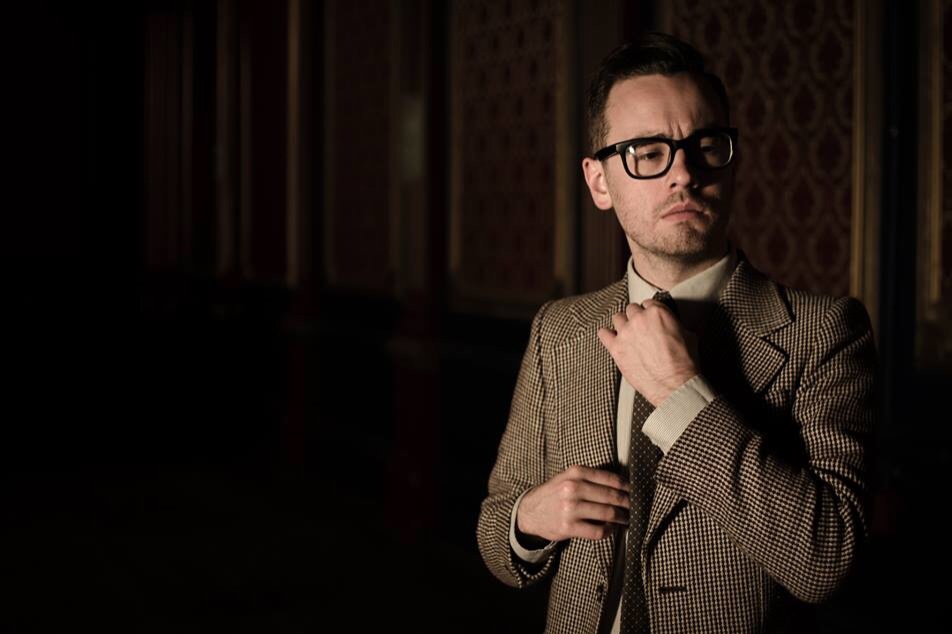 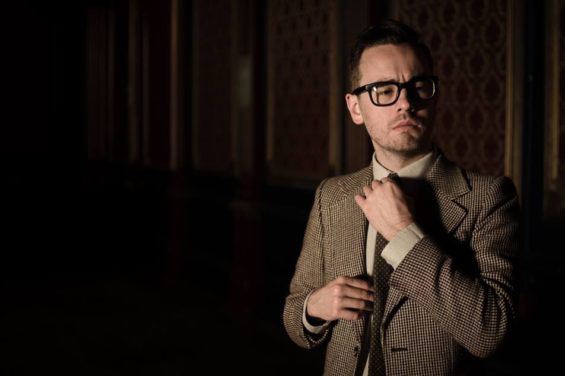 Marrying dark wit to some sweet guitar licks, Laurence Owen is most definitely the troubadour your mother warned you about. His latest collection of deviant ditties Lullabies Of Pervland is packed full of the trademark mordant humour that saw him carry off third place at this year’s Musical Comedy Awards and you can hear them here first.

This time around, the topics range from stalking to toddler fantasies to the choices for modern women as suggested by Disney. Stuck for an alternative Hallowe’en costume? Pervland has the ultimate suggestions as well as some personal perspective on the Edinburgh Fringe experience.

Below, Laurence Owen gives us some insight into each of the new tracks. Read on, Macduff.

You have dust in your eyes and a throbbing in your thighs. You have been traversing a scorching wilderness for as long as you can remember. Amidst the heat haze you think you see the faint glitter of civilisation. But you and your fellow traveller know this is just the beginning. You’re approaching all humanity’s spiritual home.


Welcome To Pervland (Population: Us)

And here it is. The titular Pervland is the ephemeral town to which our imaginations go in moments of unsavoury thought. It’s also an excuse for gratuitous euphemisms galore.

There are times in a young man or woman’s life when they start to notice things about themselves and other people. To some people, these observations come earlier than most. I was three. Here’s my story.


It Wouldn’t Be Edinburgh

Like many performing types, I have something of a conflicted relationship with the vast and shamelessly attention-seeking hussy that is the Edinburgh Festival Fringe. Ultimately, though, I couldn’t imagine life without her.

Well. If ever I needed reassurance that it was a good idea not to be beholden to the demands of a record label, this song is that reassurance. It’s a seven-minute long orchestral dissertation on feminism in Disney films. Je ne regrette rien.

A gripe of mine is modern life’s reclassification of what is appropriate costumery for a holiday which is supposed to be about celebrating the dead and warding off evil spirits. Do I mind people dressing up? Not at all. Just make sure you commit.

Simple, really. I felt the demands laid out by the narrator of the folk song Scarborough Fair were a bit damn presumptuous.


Ways To Leave Your Lover

In life and love, you must often be cruel to be kind. But what do you do when you just can’t bring yourself to go through with the tough love? Answer: definitely not this.

I’ve always felt that science fiction is a very effective antidote to anything remotely sexual. Don’t call it a boner-killer. Call it a palette cleanser. Because now we’re going to blow the lid off the truth behind the greatest sci-fi cover-up in history. Strap in, young padawans.

I’m not saying anything about this. It’s a traditional song – that’s all you need to know.

I like to end things on a warm, cheery note, and what better way than with the festive outbursts of someone who just loves Christmas, despite Christmas feeling a bit indifferent towards him. Tissues at the ready, folks. This one’s a weeper. Goodnight.


More information on Laurence Owen can be found on his official website.You can see the full list of upcoming gigs here.

Behind The Mask: Exclusive Insights Into Marcus Reeves’ Debut Album