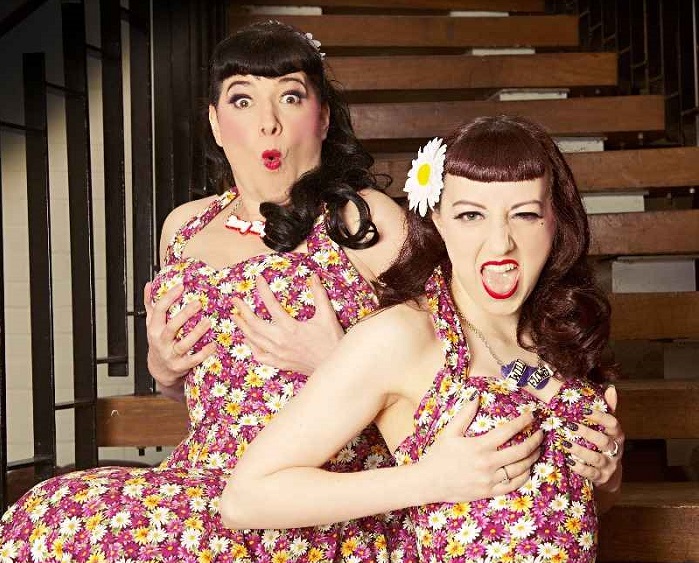 In March, the festival announced that they had been successful in a bid to secure funding from Arts Council England. Believed to be the first time that ACE has contributed to an event of this kind, the grant was used to fund an outstanding series of shows which featured local, UK and international talent including American superstar Perle Noire. At The Burlesque Awards in London this September, the festival was named the Best Festival/Event.

HBBF is now established as one of the highlights of the UK cabaret calendar and it is a shining light in the Yorkshire burlesque revolution which has seen brilliant new shows appear in Sheffield and Leeds. The 2017 festival will take place over 27-30 April 2017 and, while, the full-line up won’t be revealed for another couple of weeks, the veil has been lifted on the show schedule.

All shows will be at Hebden Bridge’s Little Theatre unless otherwise stated.

Turn up at 7.30pm for the latest Legend In The Making competition. This may be for newer performers but the talent levels among last year’s contestants were impressive and the bill featured an international cast; last year’s winner, boylesquer Uma Shadow, came all the way from Las Vegas and is coming all the way back to hand the crown onto the 2017 winner. The fun continues at 10.15pm with a new show called The Late Night Quickie, a dark and dangerous hour of envelope-pushing cabaret.

Get that Friday feeling at the 7.30pm show Laugh  Your Knickers Off Comedy Cabaret and then stick around for the return of one of last year’s absolute highlights Diversitease at 10.30pm.

Kicking off at noon and back by popular demand is Tina T’urner Tea Lady with her own full-length solo show. That’s followed at 2.30pm by the much-anticipated debut by Kiki Lovechild and Pi The Mime. Kiki blew away last year’s audience with his moving and magical Sheets and he comes back with an award-winning London clown in the world premier of what is currently titled The Secret Circus Project By Kiki And Pi.

The biggest show of the weekend begins at 8pm when Todmorden Hippodrome is taken over for the Fifth Annual Hebden Bridge Burlesque Festival Gala. The line-ups have been spectacular in the past and we can’t wait to see who appears this time around.

Sundays are for relaxing and roasts, right? Wrong. The Hebden Bridge Town Hall will be hosting The Burlesque Bazaar from 11am-5pm while at 2pm there will be (given the history of the festival) a very relevant round table discussion of feminism and the politics of burlesque performance called “I Am Woman – Hear Me Phwoar” (venue TBA).

The festival goes out with a blast from 8pm with The Hebden Bridge Burlesque Festival International Showcase.

A limited number of weekend passes covering access to all ten events are available at £85 each (a saving of £37 based on buying individual tickets). Please note that this offer is only available to those who have purchased a Friends’ Membership; the weekend passes go on general sale from 15 December. The full line-up will be announced on 11 December and day passes and tickets to the various workshops will be on sale from 1 January 2017. More information on how to become a Friend of The Hebden Bridge Festival and these passes can be found on the official website.