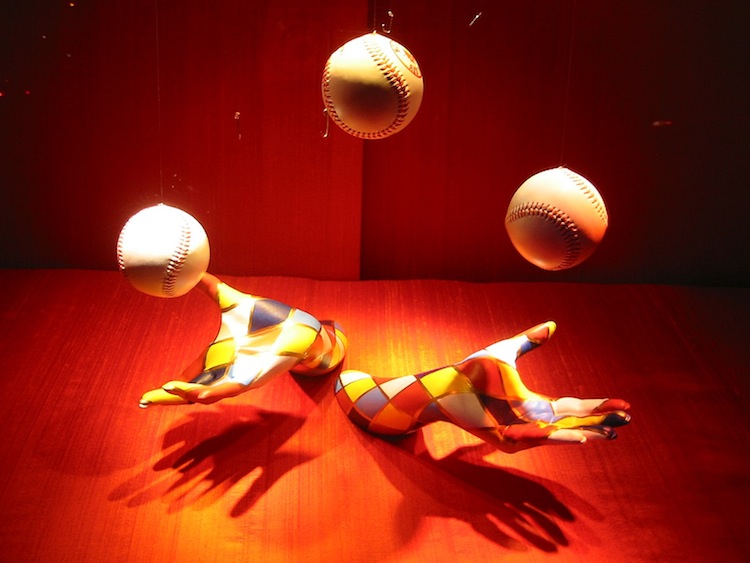 World Juggling Day is this Saturday 14th June, so throw out some of these factoids to your friends and see how impressed they’ll be! 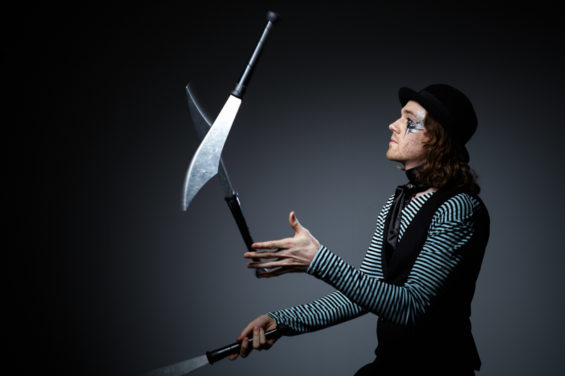 1. The “throwing and catching” kind of juggling is only one of many forms of object manipulation that fall into the juggler’s remit, and is known professionally as “toss juggling”.

2. The “contact juggling” made famous by David Bowie in the movie Labyrinth was actually performed by pioneer Michael Moschen.

3. “Bounce juggling” was invented in the late 19th Century, and is generally attributed to former Russian dancer L.A.Street.  It was initially referred to as “upside-down-juggling” as rubber balls were bounced off a low platform instead of thrown in the air.

4. Just as musicians can record their compositions as a written score, juggling patterns can be recorded with a system of notation called Siteswap.

5. Britain have our own internationally touring ensemble of juggling artists, Gandini Juggling.

6. American juggling clubs are larger than the more common European ones.

7. World Juggling Day has been an annual event since 1995 (previously “National Juggling Day”), and was set up by the International Jugglers’ Association to fall on the closest Saturday to the anniversary of their founding on 17th June 1947.

8. Juggling has its own slang terminology.  For example, to be “Mexican” is very fast, “Russian” is without any drops, “Japanese” is fresh and original, and “French” is conceptual, a bit weird, and possibly pretentious.

The registered UK event for this year’s World Juggling Day is the Oxford Juggling Convention this Saturday, which will include workshops, performance, and stalls to purchase all your toys.

And, if you can’t make it this Saturday, there’s a whole weekend’s worth of activity taking place in the Lake District on the 20th-22nd, organised by Durham City Juggling Club.

In the meantime, enjoy this video from the inventor of “pendulum juggling”, Jörg Müller: