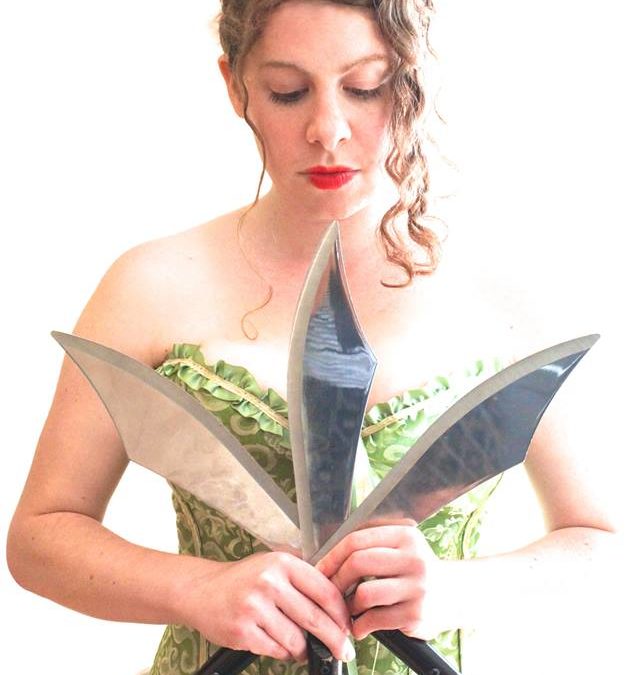 Move aside, Orange Is The New Black. Suck it, L Word. As for you, Tipping The Velvet, you can stick it where the sun don’t shine. And we don’t mean Birmingham. Daggers MacKenzie is the all-singing some-knife-throwing lesbian drama looking to rock Edinburgh next month.

Set in the Wild West, Emma “Daggers” MacKenzie is a girl running away from her home on an apple farm to have what she thinks will be a fabulous life in the circus. She gets it but she gets more than she bargained for when part of that joy rests on her relationship with the circus madame who brought her on. Daggers MacKenzie sees Melissa Kaplan bring multiple characters to life with the help of big top skills and a formidable musical presence. 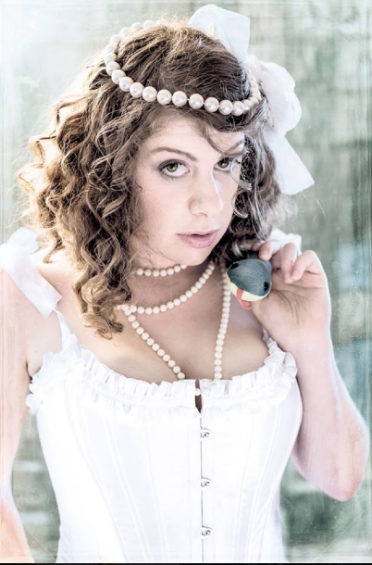 Daggers MacKenzie will be at Spotlites from 16-31 August. Image: Deirdre Holmes.

Kaplan was first compelled to create what she terms “her one-woman, lesbian circus indie pop-rock opera” after playing the role of “Yitzhak” in a Boston run of the musical Hedwig and the Angry Inch. The multi-talented writer, singer and juggler developed the story further while touring Europe as a guitarist with The Bitchfits.

For her show, Melissa Etheridge’s guitarist Michael Eisenstein recorded the soundtrack but the circus skills are all down to Kaplan. As she told Diva, “As I began studying for the roles I realised pantomimed juggling looked ridiculous, so I began training – I enrolled in a circus and theatre school. I didn’t stop at juggling – the pros there also taught me clowning, mime and physical theatre. There is palpable love for the art here. I’ve wondered out loud why it took me so long to find this world.”

The show is directed by Stephanie Abrams, founder of the school and theatre Kinetic Theory Circus Arts in Los Angeles, who also trained Kaplan. Her experience studying with Abrams has affected her deeply: “Circus has really inspired me. I’ve only fallen into it in recent years through my training (at KTCA). It’s changed the way I approach my art and even the way I think”.

Kaplan believes that the audience have an important part to play in her production. “Daggers is a performer and her world is a circus, and the audience gets to become part of her world. It’s crucial for the characters to have an audience for their show, as it’s a show within a show.”

Click here to see all our EdFringePicks so far for 2015.