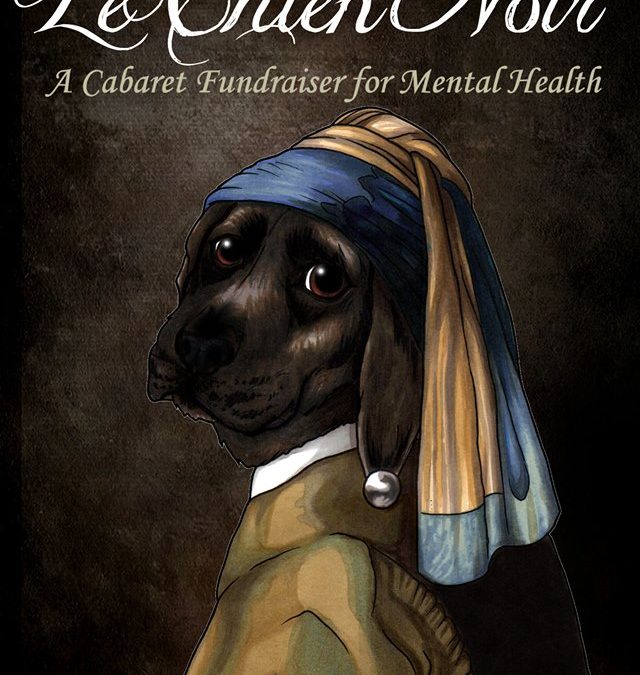 We like our January nights like we like our coffee: short, dark and hot. The year has only just started but there’s some lively entertainment this month which will warm up any chilly evening. Truly, if you can’t find something in this list worth spanking the last of your Christmas gift money on, we’ll eat your hat*.

One of the best cabaret shows in the world can still be found in their beautiful Southbank Spiegeltent for a few more days and it now comes with added Camille O’Sullivan. Get in.

Until 17 January. Full details on prices and showtimes.

After a memorable night last January, Cabaret Roulette producer Vivacity Bliss brings together a packed line-up for another fundraiser in aid of mental health charity Rethink. Tell the Black Dog to go for a walk for one evening and book yourself into the RVT for a night of drag, comedy, boylesque and music in aid of a damn fine cause.

Jonny Woo & Le Gateau Chocolat: A Night At The Musicals

Two very different drag superstars sharing one stage should be a recipe for disaster, right? Wrong. Watch East End legend and landlord Jonny Woo is the perfect foil for Le Gateau Chocolat (La Soiree, London Wonderground) as they tear through a raft of stage and pop numbers in a show which manages to be both supremely silly yet hauntingly spellbinding.

The Best Bits Of Roulston And Young

Michael Roulston and Sarah-Louise Young, the acclaimed pair behind Julie Madly Deeply, return to the Crazy Coqs with numbers which veer from elegantly-worded filth to filth-laced elegance.  Here they are in action on their classic Don’t Hand Me Your Baby.

What happens after you die? Moribund’s nuanced exploration of life after death wangled them five-star reviews at the Fringe last year and it comes to London this week. Go dark with this two hander from George Collie and the Vaudeville Broadcast’s Rosie Kohl.

It may be long past Boxing Day but this two-part bargain is worth a look. Burlesquing costumier Elsie Diamond and veteran vaudevillian Mr Meredith each perform their one-hour shows. The glamorous Diamond evokes a vintage era through songs and numerous costume changes while Mr Meredith is a musical fountain from which a torrent of smut, innuendo and deviant ditties pours forth.

Lynn Ruth Miller: Not Dead Yet

The winner of the 2014 Edinburgh Fringe TO&ST award (the only prize at the fringe dedicated to cabaret acts), Lynn Ruth Miller is quite likely the sassiest octogenarian in town. Her past shows have combined burlesque with banter and her latest opus Not Dead Yet promises to be another vivid affair.

As outrageous as she is scary, alt-horror creation Baby Lame is the drag queen your mother warned you about. Her award-winning Don’t Call It A Comeback show left many terrorised and some smacking their (occasionally Nutella-encrusted) lips wondering where this thrill ride will go next. Find out this month at The Glory when they curate a night headlined by provocative performance artist Mouse.

Those who can’t wait until 25 January for a Burns Night can stop off at the RVT for Bar Wotever’s film night, an evening dedicated to BURN, the platform for moving images by cabaret performers created by critic and programmer Ben Walters in 2010. The evening is hosted by Miss Cairo and will include a Q&A on what the moving image can bring to cabaret.

The greatest underground festival in London kicks off again at the end of the month. Highlights include Christine Bovill’s Piaf (29 January), the terrifying Greywing House (4 February), cult favourite Diane Chorley (12 & 13 February)and a couple of variety nights in The Night and JunNk Live  (17 February)

If circus is more your bag, we have an expert selection right over here.

* For health and safety reasons, we ask that the hat is made of chocolate, preferably Italian, Swiss or Belgian.