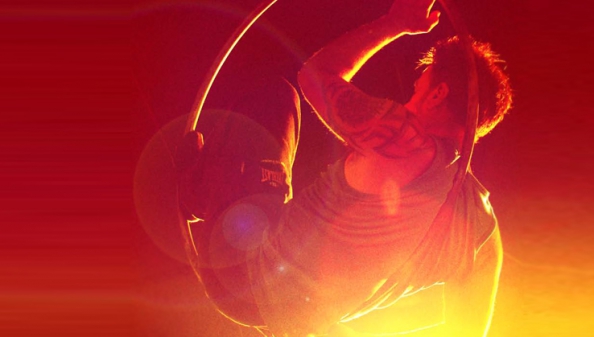 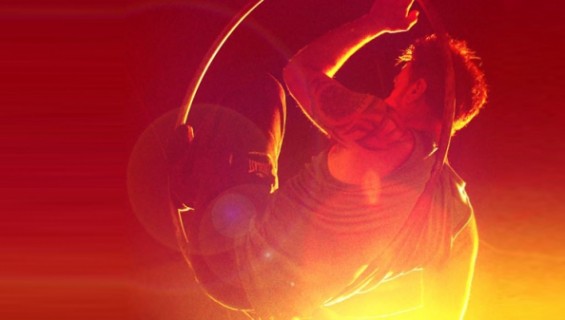 Belonging, a multi-lingual aerial show created as a collaboration between the UK’s Graeae Theatre Company and Brazil’s Circo Crescer e Vivier and running at the Roundhouse as part of CircusFest 2014, brings together a diverse cast of physically disabled artists to explore the question of what connects and divides us as people.  It is an ambitious project for an ever-ambitious company, and very nearly hits its mark.

Centred on a building 15 minutes from its destruction, Belonging focusses on the memories of the community who have reluctantly come to say goodbye. These final tidings generate a whirlwind of activity: rigging hangs from the ceiling like vines, the occasional chill of an ambulance siren cuts through the musical score, and the always-visible cast and crew ebb and flow throughout the space to tell short vignettes about love, loss, friendship, fear and acceptance.

There are moments exquisite in their poignancy.  Hoops performer Jez Scarratt as the detached commuter, hypnotised by his smartphone, is haunting and all-too-familiar, while the tumultuous friendship between trapeze artists Marcos Silva and Stephen Bunce crackles with depth and humanity. Doomed lovers Sean Gittensand Lyndsay Adams play out a duet which adds a much-needed touch of humour, launching from charming and witty clowning during the courtship phase into an evocative hoop-based dance in which the two artists mirror each other’s missing limbs to form shapes that are wonderfully and powerfully complete.

In fact, it is when the company concentrates on classical circus skills that the show finally soars.  Graeae’s mandate is to force audiences to challenge their preconceptions: never is this truer than when watching Andre Melo de Souza scale and manipulate silks without the use of his legs, completing standard circus moves to create entirely new shapes and moments.  Across the board, the circus work is breathless in its athleticism and its courage.

Experimentation with music and language are less successful. Predictable, wooden and sometimes difficult to understand, the spoken moments – read off cards into a blurry handheld microphone – are by far the weakest, providing pedantic exposition to emotions and journeys already well-served by the physical work. It is disorientating and at times alienating, which may well have been intentional:  Graeae write on their blog how the creative process began with a discussion of the prejudice and isolation the performers have all felt as a result of their disabilities. Despite that, the spoken elements ultimately adds nothing to the cohesion and promise of the piece as a whole.

In the end, Belonging succeeds at challenging expectations of what disability means, and its questions about the ways in which we choose isolation or community are genuinely thought-provoking. On those terms, this is a fine effort with a great deal of promise, and deserving of its place in CircusFest 2014.

Circusfest finishes this week but there’s plenty more to catch.