Call My Fluff: Which Of These Vaudeville Acts Is Just Too Incredible? 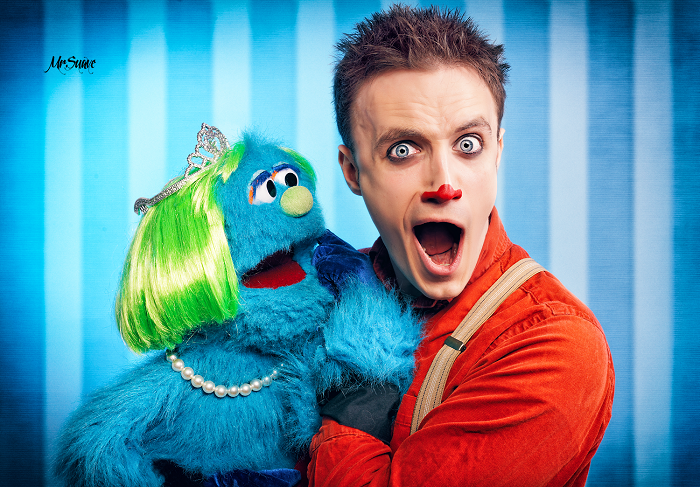 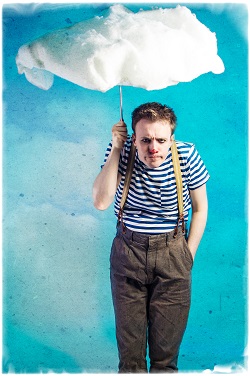 Kiki Lovechild brings his show the Weatherman to the Mimetic Festival on 20-21 November.

Next week, acclaimed clown Kiki Lovechild brings his critically celebrated debut production The Weatherman to the Mimetic Festival. His unabashed love of the history of vaudeville and variety has heavily influenced his career and we leaned on his expert knowledge to see just how smart our readers are.

Below, Kiki describes some of the wildest acts in vaudeville history. All are incredible – but one of these stories is not entirely true. Which of these contains some slight fibbing?

Kiki Lovechild’s The Weatherman can be seen on 20 and 21 November in the Waterloo Vaults as part of the Mimetic Festival. Kiki is kindly offering This is Cabaret readers a 10% discount for tickets to his show to anyone quoting “thisiscabaret” at the checkout.

Toilet humour is nothing new. The world’s oldest recorded joke – written by comedy greats the Sumerians in 1900BC – is a fart gag. With such a lengthy and weighty tradition behind us (so to speak), you would think it difficult to come up with a new angle. Enter professional farter Le Pétomane from stage left (walking backwards with his derrière facing the audience).

Is it time to resurrect this master art form? Maybe, but I’d rather watch it at the spacious Palladium than the more intimate Madame Jojo’s.

Ivan Chabert: hotter than the sun

My brother drinks Tabasco sauce straight from the bottle. True story. But this is nothing compared to the feats of Chabert, also known as “The Fire-King”.

In 1829, Chabert swallowed 20g of phosphorus – yes, phosphorous – in return for £50, which is incidentally still the going rate for stunt artists at many London venues nearly two centuries later. Not satisfied with this display, he would then enter an oven at 380°F with a cut of meat, sing a song (because entering an oven isn’t entertaining enough on its own), and emerge with the cooked meat, seemingly unharmed himself. Did they have risk assessment forms in the 1800s?

A letter to The Times after this display read “The wonder of wonders is Mons. Chabert, who eats fire with as much gusto as other of his countrymen devour frogs.” Which leads us onto our next showman …

Mac Norton: reach in and take it

Regurgitators and sword swallowers were popular in the golden days of vaudeville. Frenchman Mac Norton (whose real name was the slightly more French-sounding Claude Louis Delair) combined both of these skills in one slightly nauseating routine.

He was best known as The Human Aquarium, for his ability to swallow large amounts of water, frogs and fish. After regurgitating a couple of frogs himself (entirely alive) he would invite his assistant – a young lady with bony arms and a hearty constitution – to “go fishing”. Audiences in Paris, 1916, watched in horror as Mac swallowed his assistant’s arm, before she deftly removed it from his throat with a frog proudly clasped in her fingers. All this in the days before wet wipes.

Known as “The Man Who Grows”, this is not a stage name that I would recommend Googling in a public place. In the early 20th century, Willard would astound audiences, baffle royalty and frustrate his tailors by going from 5’10” to 6’4” almost instantly. The fun he must have had at fairgrounds. “You must be this tall to ride.” “Hang on a second…there we go.”

Dying to know the trick? As doctors discovered through a series of x-rays, it was entirely legitimate and achieved by stretching the muscles of “the knees, hips, chest and throat” and keeping them as stiff as a board. Challenging and – according to British music hall legend Carlton, who learned Willard’s secret – incredibly painful.

So, did you spot the lie?

Readers will be shocked to learn that it isn’t the part about my brother drinking Tabasco, but the story of Mac Norton’s arm swallowing efforts. Although that was a slight fib, Mac Norton was indeed a world-famous regurgitator and Harry Houdini’s favourite. He continued swallowing and regurgitating live frogs until the 1950s when he was in his 70s.

If you want to learn more about the crazy history of live entertainment, you can find a copy of Harry Houdini’s book Miracle Mongers and their Methods or Ricky Jay’s Learned Pigs & Fireproof Women, which feature the artists covered in this article.

Kiki Lovechild’s The Weatherman can be seen on 20 and 21 November in the Waterloo Vaults as part of the Mimetic Festival. Kiki is kindly offering This is Cabaret readers a 10% discount for tickets to his show to anyone quoting “thisiscabaret” at the checkout.