Breast of British: The Story Behind the Photo 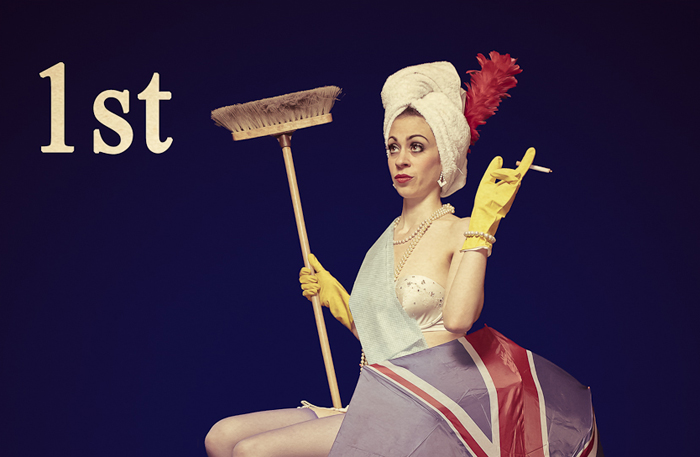 Choosing the poster girl for the Bluestocking Cabaret’s Jubilee edition is easy when the Blue Stocking Society already has Britannia in its ranks. Audacity Chutzpah, our Madam Secretary, won the Tournament of Tease in 2008 with her Improvised Britannia burlesque act. She’ll be bringing the goddess back for Breast of British, our Jubilee-themed show, on June 1st at the Seven Dials Club. Ironically, we ended up doing exactly the same thing in our photo shoot as Audacity does in her burlesque act: making up Britannia on the spot with whatever we could find in the kitchen. 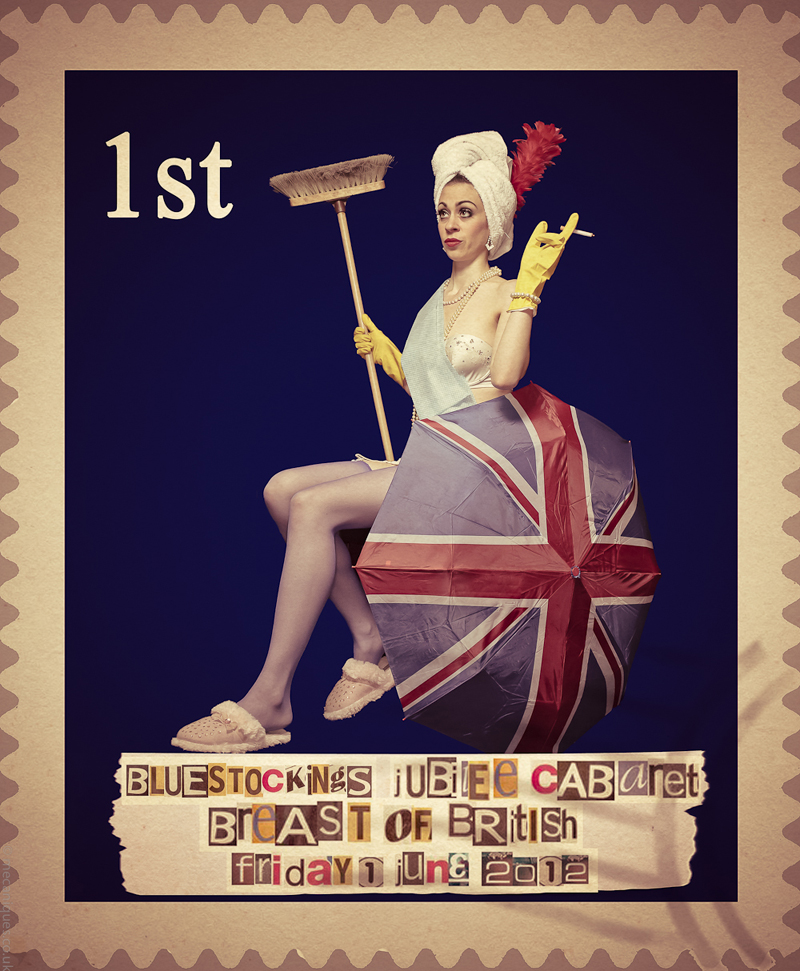 This month’s Bluestocking promo shot was again created by photographer Gavin Mecaniques, hot on the heels of last month’s pastiche of 50s sci-fi comics starring burlesque space-girl Bettsie Bon Bon. Gavin wanted to do something more than a straight portrait shot, so we decided to turn Audacity into a commemorative stamp.

I turned up late to the photo shoot at the Seven Dials Club because I’d been hosting Ukulele Cabaret into the small hours in Brighton the night before. I dashed in to find Audacity and Gavin gazing intently at something in our producer Ria Lina’s hand: a 50 pence coin. A baffling sight, until it dawned on me that the piece carries an effigy of Britannia.

Audacity was already made up and dressed in flesh-pink underwear and fluffy slippers, with her Union Jack umbrella open against the black studio drapes. Key elements of Britannia’s costume were still up in the air, though. How were we going to do the helmet? They had a colander in the club’s kitchen, but it was a vast industrial sized one that made Chutz look more like an alien than a goddess…and that was last month’s theme. We stuck to the same trick Audacity uses in her Britannia act – in which she improvises the look with everyday domestic objects – and wrapped a towel around her head. With her pink feather duster held on the back with a hair clip, the likeness to the national personification was uncanny.

We were almost set, except for one crucial missing ingredient: blue stockings. No one had remembered to bring any. Ria Lina and I headed out into the streets of Covent Garden on a mercy dash. Opaque legwear is apparently not on trend this season. Our something blue eluded us until we tried a vintage shop around the corner that had an 80s pair of tights for £2. We returned to find Audacity balancing on a bar stool, broom in hand, draped in a jay-cloth sash (again, from the kitchen). A guy in the office across the street watched her through the club windows with bemused but rapt attention. 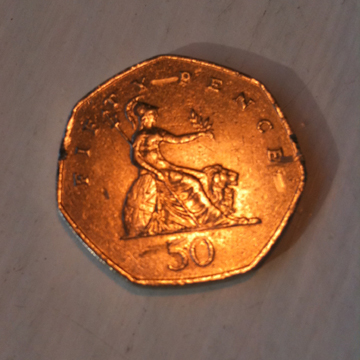 I chopped the top off the tights with scissors: we had our stockings. Gavin sellotaped Britannia’s “shield” to my ukulele case for balance. A metal bucket (we did plunder that kitchen quite liberally) became Audacity’s footstool. Nearly there. Our Britannia looked uncannily accurate, but now we needed to “burlesque it up.”

“Look in the little pink case in my make-up bag,” said Audacity. “There’s a fake cigarette in there.”

Fag in hand, Britannia was suddenly a bored cleaning lady having a smoke. Something was missing to complete the housewife look though. “Rubber gloves!” we cried, in unison.

The cute lad on duty in the club kitchen pondered the latest of our many requests. “I do have rubber gloves, but I’m using them, and they’re covered with corrosive chemicals.” Would Chutz mind a bit of skin damage for the sake of her art? “I’ve got these, too…but they’re both for the same hand.”

If you look closely at the hand holding Britannia’s broom in the photo, you might just spot the back-to-front glove.

All that remained was for Audacity to try a few alternative facial expressions. Her forte – she is after all the clown princess of burlesque. Pissed off, snooty, outraged, bored, annoyed and drag queen were among the selection. We huddled around Gavin’s laptop screen. Our three favourites showed Audacity looking genuinely like a member of the royal family, a domestic drudge and a cross between the two – the quintessential English housewife, wearing an expression of long-suffering pride in her housework that transcended class. Bingo.

Gavin had one last question before we dashed off: “First class stamp, or second class?”

“First class!” we yelled as one. We won’t suffer women to be second-class citizens, especially with Chutz playing a deity – you don’t get more first-class than a Roman goddess. Only afterwards did we remember that the show was on June 1st. We were now stamped and ready to go.