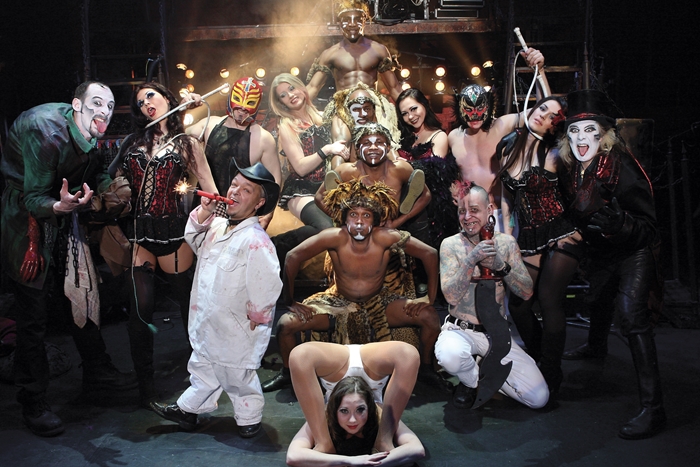 From the travelling big top, through big name productions, theatrical circus, youth projects, circus education and resident shows right through to the weird and wonderful world of contemporary circus and freak shows, new book Circus Mania covers all the bases. 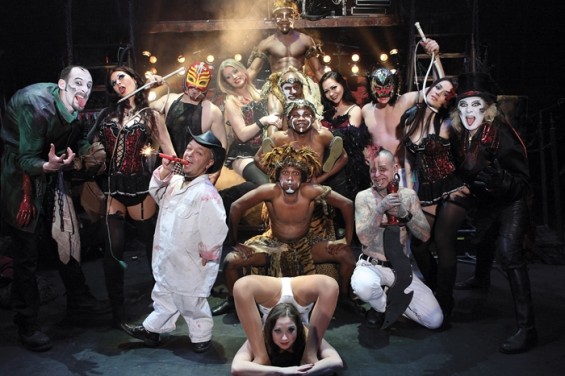 Called “a passionate, up-to-date look at the circus and its people” by no less than veteran circus producer Gerry Cottle, Douglas McPherson’s Circus Mania is a comprehensive examination of circus. It covers every angle, from the historical roots on almost every continent, right through to the travelling shows, individuals and media triumphs of today. With interviews from leading circus professionals and a huge range of historical reference, McPherson has certainly done the research and dug deep into why circus has become so popular, and how it is reaching the dizzy heights it enjoys today.

The book also features frank reviews about much of modern circus, ranging from the billion-dollar phenomenon that is Cirque du Soleil, right through to the traditional travelling circuses, including the animal shows of Martin Lacey’s Great British Circus.

With in-depth and well-supported discussions on animal rights, it is clear that the author has found the ever-discussed elephant in the room. Is it right for animals to be trained as part of the circus performance? A substantial interview with Lacey, along with quotes from the RSPCA and heaps of factual information informs the reader of the realities and the morality of using animals in circuses. As McPherson showed in an article for the Telegraph, there is no clear-cut consensus on this topic internationally or amongst vets and scientists and in his book he makes some thought-provoking comparisons, for example with horse racing;  is it right to train animals to perform night after night? But then is it right to whip a horse repeatedly and make it jump blind, and sometimes dangerous, fences for the purposes of gambling and amusement?

At its core, this book is an close-up look at circus, its people and how it is surviving in its many forms in today’s ever changing world. With such a wide variety of styles covered, McPherson is unafraid to jump head first into the nitty gritty of it all. We meet some old school characters, eager to keep the spirit of the traditional circus alive, along with the new generation in the form of youth projects. Training school Circus Space gets a dedicated chapter, although despite getting an interesting look into the roots of their building and the original site, the author doesn’t delve into the student life too much. This is disappointing considering the depth elsewhere and possibly the book’s chief shortcoming. A lack of detail on the transition from degree student to stage performer is a notable omission in a book where we get to meet plenty of a whole host of other fascinating characters who explain their circus journeys with stories of growing up and sometimes running away with the circus. 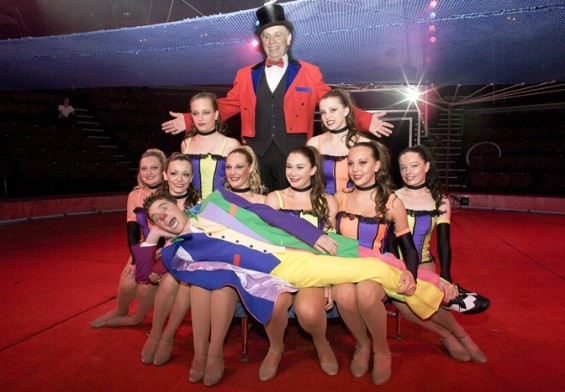 Each chapter focuses on a single subject. The variety of topics is a testament to the author’s passion for circus: the death of silks artist Eva Garcia, freak show Circus Of Horrors and Yarmouth Hippodrome are covered alongside Gerry Cottle’s Stars of tomorrow and Cottle’s Chinese State Circus. Furthermore, McPherson balances the breadth of his book with insightful historical and cultural context. With references to other shows, comparisons to past and present performers and a great number of interviews, the reader gets a real sense of what it’s like to work with the circus. There are discussions on everything circus with Cottle, the Hippodrome’s Clive Web and Danny Adams, Bippo of Circus Mondao, skater John Hamer from Cirque de Glace and John Haze, the founder of Circus Of Horrors. A wonderful extra is a cultural and in-depth look at the changes in clowning throughout history, illustrating how the auguste and whiteface roles have changed and adapted over time.

A detailed history of Cirque du Soleil provides a walkthrough of how this world-famous show started by street performers literally got off the ground and into space. The precarious beginnings – including a financially unstable production with all of the company’s hopes pinned on one festival – are covered right through to the modern day successes and the huge organisation it has become with its multiple shows simultaneously performing and touring worldwide. McPherson also reviews a performance of their Varekai, picking apart the elements of the show and taking the reader behind and beyond the glitzy veneer.

With clear examples and references throughout the book, each point and opinion McPherson makes is supported by a wealth of information. The research and study that has contributed to the book is outstanding, leaving little room for criticism. Pack your bags before getting stuck into McPherson’s book: it may leave you yearning to run away with the circus.

Circus Mania is available from Amazon and iTunes. More information on the book can be found on Douglas McPherson’s official website.