Blasts From The Past With Benjamin Louche 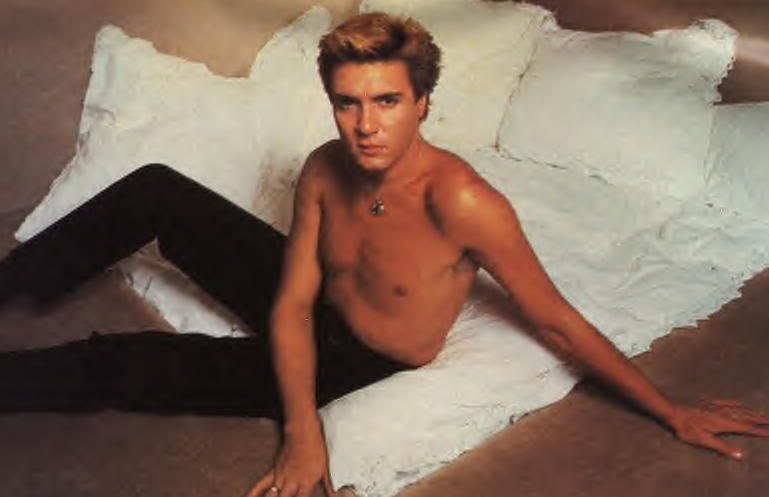 Before Benjamin Louche and company unleash the latest fundraising, 1980s-celebrating, all-singing and some-dancing C30, C60, C80s Go! next Thursday, the award-winning frontman gives us a guided tour through his aural recollections of that era. 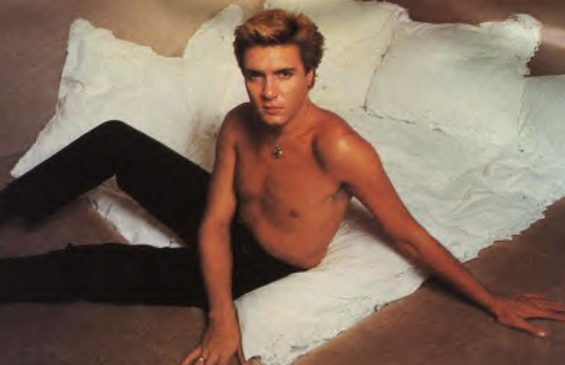 The 1980s were an overtly theatrical time in music, the dressing up box well and truly raided, every band a potential cabaret act, kind of like a pop culture pantomime! If you wanted to be a pirate, then you were a pirate. If you wanted to be a savage, an aristocrat, a vampire, an Indian chief, then you could be. For this reason The Double R Club and Beyond The Cabaret have staged another incarnation of C30, C60, C80s Go! to celebrate, (lovingly) mock and generally luxuriate in all that is the 1980s! All proceeds will be going to cancer charities.

For my money, the 1980s were the last decade of true pop music idiosyncrasy. Of course as the Eighties went on, the rise of Stock, Aitken & Waterman, those vile corporate pop music svengalis, proved themselves to be the vacuous forerunners to the glut of Cowell sponsored sewage that currently infects our music and television industries. Early on, though, there was so much promise…

Of course much of the music was godawful. Many of the songs were one-hit wonders (many deservedly so) and much of the fashion downright laughable but, albeit with hindsight, it all looks now like a strangely positive, diverse and creative period for pop music.

With such a strange plethora of styles and sounds populating the charts (back when the charts were even a “thing”), every episode of Top of the Pops was like some bizarre variety show of fashions, gimmicks and genres.

I’ve been asked before for my guilty pleasures of the 1980s. But… I don’t really have any. Guilt or guilty pleasures. If I like something, why on earth would I feel guilty about it? Having said that, though, here are a few gems.

This is frankly an amazing song which starts with one of the most killer drum beats ever conceived, and was performed by a 38-year-old-woman in a cheerleader outfit. What’s not to like? If you hear this song begin and your foot doesn’t tap, you are clinically dead.

Before they became the pastel suit wearing behemoths of 80s pop, this is from their debut album, when they were still very much the New Romantic poster boys. Dandified, flouncy and frilly of shirt, in the video Simon Le Bon is eyelinered and effete, yet still strangely spiteful…an early Louche role model?

Swords of a Thousand Men by Tenpole Tudor

This is truly awesome and bonkers. A group of ex-punks fronted by the man who went on to present The Crystal Maze singing a song in celebration of medieval warfare in full chainmail and armour! And it reached number 6!

Kings of the Wild Frontier by Adam & The Ants

The perfect 80s pop star, Ant was the opposite of today’s whining drivel like One Direction, in that he didn’t sound anything at all like anyone else. This wasn’t music, this was Ant Music. Plus, he was an explosion of different costumes, characters and personas, all from different eras, all in one man!

Featuring a lead singer with the hair style of the 1980s, this is also an almost forgotten gem of synthpop gold. Also, part of the title is in brackets. Which makes it cool. Shut up, yes it does.

In an age when the world felt forever on the brink of nuclear war, a pop song about the plane that dropped the bomb on Hiroshima turned out to be a strangely perfect slice of perversely upbeat Eighties melancholic dance music (before that term referred only to the kind of music that makes me wish for Arma-bloody-geddon).

The Safety Dance by Men Without Hats

Is it synthpop? Is it medieval electro folk? With a video that looks like an outtake from Game Of Thrones, and including the immortal nonsense line: “We can dance, we can dance, everybody look at your hands” this is a song that could only have been a hit during the 80s. Oh, and it has the line: “You can act real rude and totally removed, and I can act like an imbecile.” Personally, I’ve been doing both for years…

For further 80s musical highlights, check out these Mixclouds I put together. One is specifically for C30, C60, C80s Go! while the other concentrates on the explosion of glorious synthpop during the period.

All these songs and so much more will be heard at C30, C60, C80s Go! with some of the UK’s finest cabaret acts as you’ve never seen them before. Turn up to see Fancy Chance, The Original Street Dancers, Mannish, Des O’Connor and many more interpreting, butchering, and generally celebrating the very best and the very worst of the 1980s!

C30, C60, C80s Go! takes place at 8pm on Thursday 8 May. Tickets are £10 and available online here. More information on the show can be found on its Facebook page.

Travel on the night may be affected by next week’s proposed tube strike. Please see the Transport for London website for the latest information.