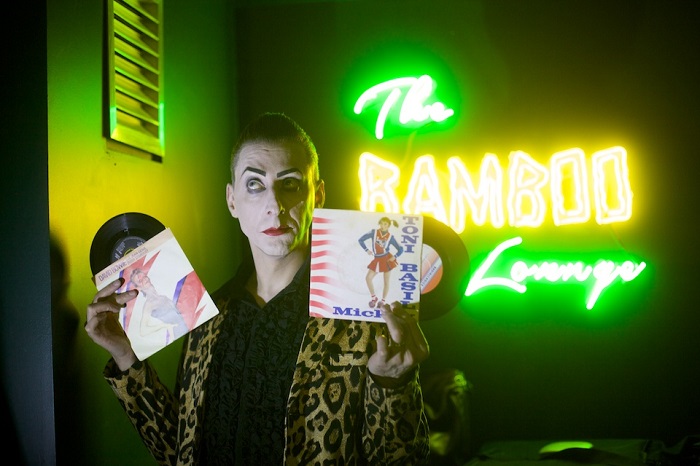 This week, The Double R Club‘s host Benjamin Louche steps off the cabaret stage to man a turntable at his new musical show 7 Inches of Joy at The Bamboo Lounge, downstairs at Fontaine’s.

The concept is a simple one. Entry is free and punters should come armed with their own 7″ records which, for only £1 per song, Louche will play from beginning to end (albeit, perhaps with a comment or two). Each submission must come with one of the provided post-it notes detailing the name of the record owner, which side they want played, and (importantly) why. Was this the first record they ever bought? Did they have their first kiss to this song? Their first break up? Bury their first body?

According to the award-winning compere, he’ll play anything. Well, almost anything: “there’s only one rule on musical content: no Madonna. As a self-confessed ‘musical bigot’, I could have gone on and on with prohibitions and vetoes but, hell, you’ve gotta give the philistines something.”

Those who want to get on Louche’s good side would do well to remember which singles he rates above all others and to get down to The Bamboo Lounge this Sunday and then the last Sunday of every month. Let’s hear from this demon of the decks himself.

It is my firm belief that the 7″ single is one of the great examples of the lost age of the musical artefact. I know people keep saying that “vinyl is coming back” but it isn’t, not really, not in the way that it was; youngsters favour the 12″ white label to listen to their horrible boomboom plinkyplonk nonsense dance music, not the 7″.

And yes, I do remember when all this was just fields.

The 7″ was a perfect object of its time and the perfect vehicle for a pop song. Arguably inconvenient (you had to keep getting up and changing the bloody things ever 3 minutes or so) and as fragile as any vinyl, they felt special, from the first pop and crackle as the needle dropped, to the hypnotic click and scratch as the stylus left the song behind and fell into the inner groove that traced the label around and around and around… And I loved how, if there was a marked change halfway through the song, or maybe a silence, you could see it on the record, you could see the song in the pattern of the spiral groove.

So, for fun, for free, and in celebration of one of the best inventions of the 20th century, on May the 31st,

I want your vinyl oddities, your favourite or, alternatively, least favourite songs. The great, the grating, the godawful and the plain bizarre.

Here are 7 of my all time favourite 7″s, songs to dance to, to be bemused by, to fall in love to and with.

1. The Eurythmics – Sweet Dreams (Are Made of This)

This was the first single I ever bought, from my local post office, probably for tens of pence. My initial purchase may, I say may, have been driven in part by Annie Lennox’s stern and stunning appearance in the video.

Basically just Heroes sung in German by the man himself. Stone-cold genius. Beautiful.

This is either in incredibly poor taste, or making a clever satirical point about how the media reports on, and exploits, large scale tragedy. It’s really just a cheesy muzak-style refrain played over eyewitness accounts of an actual high school shooting. Disturbing. Goes nicely alongside my 2 x 7″s of interviews with serial killers on red vinyl… 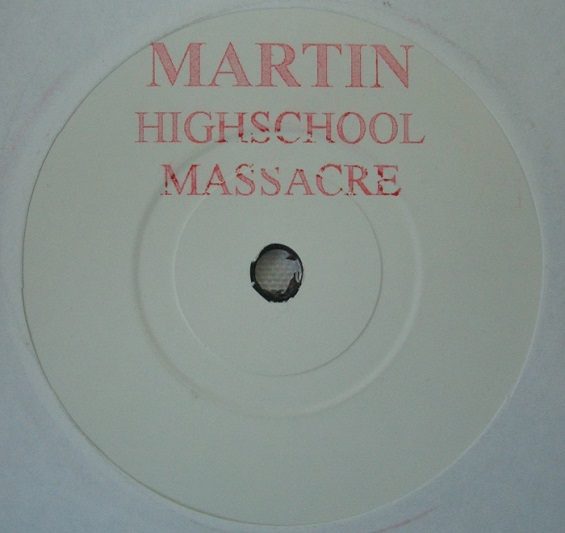 Formed by the guitarist from The Eighties Matchbox B-Line Disaster, this, their first single, sounds like Nick Cave’s Birthday Party and Captain Beefheart having a drunken chair-fight in a pub carpark. A sublime chaos.

From Steve Albini’s peerless minimalist math-rockers, this incredible single contains the song Doris, including one of my all-time favourite lyrics: “Miracles happen when Doris sings / Couples in love stop dead in their tracks / Dishes clatter to the ground, unbroken / Politicians die.” If only we could all cause such reactions by singing. I made a cat throw up once. True story.

Stone-cold genius part 2. The lyrical humour and the irresistible chug-a-long rhythm of this track is wonderfully toe-tapping and addictive.

A slinky, seedy, vaguely sinister (or is that just me?) classic in every sense of the word, if this doesn’t make you move your body, swing your hips, snap your fingers, see a doctor. You may be dead. One theory as to the title is that it’s named after a cat of the same name and that animal’s particular walk…

So there you have it, my seven 7 inches of Joy – or seven that I forced myself to pick out of the multitudes! So dust off those 45’s and I’ll see you, clutching your bundle of deranged and diverse vinyl, at Fontaine’s on May the 31st!