The Subversive Charity of Battle Royal 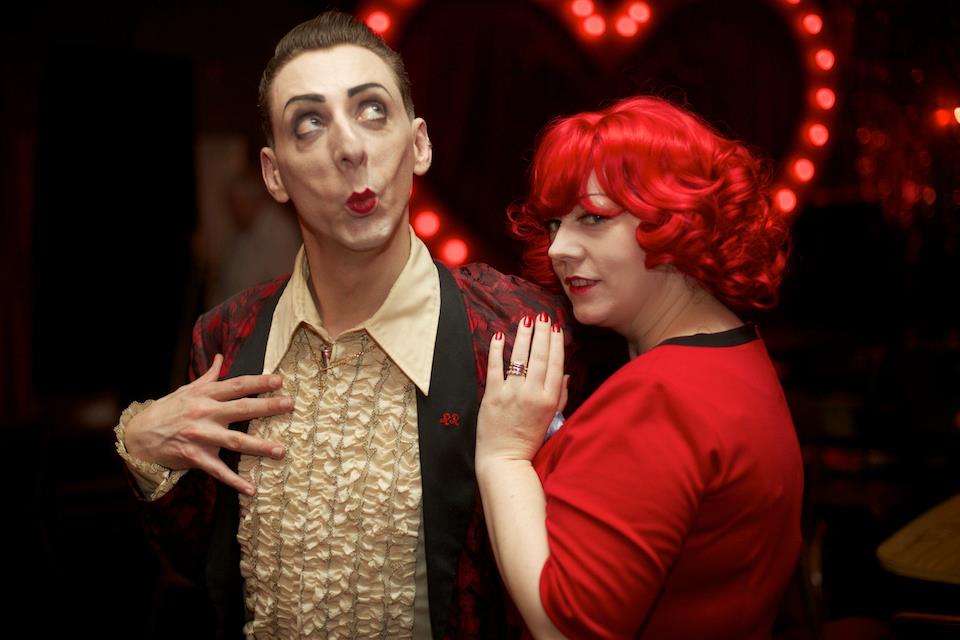 Time was when charity gigs were schmaltzy affairs tailored by PR teams to avoid stepping on the toes of political correctness. Rose Thorne and Benjamin Louche of The Double R Club, though, are not having any of that nonsense: variety showcase Battle Royal, their upcoming UNICEF fundraiser, is out for blood. Blue blood, that is.

If you’ve been to any of their gigs at the Bethnal Green Working Men’s Club, you know compère Louche has plenty of timely bile in store. Rebekah Brooks, Madonna, the Conservative Party and Liv Tyler’s upper lip are just some of the notables he’s savaged with the suavity of a Balkan army. But an easy target like the Queen? On second thought, I wonder what’s taken him so long. This couldn’t be the first time he’ll be bashing Her Majesty onstage.

“Is that a euphemism? ‘Bashing Her Majesty?’ I did once utterly offend a pair of Australian girls with my tirade against the royal wedding,” says Louche. “My suggestion was that it be staged in tandem with the Olympics and that it end in royal death by javelin followed by necrophilia.”

Yep, sounds familiar. I think I was at that Double R. Burlesque performer and producer Rose Thorne, as usual, was running the show with perfect nonchalance. Which only makes me more worried – it’s the quiet ones you should watch out for. Like the Chinese say, crouching tiger, hidden scalp-encrusted pickaxe. 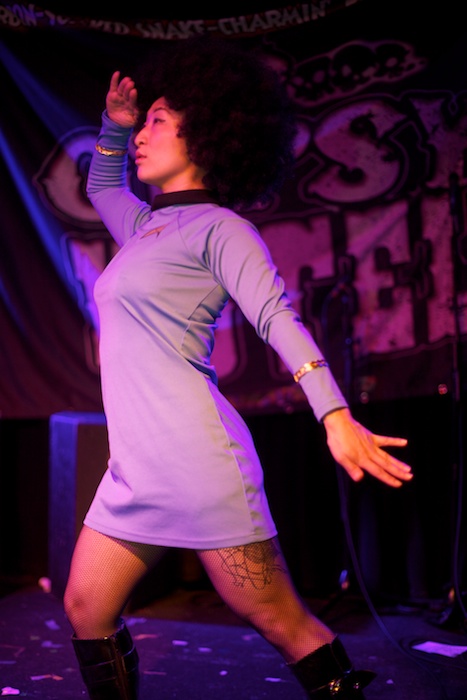 “My last public display of affection towards Her Majesty was receiving my Queen’s Guide award from the Girl Guides in 1986,” says Thorne. “My dad refused to stand for the national anthem. He is my inspiration for the show.”

It does sound like an inspired show. Already confirmed for the bill are London favourites like Guinness-World-Record-holding fire eater Preacher Muad’dib and burlesquer Fancy Chance, as well as a double act by Kitten von Strumpet and Dan Lees from musical comedy duo Moonfish Rhumba. Rounding up the bill is more burlesque from Emerald Fontaine, Randolph Hott and Minxie Mayhem, cabaret from Tricity Vogue and Nathan Dean Williams, and storytelling from trio Georges Kaplan Presents.

UNICEF is not the sole beneficiary of the charitable showcase. Battle Royal is donating 100 percent of its box office to Twelveathon, multiple marathon runner Jim Paterson’s campaign to raise £12,000 in 12 months for UNICEF and Scene and Heard. Based in Somers Town, London, the latter is a mentoring project that offers economically disadvantaged children one-on-one acting and playwriting tuition from volunteer theatre professionals.

It’s not the first time Paterson has enlisted help from the cabaret world. On April 25th, a cast of variety and comedy luminaries like Shirley and Shirley, Frisky and Mannish, Sarah-Louise Young, Richard Herring, Mat Ricardo, Marawa the Amazing and others performed at Chabaret, a charitable revue held at Concrete in Shoreditch.

Raffles are a common feature at variety shows, but I don’t remember one as loaded as this. Rather than dog-eared books and grimy toys rescued from under the performers’ sofas, the Battle Royal raffle will give out as its first prize two Eurostar tickets to Paris. Yes, the one in France, with the river and the leftover scaffolding. If that’s not your thing, other tickets up for grabs include entries to events like The Folly Mixtures Revue, Mat Ricardo’s London Varieties, Lucha Britannia, When Worlds Collide and, of course, the next Double R Club, which just happens to be the 2012 edition of the Miss Twin Peaks Contest. You could also walk away with hand-decorated cakes stamped with Louche’s likeness (now there’s an appetising thought I didn’t need), spa vouchers, champagne and “massages”, though that could be a euphemism. 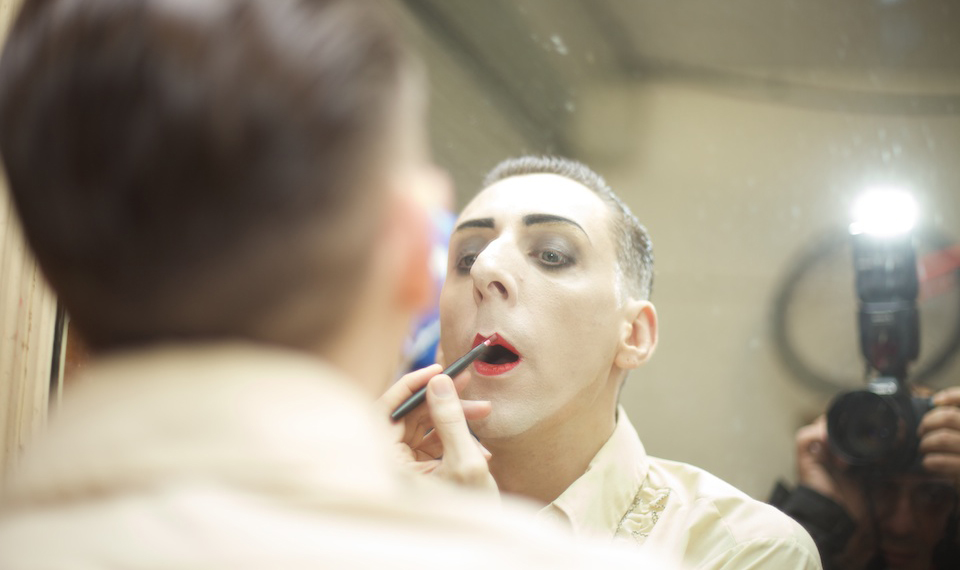 “We want to entertain, but also to rattle the gilded cage of our parasitic royal family,” says Louche. “To stand up and say ‘fuck off’ to the blanket acceptance and kowtowing, cloying sycophancy surrounding this Jubilee horror show during one of the worst recessions this country has ever seen. But chiefly the entertaining thing. And maybe the odd beheading or two.”

Compèring already, Mr. Louche. He obviously can’t wait to hit the Bethnal Green Working Men’s Club next Monday. Neither can I: they had me at the Girl Guides.