Arthur Foxaque And The State Of The Cabaret Nation, Part II 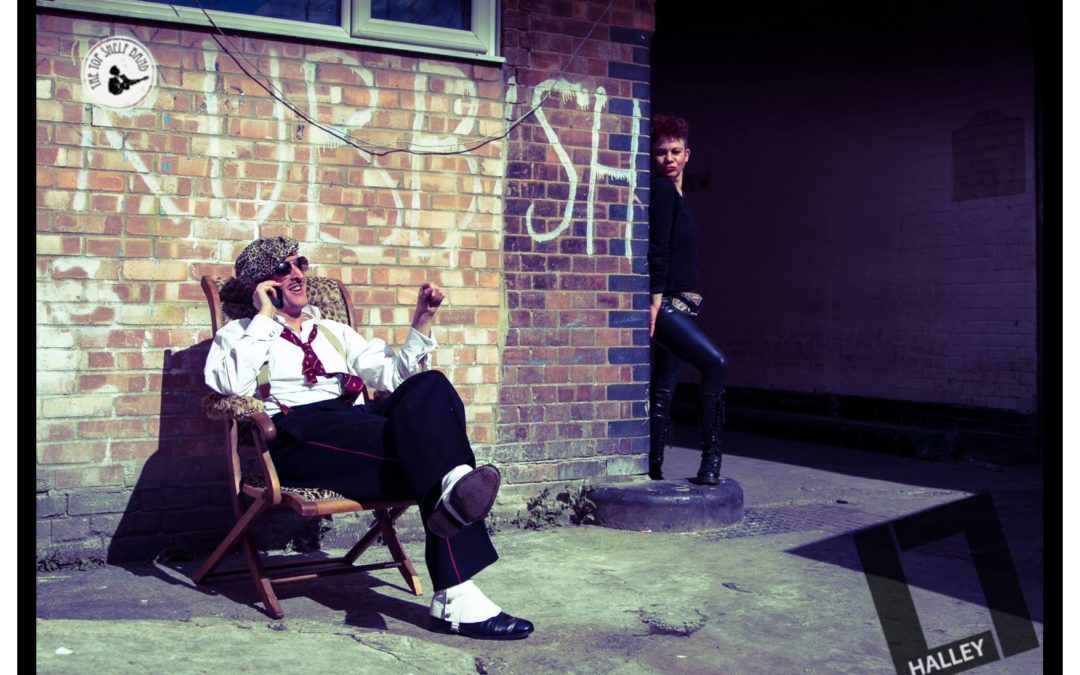 After the rowdy response to part 1, the highly opinionated Arthur Foxaque continues his Cabaret State Of The Nation.

Where did it all go wrong?

Some sort of George Best quote might do the trick here. Ok. OK. The editor is getting a bit arsey now. It’s gone wrong? Isn’t that the point? You know what, It looked like we were all for the dole queue by the end of 2008.

The scene simply evolved. The West End seemingly expanded. The east end bubbled up temporarily. Then spasmed. And is now kicking and screaming again. And the proper fun stuff was really unofficial with events like the legendary “3K Kabaret” rent parties in Harringay, for example, with those Brechtian bastards called The Bohemianauts.

“The very nature of cabaret is DIY.”

But, sweet Jesus and all his gay disco parade, if the budgets didn’t contract for a live band – those kind of gigs simply ceased to exist. Venues closed, club nights moved, downsized, or simply thought it too much hassle & stopped booking bands. And a DJ or the iPod don’t do the same job as a live band. Well, that hasn’t sunk us.

I must observe as you have, as a general rule the most successful cabaret acts are almost always solo or duos. Running a group is expensive. It costs cold hard cash to keep the baseline admin afloat but where do you go from there? The very nature of cabaret is DIY. Have you seen The Worst of Scottee? It is heavy. I nearly cried. He is that good. But Scottee’s formal theatrical pathos hides (effectively) DIY aspects within this context.

Even the splendidly slick summer shows you might see in The London Wonderground retain a large element of joyous improvisation. La Soirée, the undisputed pinnacle, still consciously presents the implication of this cobbled together theme. Still think it can all go wrong? Sorry, but it was never gonna go “right”. It’s the wrongness that is cabaret’s beating heart, duh.

Cabaret is so much more than singing a couple of cleverly adapted pop songs or a witty Noël Coward tune next to a piano. It’s improved by adding a sparkly costume, granted. Then again, everything is –   even I love sequins. There’s naught wrong with it as a paid living, and it forms part of the core of cabaret. But it is in danger of being basic cruise ship repertoire if not thought about. It does go to prove you can polish a turd. However, most of us prefer to polish our own…

Or the devilish wrongness of Lilly Snatchdragon and Miss Cairo, the Meth Lab & Family Fierce reprobates and the more than eccentric Late Night Shop Cabaret.

And that’s the tip of the iceberg, I’ll have you know.

“Cabaret is so much more than singing a couple of cleverly adapted pop songs or a witty Noel Coward tune next to a piano.”

So… about all that name-dropping. Here’s the thing: These individuals and collectives do something quite extraordinary on another level. Contemporary peer group influences and direct critical exchange is invaluable and indispensable to any performance artist. See shows, be in shows, swap ideas, offer and accept observations and constructive critique.

They have inspired me, each other, and new faces to come. But in the dark, dark depths of your fevered dreams, you may also stumble upon the Double R club. I do love a relaxing soirée of remarkably unnerving soundscapes and inexplicable acts…

Cabaret is not about comfort. It’s not a formula per se. It is a facet of the avant-garde. It will give you pause for thought. And It will survive in any form, ultimately. Have no fear. For that, I can give several fucks and still come back for more.

You know, I wish I had paid attention in music lessons.

Talent? Commitment to craft and art form? Damn right, but I wish I had had a better head start. There are some extraordinary talents on this scene and some might include me in this strata. It is flattering to hear. However, I know just how good some artists really are and how much effort they put in. this isn’t a jolly in the park. I work hard to make my band fun, but need to attract the finest musicians to pull this off.

“Of course, you will be bloody surprised what some of these reprobates do in their spare time…”

This is no different for any top tier cabarista as well, whether they collaborate closely with virtuoso musicians or are so themselves. Take in the original numbers by contemporary giants, Sarah-Louise Young and Dusty Limits, both of whom have co-produced with the pivotal Michael Roulston. Add, if you dare, the Dangerwank wrongness of the EastEnd Cabaret twins (Christ! Those two are weird.). As some of you will know, crowdfunding has layered a new dimension to their recent successes. Of course, you will be bloody surprised what some of these reprobates do in their spare time, such as sit silently in darkened rooms.

It’s a serious subject. Some of us are a bit cranky, and must occasionally talk each other off the window ledge. Cabaret is an intensely expressive art form, and the way of life that comes with it can be exhausting; frying your nerves, your relationships and your mental health. This is why some of us really need drugs, booze, (hopefully) sex and a decent shrink!

Failing that, a big sack of cash always comes in handy. Talking of which, have I mentioned my Kickstarter? Click here to check our campaign.

Does the scene need rescuing? Has it pissed down its own trousers and then tried to blame someone else? I can’t answer with certainty. I’m not just talking about the cabaret scene, mind. What I can say, though, is that the very nature of the cabaret scene means it cannot be saved.

It’s not supposed to be saved. That’s its strength! It simply evolves and re-emerges elsewhere. Always has. It is the very boundary and demarcation of the concept of ‘Bohemia’, of counter-culture, The counter-weight, the antidote to the death of critical thought via TV shows and mass-media playing up to the thoughtless knuckle-draggers who can’t suppose beyond Sky Sports or wanking over cars.

But it’s clear enough to me – the cabaret and avant-garde scene (let’s just call it all the Avant-Gaga) will save itself on its own terms without anyone like Batman or Jesus or somebody, trying to help. It is self-sufficient at the outset. If you give a fuck at all, you are probably on it, in it, with it and coming back for more where-ever you may stumble across it, if you are not personally creating content already. Just by buying the door ticket, you keep it alive. Just by thinking about it, even. My cheap ranting is puerile, yes (I’m here to make the rest of us look good).  Do I give 10 fucks? Count them. If you have got this far with this drivel, for what it’s worth, YOU dear reader, give a fuck about the Avant-Gaga. And that is what really matters.

Want some more Foxaque in your life? You can catch up with him and his band on Facebook and Twitter.